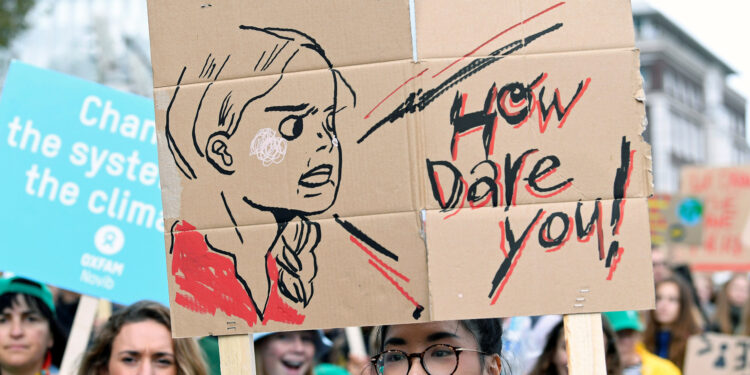 In my Spectator column today I’ve responded to a piece in the Times that identified me as one of the worst offenders in Britain when it comes to spreading ‘disinformation’ about climate change on Twitter. In other words, my tweets sharing Chris Morrison’s articles for the Daily Sceptic are widely shared. To my mind, that’s evidence of the public’s appetite for an evidence-based debate about the ‘climate emergency’ and Net Zero. But that’s not how the Times sees it.

According to a quote in a recent article by the Environment Editor of the Times, I’m “the most prominent U.K. public figure” whose posts on Twitter related to “climate scepticism” are “heavily shared”. This was based on an analysis commissioned by the paper from two researchers at the University of London, Max Falkenberg and Andrea Baronchelli. Apparently, 10 Twitter handles account for 25% of the most widely shared sceptical tweets – and mine is one of them!

When the journalist contacted me asking for a comment, I initially took this as an opportunity for a humble-brag: “I daresay there’s only a tiny handful of people on Twitter questioning the climate emergency agenda, so if just one person shares your tweet you’re automatically in the top 10 for most widely shared.” But then I realised the journalist did not think of this as a badge of honour. “Two researchers have named you in a piece of analysis about climate change disinformation,” he explained.

Hang on a sec. Disinformation? Falkenberg and Baronchelli were asked to do this analysis because they published a study in Nature Climate Change about the growing polarisation between climate activists and climate sceptics. Looking at Twitter data between 2014 and 2021, they found an increase in the prevalence of ‘climate contrarians’ on the platform – people like me – but the word ‘disinformation’ doesn’t appear in their report other than in a footnote. Nor does it appear in their more recent piece of analysis done for the paper, as far as I can tell. The Times’s environment editor just took it for granted that anyone challenging the evidence that we’re in the midst of a man-made ‘climate emergency’ is guilty of spreading ‘disinformation’.

To be fair to him, he did include a quote from me pointing out that it’s not the fact of climate change that I’m sceptical about, but the claim that it’s anthropogenic. I think that could be true, but the evidence isn’t compelling enough to justify the Net-Zero policy. It’s likely more people than usual will die of cold this winter as a result of the increased cost of heating our homes and disruption to the energy supply, both of which are partly due to intergovernmental efforts to reduce the West’s reliance on coal and gas. Are we confident the cure won’t be worse than the disease, as it almost certainly was in the case of lockdown? Whenever I hear the phrase ‘the science’, I reach for my revolver.

The point of the Times article is to raise the alarm about the ‘surge’ in climate-sceptic posts on Twitter since Elon Musk took over. It quotes a UN official who is “alarmed at reports of a flood of climate disinformation“ on the platform, and a scientist condemning “climate disinformation” and “denial”. We’re asked to lament the fact Twitter didn’t act as “the voice of COP27” last month, something it was planning to do before Musk threw a spanner in the works. God forbid he should allow an open discussion.

Why are the people who sign up to the green agenda so quick to label those who disagree as ‘deniers’ or ‘conspiracy theorists’? Why smear my climate-sceptic tweets as ‘disinformation’? It suggests they’re not as intellectually confident as they appear, in spite of using phrases such as ‘overwhelming scientific consensus’ and ‘97% of scientists believe that humans are the cause of global warming’. Indeed, such appeals to authority suggest a paucity of hard evidence.