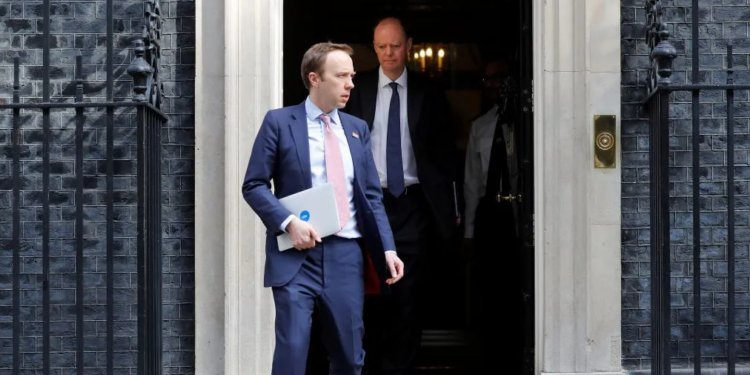 Mass vaccination mission creep, no rigorous vaccine safety monitoring, counter-terrorism units deployed to crush scientific and social media dissent, major restrictions pursued for political reasons without evidence, expert advisers ignored – just some of the revelations made by Isabel Oakeshott in the Spectator this week. Fresh from co-authoring Matt Hancock’s pandemic diaries, the lockdown-sceptical journalist has written down the “key lessons” she took away from the very revealing writing process she undertook with a man whose approach to the pandemic she vehemently opposes. Here’s an extended excerpt:

The crusade to vaccinate the entire population against a disease with a low mortality rate among all but the very elderly is one of the most extraordinary cases of mission creep in political history. On January 3rd 2021, Hancock told the Spectator that once priority groups had been jabbed (13 million doses) then “Cry freedom”. Instead, the Government proceeded to attempt to vaccinate everyone, including children, and there was no freedom for another seven months. Sadly, we now know some young people died as a result of adverse reactions to a jab they never needed. Meanwhile experts have linked this month’s deadly outbreak of Strep A in young children to the weakening of their immune systems because they were prevented from socialising. Who knows what other long-term health consequences of the policy may emerge?

Why did the goalposts move so far off the pitch? I believe multiple driving forces combined almost accidentally to create a policy which was never subjected to rigorous cost-benefit analysis. Operating in classic Whitehall-style silos, key individuals and agencies – the JCVI, Sage, the MHRA – did their particular jobs, advising on narrow and very specific safety and regulatory issues. At no point did they all come together, along with ministers and, crucially, medical and scientific experts with differing views on the merits of whole-population vaccination, for a serious debate about whether such an approach was desirable or wise.

The apparent absence of any such discussion at the top of Government is quite remarkable. The Treasury raised the occasional eyebrow at costs, but if a single cabinet minister challenged the policy on any other grounds, I’ve seen no evidence of it…

Hancock is adamant that he never cut corners on safety, though the tone of his internal communications suggest that in his hurtling rush to win the global race for a vaccine, he personally would have been willing to take bigger risks. I believe he would have justified any casualties as sacrifices necessary for the greater good. Fortunately (in my view) his enthusiasm was constrained by medical and scientific advisers, and by the Covid vaccine tsar Kate Bingham, who was so alarmed by his haste that at one point she warned him that he might ‘kill people’. She never thought it was necessary to jab everyone and repeatedly sought to prevent Hancock from over-ordering. Once he had far more than was needed for the initial target group of elderly and clinically vulnerable patients, he seems to have felt compelled to use it. Setting ever more ambitious vaccination rollout targets was a useful political device, creating an easily understood schedule for easing lockdown and allowing the government to play for time amid the threat of new variants. The strategy gave the Conservatives a big bounce in the polls, which only encouraged the party leadership to go further.

Given the unprecedented speed at which the vaccine was developed, the Government might have been expected to be extra careful about recording and analysing any reported side-effects. While there was much anxiety about potential adverse reactions during clinical trials, once it passed regulatory hurdles, ministers seemed to stop worrying. In early January 2021, Hancock casually asked Chris Whitty “where we are up to on the system for monitoring events after rollout”.

“I was told that we were doing it, but I worry that the details will be shonky,” he told Whitty, sounding as if it was all a bit of an afterthought.

Not exactly reassuringly, Whitty replied that the system was “reasonable” but needed to get better. This exchange, which Hancock didn’t consider to be of any significance, is likely to be seized on by those with concerns about vaccine safety.

One of the most striking themes to emerge from internal communications is the scale of concern about Scotland. “WE MUST NOT LET THE SCOTS HAVE THEIR OWN VACCINE PASSPORTS. STOP THIS MADNESS NOW,” Boris Johnson implored, in one of his most agitated messages with Hancock…

Throughout the pandemic, far-reaching policy decisions, especially international travel restrictions and the timing of lockdowns, were distorted by what Sturgeon was doing or what No. 10 feared she might do. Hancock describes her move to mandate mask-wearing in secondary schools in late August 2020 as “one of her most egregious attempts at one-upmanship to date”, admitting the U.K. Government was left “scrabbling around to formulate a response”. The U.K. Government’s own guidance on face coverings had specifically excluded schools. Faced with an unpleasant choice between wheeling out the Chief Medical or Scientific Officer to say that the Scots were wrong or performing a U-turn, Downing Street chose the latter. That, rather than any medical reason, is why millions of schoolchildren were forced to spend months with grubby bits of material stuck to their faces…

As far as Hancock was concerned, anyone who fundamentally disagreed with his approach was mad and dangerous and needed to be shut down… Aided by the Cabinet Office, the Department of Health harnessed the full power of the state to crush individuals and groups whose views were seen as a threat to public acceptance of official messages and policy. As early as January 2020, Hancock reveals that his special adviser was speaking to Twitter about “tweaking their algorithms”. Later he personally texted his old coalition colleague Nick Clegg, now a big cheese at Facebook, to enlist his help. The former Lib Dem Deputy Prime Minister was happy to oblige.

Such was the fear of ‘anti-vaxxers’ that the Cabinet Office used a team hitherto dedicated to tackling Isis propaganda to curb their influence. The zero-tolerance approach extended to dissenting doctors and academics. The eminent scientists behind the so-called Barrington Declaration, which argued that public health efforts should focus on protecting the most vulnerable while allowing the general population to build up natural immunity to the virus, were widely vilified: Hancock genuinely considered their views a threat to public health.

For his part, Johnson occasionally fretted that they might have a point. In late September 2020, Hancock was horrified to discover that one of the architects of the Declaration, the Oxford epidemiologist Professor Sunetra Gupta, and her fellow signatory Professor Carl Heneghan, Director of the University of Oxford’s Centre for Evidence-Based Medicine, had been into Downing Street to see the Prime Minister. Anders Tegnell, who ran Sweden’s light-touch approach to the pandemic, attended the same meeting. Hancock did not want them anywhere near Johnson, labelling their views “absurd”.

Anti-lockdown protests were quickly banned. When, in September 2020, the Cabinet Office tried to exempt demonstrations from the ‘rule of six’, Hancock enlisted Michael Gove to “kill it off”, arguing that marches would “undermine public confidence in social distancing”. Gove had no qualms about helping…

Hancock’s absolute priority was to preserve life –however wretched the existence became. Behind the scenes, the then Care Home Minister Helen Whately fought valiantly to persuade him to ease visiting restrictions to allow isolated residents some contact with their loved ones. She did not get very far. Internal communications reveal that the authorities expected to find cases of actual neglect of residents as a result of the suspension of routine care-home inspections.

Hancock, Whitty and Johnson knew full well that non-medical face masks do very little to prevent transmission of the virus. People were made to wear them anyway because Dominic Cummings was fixated with them; because Nicola Sturgeon liked them; and above all because they were symbolic of the public health emergency.

As early as February 3rd 2020 – long before anyone outside the Department of Health was taking the prospect of a pandemic seriously – ministers were told the masks make no significant difference. In April 2020, the New and Emerging Respiratory Virus Threats Advisory Group (NERVTAG) reiterated this advice. At the end of that month, the SAGE committee said much the same thing, telling ministers that it would be unreasonable to claim a large benefit. An “obsessed” Cummings was the driving force behind mandating mask-wearing in all healthcare settings – and then in retail and hospitality. On June 28th he messaged Hancock to complain that the Government was being insufficiently “aggressive” on the issue and demanding that they be compulsory in shops and for restaurant staff.

In a private exchange with Hancock, Whitty said he could see “no scientific or medical reason not to” make them compulsory. He described the evidence in favour of mask-wearing as “moderate” in general but “positive in enclosed spaces where distancing is difficult”. Hancock’s response? “I said I could see no reason not to use the power of the state to enforce it and that the importance of masks should be in all our messaging.”