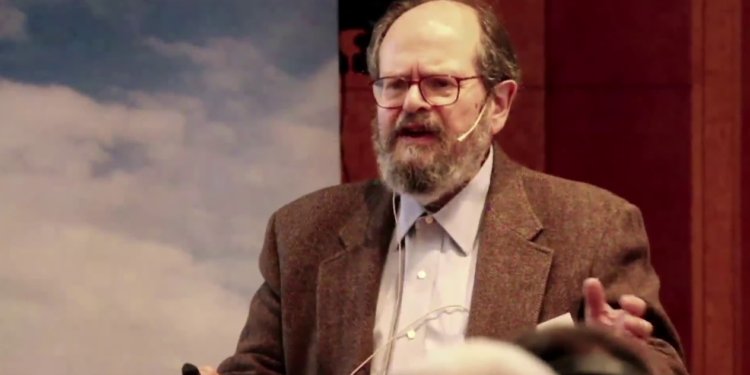 Warming by carbon dioxide is logarithmic due to ‘saturation’ within the infrared spectrum, and any future doubling of the gas in the atmosphere will be associated with the same warming of around 1°C. This result is not considered controversial, argues atmospheric scientist and Emeritus Professor Richard Lindzen of MIT – although it might be noted that it is, since it fatally undermines the political ‘settled’ science concept of catastrophic anthropogenic global warming. Professor Lindzen notes that the present “absurd ‘scientific’ narrative” leaves us with a quasi-religious movement – atop of all this has been the ”constant Goebellian repetition by the media of climate alarm”.

In a paper published by the Global Warming Policy Foundation (GWPF), Lindzen warns that unless we wake up to the absurdity of the motivating narrative, “this is only likely to be the beginning of the disasters that will follow from the current irrational demonisation of CO2”. These disasters, of course, include the “hobbling” of Western energy systems, leading to a reduced ability to oppose Russian aggression.

Lindzen has been a long time critic of the political global warming narrative. In his GWPF paper, he notes the 1961 words of the late U.S. President Eisenhower:

The prospect of domination of the nation’s scholars by Federal employment, project allocations, and the power of money is ever present and is gravely to be regarded. Yet, in holding scientific research and discovery in respect, as we should, we must also be alert to the equal and opposite danger that public policy could itself become the captive of a scientific-technological elite.

Lindzen has long warned about the dangers of politicised science, noting recently that the UN-backed IPCC is “government-controlled and only issues government-dictated findings”. Along with fellow atmospheric scientist Professor William Happer of Princeton, he told a recent U.S. Government inquiry that current climate science literature was “a joke”. It was “pal review, not peer review”, they added. Of course, the links between climate science and grant-providing politicians are well known. In 2013, the then-head of the IPCC, Rajendra Pachauri, told the Guardian: “We are an intergovernmental body and we do what the governments of the world want us to do. If the governments decide we should do things differently and come up with a vastly different set of products we would be at their beck and call.”

Scientists like Lindzen, and as we have seen they are growing in number, have an intellectual problem in blaming all or most changes in global temperature on the properties of just one trace atmospheric gas. Lindzen is unhappy with what he calls the “one dimensional” view of the world’s climate, and the way the ‘greenhouse’ effect and the role of CO2 dominates the warming narrative. He notes that the Earth has many climate regimes, and there have been “profound” changes in temperature between the tropics and the polar regions over millennia. During these times, the temperature at the tropics has remained little changed, a situation we observe in the current climate record.

For Lindzen, it is “absurd” to assume that the controlling factor for temperature changes in the complex three-dimensional climate is the small contribution of CO2. He notes the evidence from the Antarctica Vostok ice core that showed cooling preceded decreases in CO2 during the glaciation cycles of the last 700,000 years. For the paleoclimatic record going back 600 million years, “there is no suggestion of any correlation with carbon dioxide at all”, he added.

Carbon dioxide is noted to be a “particularly ridiculous” choice as a pollutant. Its primary role is as a fertiliser for plants and currently, he adds, “almost all plants are starved of CO2”. Moreover, if we were to remove a bit more than 60% of CO2, the consequences would be dire, “namely death by starvation for all animal life”. Not that such a drop would have much effect on the global temperature, according to Lindzen, with less than a couple of percentage point changes in the radiation budget, leading to a 1°C drop. After all, he concludes, a 30% reduction of solar radiation about 2.5 billion years ago did not lead to an Earth much colder than it is today.