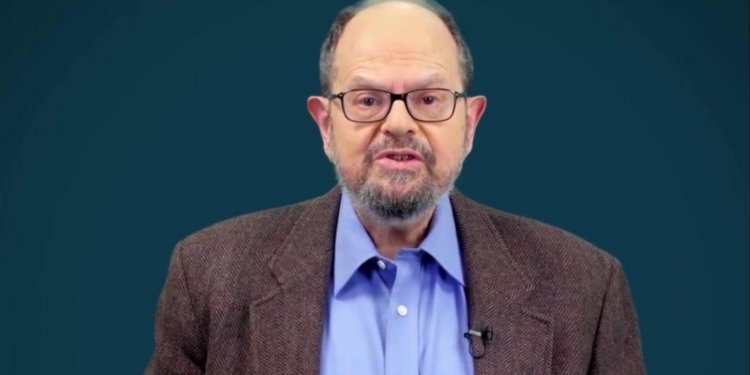 Two top-level American atmospheric scientists have dismissed the peer review system of current climate science literature as “a joke”. According to Emeritus Professors William Happer and Richard Lindzen, “it is pal review, not peer review”. The two men have had long distinguished careers in physics and atmospheric science. “Climate science is awash with manipulated data, which provides no reliable scientific evidence,” they state.

No reliable scientific evidence can be provided either by the Intergovernmental Panel on Climate Change (IPCC), they say, which is “government-controlled and only issues government dictated findings”. The two academics draw attention to an IPCC rule that states all summaries for policymakers are approved by governments. In their opinion, these summaries are “merely government opinions”. They refer to the recent comments on climate models by the atmospheric science professor John Christy from the University of Alabama, who says that, in his view, recent climate model predictions “fail miserably to predict reality”, making them “inappropriate” to use in predicting future climate changes.

The ’miserable failure’ is graphically displayed below. Since the observations cut-off, global temperatures have again paused.

Particular scorn is poured on global surface temperature datasets. Happer and Lindzen draw attention to a 2017 paper by Dr. James Wallace and others that elaborated on how over the last several decades, “NASA and NOAA have been fabricating temperature data to argue that rising CO2 levels have led to the hottest year on record”. The false and manipulated data are said to be an “egregious violation of scientific method”. The Wallace authors also looked at the Met Office HadCRUT database and found all three surface datasets made large historical adjustments and removed cyclical temperature patterns. This was “totally inconsistent” with other temperature data, including satellites and meteorological balloons, they said. Readers will recall that the Daily Sceptic has reported extensively on these issues of late and has attracted a number of somewhat footling ‘fact checks’.

Happer and Lindzen summarise: “Misrepresentation, exaggeration, cherry picking or outright lying pretty much covers all the so-called evidence marshalled in support of the theory of imminent catastrophic global warming caused by fossil fuels and CO2.”

Professors Happer and Lindzen’s comments are included in a submission to the U.S. Securities and Exchange Commission, which is seeking to impose massive and onerous ‘climate change’ reporting requirements on public companies. But they form part of a wider scientific revolt by many scientists alarmed at the corruption of science to promote the command-and-control Net Zero agenda. Needless to say, these debates are largely ignored by mainstream media. Opponents of Net Zero politicised science are denounced as ‘cranks’ and ‘deniers’, labels at odds with their distinguished scientific achievements. Between them, Happer from Princeton and Lindzen from MIT have around 100 years of involvement in atmospheric science. Richard Lindzen was an early lead author for the IPCC, while William Happer was responsible for a groundbreaking invention that corrected the degrading effects of atmospheric turbulence on imaging resolution.

In the U.K., it will be interesting to see if Net Zero will feature as a major issue in the battle to find a new Prime Minister. At the moment, candidates seem to be steering a widish berth – something that can happen with virtuous green policies when actual votes are at stake. Happer and Lindzen state firmly that “science demonstrates there is no climate-related risk caused by fossil fuels and CO2, and therefore no reliable scientific evidence supporting the proposed rule”. The rule in this case refers to the SEC climate requirement, but it could equally apply to Net Zero. Many people now accept that a rigid Net Zero policy will lead to massive falls in living standards that will disproportionately affect the poorer in society, both in the U.K. and particularly in the developing world. Contrary to the incessant attack on fossil fuels, write Happer and Lindzen, “affordable, abundant fossil fuels have given ordinary people the sort of freedom, prosperity and health that were reserved for kings in ages past”.

Such prosperity, of course, has left the building in the case of Sri Lanka, where the prospect of famine and civil breakdown face 22 million people following (among other things) the decision of the Government to ban fertiliser in the interests of climate change and saving the planet. Such a collapse, with the President hastily fleeing the country, is likely to face any modern Net Zero society that seeks to tamper with reliable and affordable energy supply, restrict diet and try to grow enough food using ‘organic’ methods. Happer and Lindzen state that reducing CO2 and the use of fossil fuels would have “disastrous consequences” for the poor, people worldwide and future generations.

Both Happer and Lindzen have long held out against the current demonisation of atmospheric CO2, pointing out that the current 415 parts per million (ppm) is near a record low and not dangerously high. They note that 600 million years of CO2 and temperature data “contradict the theory that high levels of CO2 will cause catastrophic global warming”. Omitting unfavourable data is an egregious violation of scientific method. Facts omitted by those who argue there is a climate emergency include that CO2 levels were over 1,000 ppm for hundreds of millions of years and have been as high as over 7,000 ppm; CO2  has been declining for 180 million years from about 2,800 ppm to today’s low; and today’s low is not far above the minimum level when plants die of CO2 starvation, leading to all other life forms perishing for lack of food.

Finally, the authors note that the logarithmic influence of CO2 means its contribution to global warming is “heavily saturated”. The scientists calculate that a doubling of current CO2 levels would only reduce the heat escaping to space by about 1.1%. This suggests warming of around 1°C or less. The saturation hypothesis explains, they say, the disconnect between CO2  and temperature observed over 600 million years.