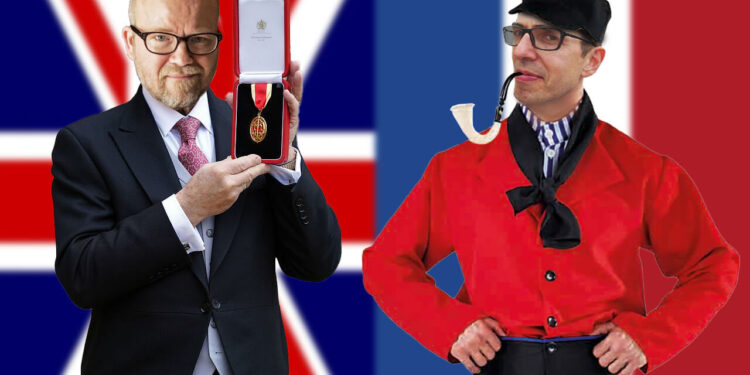 In this week’s episode of London Calling, James and I discuss the big news of the week, namely, James’s visit with his grandson. In other news, Boris Johnson has been defenestrated by the Conservative Party, which James thinks Bill Gates flew in to oversee, and a leadership election is underway. I’m Team Kemi – I think the 41 year-old anti-woke warrior princess would make the best Prime Minister – and while James says if he had to go for someone he’d go for Kemi he thinks – predictably – that whoever wins will be a puppet of the World Economic Forum. James wants to talk about the farming riots in Holland – caused by the closure of Dutch farms, according to James, which is yet more evidence of the WEF’s de-population programme – while I want to talk about the coup in Sri Lanka. In Culture Corner, we both enthuse about The Terminal List and other non-woke Hollywood fare, like The Boys and Reacher, and I give two emphatic thumbs down to Thor: Love and Thunder.