Who Isn’t Involved in the Cover-Up of the Lab Leak and Early Covid Spread? 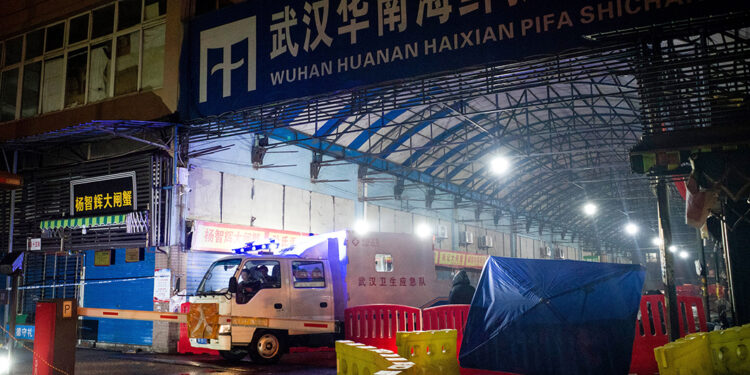 I wrote recently about the origins of the pandemic and who knew what and when, noting that both the U.S. and China clearly knew about the virus earlier than they have admitted and both are still engaged in a cover-up of what really happened and what they knew.

Here, after a brief recap, I want to look more closely at who isn’t involved in the cover-up, or not entirely, and what that tells us.

It’s clear that China is covering up both the lab origin of the virus and early spread prior to December 2019. As a new report from independent research group DRASTIC, summarised in the Washington Post, reminds us, within hours of the first public announcement of “pneumonia of unknown origin” by the Wuhan Municipal Health Commission on December 30th 2019, a second notice appeared warning “not to disclose information to the public without authorisation”. This lack of transparency continued, with the Chinese Communist Party (CCP) issuing gag orders, punishing ‘whistleblowers’, hiding key Wuhan Institute of Virology (WIV) virus data, not cooperating with investigations and failing to acknowledge early cases which undermine the wet market origin story. While some such cases from November 2019 were leaked to the South China Morning Post, the CCP has never officially acknowledged them.

It’s also clear that U.S. scientists are covering up the lab leak and not cooperating with the investigation – which was the reason Jeffrey Sachs disbanded the Covid origins taskforce which formed part of the Lancet Covid commission he was chairing, perceiving severe conflicts of interest and a basic lack of cooperation. As recently as July 2022, two NIH-funded studies involving Kristian Andersen and others claimed to find conclusive evidence for the wet market theory, despite there now being reams of evidence for international spread of the virus before December 2019, which the studies failed even to acknowledge.

The U.S. CDC likewise is covering up the early spread of the virus as part of its lab leak cover-up, and has refused to acknowledge or investigate the presence of the virus in the U.S. before Jan 18th 2020 despite all the evidence that now shows this to be a fact.

So who isn’t involved in the cover-up? The World Health Organisation (WHO) does not appear to be. Back in June 2020, the WHO encouraged countries to look properly into early spread. As the Guardian reported: “The WHO has urged countries to investigate any other early suspicious cases, so that the circulation of the virus can be better understood, encouraging doctors to check records for pneumonia cases of unspecified origin in late 2019.”

The February 2021 WHO mission to Wuhan also said it looked like early spread was wider, as the Huffington Post reported:

Investigators from the World Health Organisation (WHO) have since said they’ve discovered signs the outbreak was wider in Wuhan in December 2019 than previously thought. Peter Ben Embarek, lead investigator, told CNN they’d established for the first time there were over a dozen strains of the virus in Wuhan already in December. Separately, Professor John Watson, part of the WHO team that travelled to China to investigate the origins of the pandemic, said [in February 2020] the virus which causes COVID-19 may not have even originated in the country.

Thus while the CCP and U.S. Government agencies are covering up the lab leak and early spread, the WHO appears to be highly suspicious of what they are hiding and is pushing for much more investigation and greater transparency – though with little success.

What about U.S. intelligence – where do they stand? In the declassified intelligence report of October 2021, the U.S. intelligence community (IC) claims a consensus view that the virus probably emerged “no later than November 2019”, with the “first known cluster of COVID-19 cases arising in Wuhan, China in December 2019”. This is a clear denial of early spread, and is at odds not only with all the evidence for that but also with the IC’s own earlier briefings to the press. These state that the U.S. had intelligence on the spread of an unusual virus in November “in the form of communications intercepts and overhead images showing increased activity at health facilities”, and that the U.S. military “then alerted NATO and the [Israeli] IDF of the outbreak precisely at the end of November”.

The declassified intelligence report also states that most U.S. IC agencies “assess with low confidence that SARS-CoV-2 probably was not genetically engineered” and that “China’s officials did not have foreknowledge of the virus before the initial outbreak of COVID-19 emerged”. The second statement is contradicted by the press briefings about intercepted communications, and the first statement leaves us wondering why so many people are keen to cover up the origin of the virus.

The declassified report also states that all U.S. intelligence agencies which take a view bar one deem the virus to be of natural origin (though with “low confidence”). However, one intelligence agency did back the lab leak origin (with “moderate confidence”). This is the National Center for Medical Intelligence (NCMI), which looks out for unusual health events that could affect the military. We may reasonably surmise, then, that it is the NCMI which was the source of the press briefings about the November Chinese outbreak. The NCMI is also likely to have had a hand in the recent U.S. Senate report that concluded a lab leak is likely and that spread began in October. This is still late, given other evidence, including a blood sample positive for SARS-CoV-2 RNA and antibodies in Lombardy in September 2019, but nonetheless it flatly contradicts the declassified report claim of a November emergence “at the latest”. Dr. Robert Malone has called the Senate report a “limited hangout” from the intelligence community, not least because it studiously omits any reference to U.S. involvement in the research at the WIV. It also still denies early spread outside China, including in the U.S.

Apart from the NCMI, has anyone else from the IC backed the lab origin theory and early spread? Former Director of National Intelligence John Ratcliffe (who served 2020-21) and former Secretary of State Mike Pompeo (2018-2021) have come out hard in favour of the lab leak theory, though notably only after they left post. This appears to be all.

Thus from this we can say with some confidence that the U.S. intelligence community appears to be part of the cover-up of the early spread and lab origin of the virus, with just one exception of an agency willing to publicly acknowledge the contrary evidence, plus two former senior officials. That’s a lot of powerful people who don’t want the truth to get out.

Lastly, here’s a neat potential giveaway that the CCP knew about the virus’s lab origin from mid-November 2019. The Senate report notes that on November 19th 2019, a senior Chinese Academy of Sciences biosecurity official relayed “important oral and written instructions” from the leadership in Beijing to the WIV that referred to the “complex and grave situation facing [bio]security work”. Notably, this description is almost identical to the description of the Wuhan outbreak used privately on January 14th 2020 by the head of the CCP National Health Commission in a teleconference with provincial officials as China prepared to pivot from ignoring to suppressing the virus, where he called the situation “severe and complex”. But what was so “complex” about the outbreak they were so eager to cover up? The only thing that could make it “complex” and in need of concealment was its connection to the Wuhan Institute of Virology.