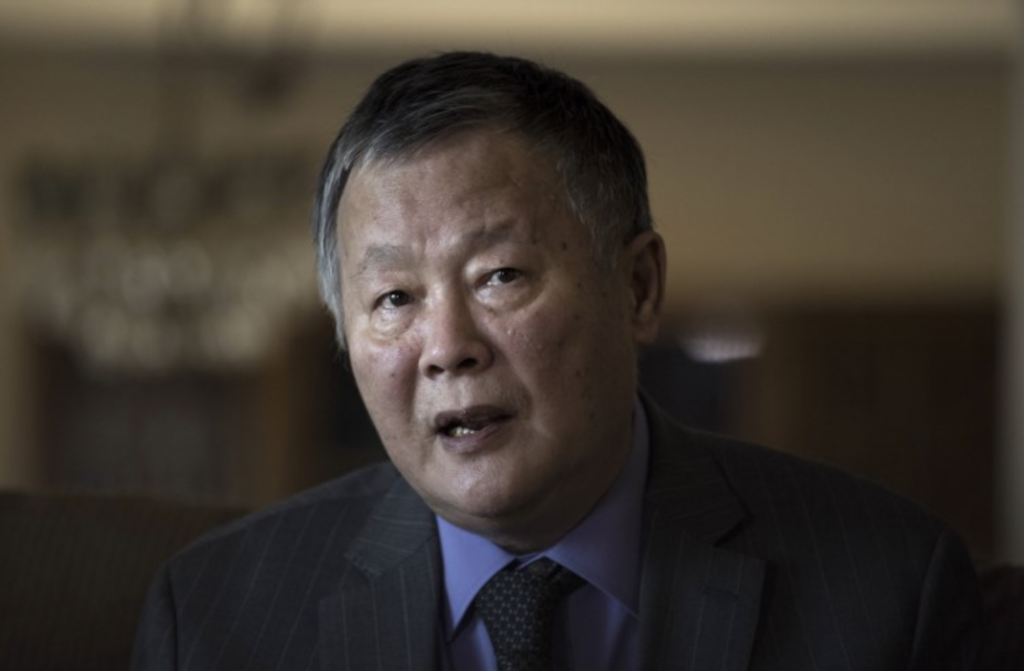 A Chinese Communist Party (CCP) defector claims that the Chinese Government deliberately spread Covid at an international military tournament in Wuhan two months before the World Health Organisation was notified about the first case of the virus. He says that some athletes at the event came down with Covid-like symptoms but that those he approached with his concerns – including figures in the Trump administration – seemed uninterested. The Mail Australia has the story.

Ex-CCP insider Wei Jingsheng said the World Military Games in October 2019 could have acted as the virus’ first superspreader event. …

Mr. Jingsheng claimed it was no coincidence some of the 9,000 international athletes who gathered for the event reportedly became sick with a mystery illness.

“I thought the Chinese Government would take this opportunity to spread the virus during the Military Games, as many foreigners would show up there,” he told the new Sky News documentary What Really Happened in Wuhan.

The whistleblower claimed he had heard of the Chinese Government carrying out an “unusual exercise” during the games.

“[I knew] of the possibility of the Chinese Government using some strange weapons, including biological weapons, because I knew they were doing experiments of that sort,” he said.

His claims were supported by the former Principal China Adviser to the U.S. State Department Miles Yu.

He said French, German and American athletes were among those to fall ill at the tournament with Covid-like symptoms, but were never tested for the virus.

“We see some indications in our own data… that there was Covid circulating in the United States as early as early December, possibly earlier than that,’ ex-U.S. State Department Covid investigator David Asher said.

Mr. Jingsheng also claims he took his concerns about the unfolding situation to senior figures within the Trump administration in November 2019 but was ignored.

The long-time democracy campaigner, who has served time in prison for “counter-revolutionary activities”, said he made the approach as whispers of a “new SARS virus” began circulating on WeChat and other Chinese social media platforms.

“I felt they were not as concerned as I was, so I tried my best to provide more detail and information,” he said.

“They may not believe that a Government of a country would do something like that (cover up a virus), so I kept repeating myself in an effort … to persuade them.” …

The Chinese dissident would not disclose which political leaders he spoke to but insisted they were senior government figures and had the ear of then-President Donald Trump.

“I’m not sure if this politician wants me to talk about him right here,” he said.

“But I want to say he is a high enough politician, high enough to be able to reach the President of the United States.” 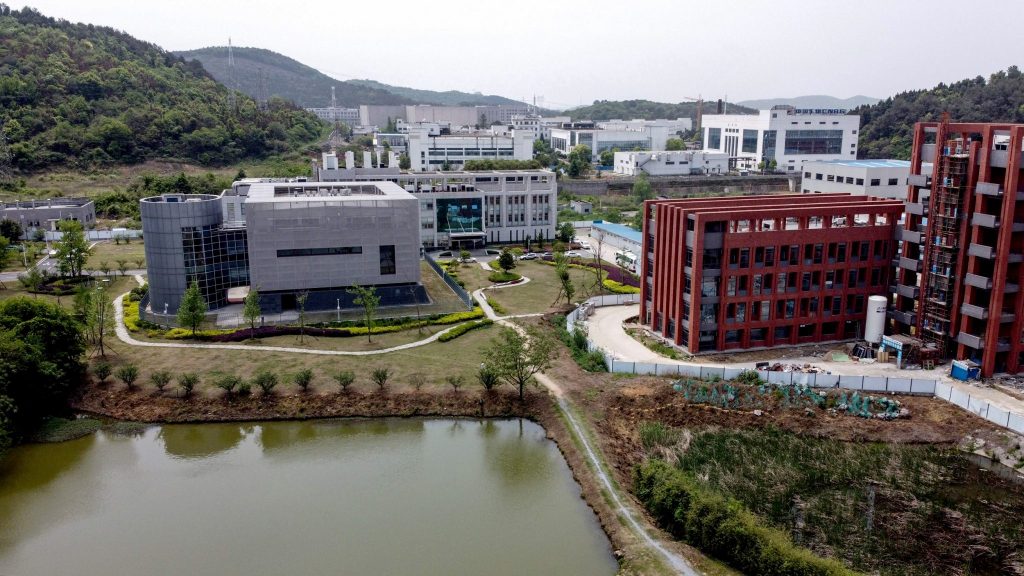 At the start of the pandemic, many of us were puzzled as to why the lab leak hypothesis was considered “racist” but the wet market hypothesis was not. Both theories said the pandemic began in China, and both implied that some Chinese people had acted carelessly. (In reality, of course, neither theory is “racist”.)

The most likely reason why the lab leak theory came to be seen as “racist” is that this was convenient for several key organisations, who wanted to avoid any suggestion that they might have helped to cause the pandemic. These organisations include the Chinese Communist Party, the Wuhan Institute of Virology, the National Institutes of Health, and EcoHealth Alliance.

The fact that President Trump endorsed the lab leak theory also played a role, of course. Left-wing media outlets in the US have a habit of assuming that, if Trump says something, then it must – almost by definition – be racist.

In a recent article for UnHerd, the biologist Bret Weinstein argues that we should actually welcome the lab leak theory. This is because, if it turns out to be true, we know how to prevent future pandemics of this kind. Simple: ban the research until we can figure out how to do it safely. (Or at the very least: ramp up lab security.)

However, if the zoonotic spillover theory is correct, then “it’s only a matter of time before something like this happens again. And again. And again.” As Weinstein notes, “The straightforward lesson of the pandemic would be to simply face up to the clear risk of studying dangerous, novel infectious agents in the lab.”

He goes on to argue that, if the virus did escape from a lab, then one of the pandemic’s ultimate causes is the distorted incentives that led scientists to undertake such dangerous research in the first place. According to Weinstein:

… the scientific method has been hijacked by a competition over who can tell the most beguiling stories. Scientists have become salesmen, pitching serious problems that they and their research just so happen to be perfectly positioned to solve. The fittest in this game are not the most accurate, but the most stirring. And what could be more stirring than a story in which bat caves are ticking pandemic time-bombs from which only the boldest and brightest gene experts can save us?

Weinstein’s article contains a lot of interesting details, and is worth reading in full. 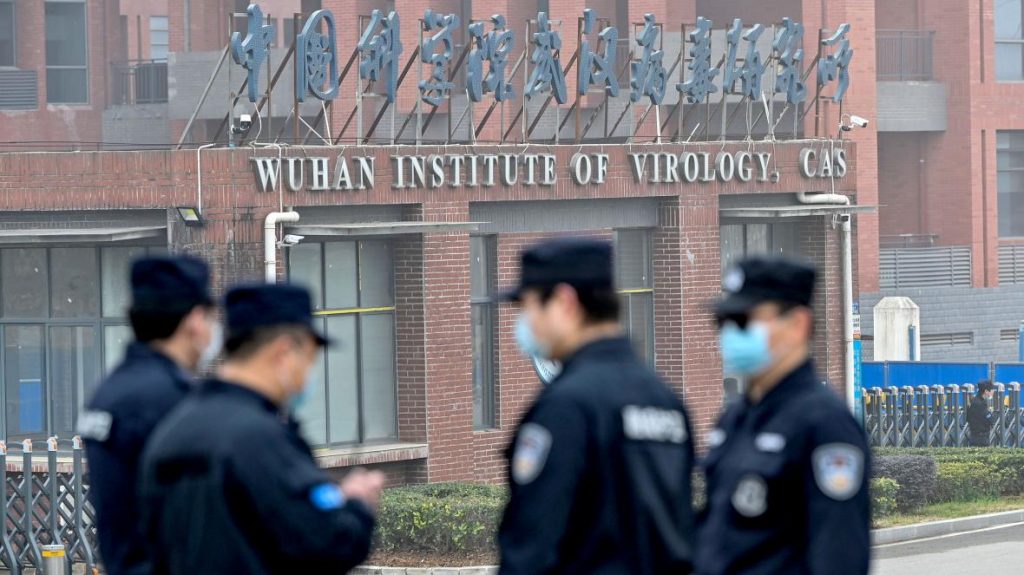 Why did senior U.S. Government Covid adviser Dr. Anthony Fauci and other leading scientists seek to quash any suggestion of a lab leak origin back in early 2020 and ensure it was written off as a conspiracy theory? That’s what many people are asking now that a lab leak is being seen, including by Dr. Fauci himself and President Joe Biden, as a possibility worth investigating.

In May 2020, Dr Fauci was unequivocal: “If you look at the evolution of the virus in bats and what’s out there now, [the scientific evidence] is very, very strongly leaning toward this could not have been artificially or deliberately manipulated… Everything about the stepwise evolution over time strongly indicates that [this virus] evolved in nature and then jumped species.” Yet now he has changed his tune. On May 11th he stated that he is “not confident” the virus developed naturally and he is “perfectly in favour of any investigation that looks into the origin of the virus”.

The controversy has escalated in the last couple of days after the publication of emails from February 2020 that show Dr. Fauci being told by Dr. Kristian Andersen, Director of Infectious Disease Genomics at the Scripps Research Institute, that SARS-CoV-2 features “look engineered“.

In the emails, obtained by BuzzFeed through Freedom of Information enquiries, Dr. Anderson wrote: “I should mention that after discussions earlier today, Eddie, Bob, Mike, and myself all find the genome inconsistent with expectations from evolutionary theory. But we have to look at this much more closely and there are still further analyses to be done, so those opinions could still change.”

It seems the opinions did change, as six weeks later Dr. Anderson was a lead signatory of a letter in Nature that declared: “The evidence shows that SARS-CoV-2 is not a purposefully manipulated virus.”

In the wake of the revelation about his February email, Dr. Anderson has doubled down and defended his Nature letter, tweeting: “As I have said many times, we seriously considered a lab leak a possibility. However, significant new data, extensive analyses, and many discussions led to the conclusions in our paper. What the email shows, is a clear example of the scientific process.”

The Virus “Looks Engineered”, Dr Fauci was Told by a Leading Scientist, Before Both of Them Actively Suppressed the Lab Leak TheoryRead More 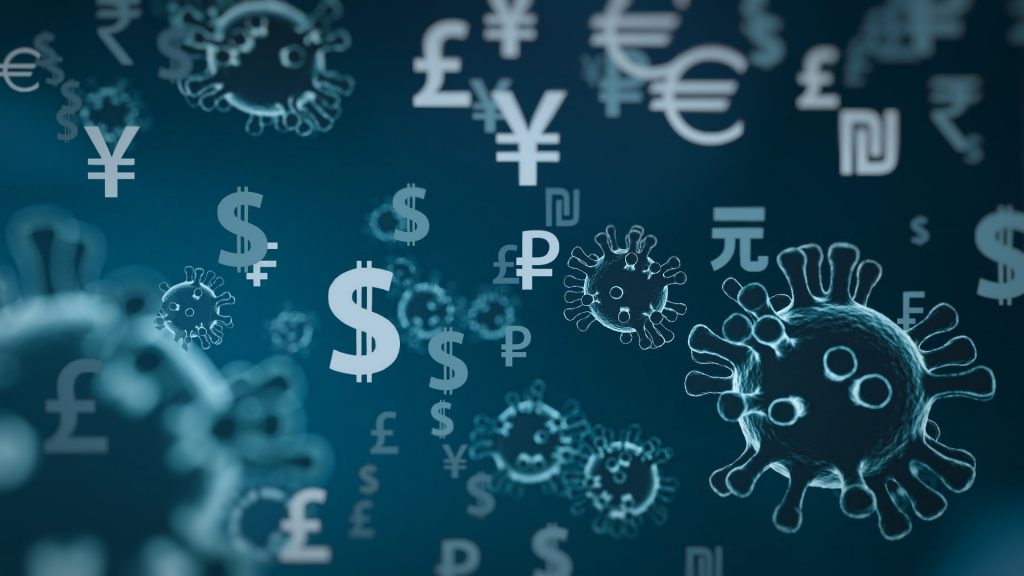 Given it’s topicality, I’m giving another plug to this original essay by a best-selling, prize-winning novelist (writing under a pseudonym) about the price we’d be willing to pay if the lab leak theory turns out to be true. Will we just shrug and continue to buy cheap Chinese goods? Here is an extract:

The Western world will have to weigh up what the damage would be to their economies and international relations if they accept the lab leak theory. Because if we do then we will also have to accept that the CCP was involved in a cover-up which turned the contagion in Wuhan from localised outbreak to global pandemic. It would follow from this that the CCP would have to be held responsible for three and a half million deaths worldwide, an act of mass-death, albeit one caused by the ineptitude of China’s bureaucracy and the breaking of scientific safety protocols in laboratories overseen by the CCP.

This would be another historical mass-death caused by the CCP, comparable to the Great Chinese Famine (1959-61) which to this day is still not recognised officially by the CCP as a man-made disaster, and which to this day is not marked by any public remembrance monument even though 10-47 million people died. The CCP has a long history of systemic planning errors and accidents that have a high human cost which the CCP, by use of its one-party state apparatuses, has hidden from the rest of the world.

So, if the lab leak origin hypothesis for SARS-CoV2 turns out to be true, the people of the Western world must then ask, “What is the price that must be paid, and who will pay it? Must CCP governed China be held accountable? Will China be forced to pay reparations for the trillions of dollars of damage done to the economies of other nations in the world, along with compensation for the families of the three and a half million who died from the pandemic. Will there have to be sanctions on CCP-governed China, or regime change in China brought about by the other nations of the world? Will the half a trillion ($) in imports from CCP-governed China have to cease until CCP-governed China admits its error and commits to paying reparations?”

It’s an interesting dilemma. Would Western governments, scientists, corporations, consumers, etc., be willing to boycott Chinese investments, grants, cheap goods, and so on, unless the Chinese authorities admitted liability and paid reparations, given that they’d all be worse off if they did that?

Stop Press: Thomas Frank has written a very good piece in the Guardian asking, ‘What if the lab leak theory turns out to be true?’ He thinks it will fuel a populist revolt against scientific expertise.

If it does indeed turn out that the lab leak hypothesis is the right explanation for how it began – that the common people of the world have been forced into a real-life lab experiment, at tremendous cost – there is a moral earthquake on the way.

Because if the hypothesis is right, it will soon start to dawn on people that our mistake was not insufficient reverence for scientists, or inadequate respect for expertise, or not enough censorship on Facebook. It was a failure to think critically about all of the above, to understand that there is no such thing as absolute expertise. Think of all the disasters of recent years: economic neoliberalism, destructive trade policies, the Iraq War, the housing bubble, banks that are “too big to fail”, mortgage-backed securities, the Hillary Clinton campaign of 2016 – all of these disasters brought to you by the total, self-assured unanimity of the highly educated people who are supposed to know what they’re doing, plus the total complacency of the highly educated people who are supposed to be supervising them.