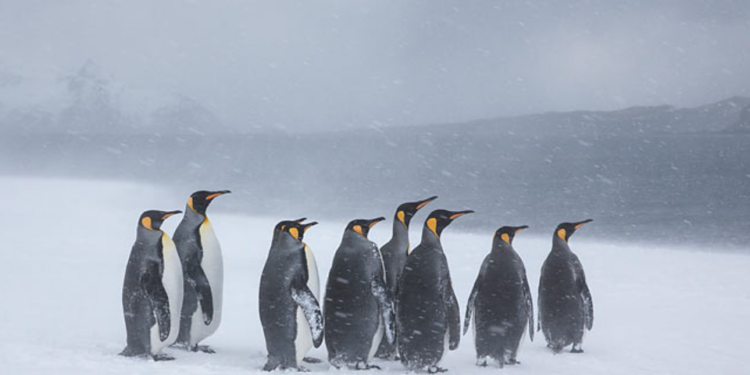 Extreme cold records continue to tumble at the South Pole. Three recent days – November 16th, 17th and 18th – have recorded a daily record, with the 18th plunging to –45.2°C, compared with –44.7°C on the same day in 1987. The records follow the six-month winter of 2020-21, which was the coldest since records began in 1957. Inexplicably, all these facts and trends have escaped reporting in the mainstream media. The excuse might be that it is just weather, and temperatures have always moved up and down. But the excuse doesn’t seem to apply to the July 19th U.K. high of 40.3°C at RAF Coningsby, recorded at the side of the runway used by after-burning Typhoon jets. This record high has barely been out of the Net Zero headlines ever since.

In fact, anything getting colder barely gets a look-in these days. Arctic sea ice is making a significant, near silent comeback. Summer ice at the end of September covered 4.92 million square kilometres, which was 1.35 million sq kms higher than the 2012 low. Over on land, the Greenland ice sheet may have increased in size over the last year to August 2022. Meanwhile, the zoologist Dr. Susan Crockford has reported that this is the fifth year out of the last seven that enough sea ice has formed along the west coast of Hudson Bay by mid-November for hunting polar bears to be able to head out to the ice, “just as it did in the 1980s”.

Of course, it has been a very bad year for climate catastrophists all round. Coral is growing on the Great Barrier Reef with a vengeance, just a few years after journalists and their ‘experts’ warned it was likely to disappear. According to the latest satellite data, the global temperature hasn’t moved for over eight years. A little extra carbon dioxide in the atmosphere has led to significant ‘greening’ of the planet, a process that over the last 30 years has undoubtedly reduced world hunger and famine. Sir David Attenborough recently ran a series of six Frozen Planet II green propaganda films featuring a variety of ‘modelled’ climate catastrophes. Notable was the claim that all the Arctic summer sea ice could be gone by 2035. In addition, he highlighted a colony of Adelie penguins in western Antarctica, whose numbers were said to have fallen over 40 years from 20,000 to just 400 breeding pairs, apparently due to climate change. Missing from the narrative was the more cheerful news that a colony of 1.5 million Adelies had recently been discovered on the eastern side of the continent.

Since all the recent poster scares are fast disappearing, there is increasing emphasis on ‘attributing’ single event bad weather to climate change, or to the climate crisis/emergency/breakdown – the new agitprop words used to disguise the fact that global temperatures, with or without CO2’s help, ran out of steam over two decades ago.

Long-serving Guardian activist Fiona Harvey told a recent edition of the BBC Media Show that writers can be impartial and present the facts, and the facts were that ‘scientists’ have told us that we are on a precipice and are facing tipping points that will make the planet uninhabitable. But whose ‘facts’ is she reporting? Again, as the Daily Sceptic has shown, the command-and-control Net Zero agenda is driven by politicised science and often derived from flawed climate models, corrupt surface temperature databases and invented weather ‘attribution’ stories. When the Guardian quotes ’scientists’, it is often referring to practitioners of observational disciplines such as geography, where modelled ‘impact’ predictions are widely promoted.

In the course of her interview, Harvey repeated the debunked untruth that 30% of Pakistan had been inundated as a result of recent monsoon floods. The actual figure in this mountainous country was easily checked from NASA data and was about 8%. Referring to the general narrative around climate change and the need to keep to 1.5°C of warming, she noted that if that didn’t strike you as a story, “you shouldn’t be a journalist”. A better story, of course, might be asking who invented the 1.5°C figure in the first place – and why?

Many people such as Harvey state they are journalists, not activists, but the evidence is growing that that pass has long been sold in many areas of mainstream communication and media. Cardiff University sociologist Dr. Aaron Thierry argues that universities should allow academics to spend at least 10% of their time on “advocacy and engagement with policy processes”. In his view, “those with the greatest knowledge and understanding of these crises have a moral obligation to provide leadership and engage in advocacy and activism”.

The Australian geologist Professor Ian Plimer gives short shrift to all the lies and obfuscations surround settled climate science. If it had been proved that human emissions of carbon dioxide drive global warming, “there would be endless citation of the dozen or so seminal scientific papers demonstrating this proof”. Instead, he notes, there is a “deafening silence”. Climate cycles have not changed because humans are alive today, “and cannot be changed by feelings, ideology or legislation”. He also noted: “Bearers of validated facts are denigrated, cancelled and deemed controversial by those who have no counterargument, no ability to critically analyse, and who rely on self-interest and feelings.”

Put out in the cold, you might say – just like all those inconvenient South Pole temperature records.

Stop Press: Ross Clark in the Spectator says we should ignore the climate doomsters and celebrate the fact that the World’s population has reached eight billion.