As the Climate Refuses to Break Down on Cue, the Pseudoscience of ‘Attribution Studies’ Rises Up to Plug the Holes 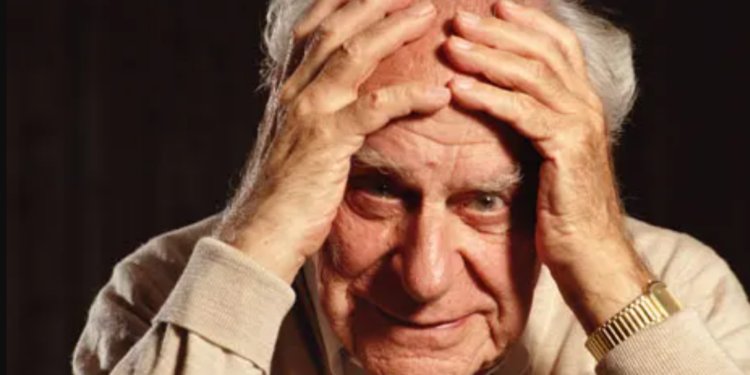 The last few years have seen the climate alarmist industry go all in on ‘attributing’ bad weather to humans causing the climate to change. As global warming goes off the boil and the climate resolutely fails to break down on cue, an entire industry of pseudoscience has sprung up to scour the world and catastrophise every unusual natural weather event or disaster. It will not come as a surprise to discover that such attribution is based on climate models. As we shall see, the models do nothing more than produce worthless guesses.

When Professor Richard Lindzen of MIT noted that the current climate narrative is “absurd”, but trillions of dollars says it is not “absurd”, he was undoubtedly thinking of the product of climate models. Roger Pielke, a noted science writer and a professor at the University of Colorado Boulder, is particularly scathing about attribution work: “I can think of no other area of research where the relaxing of rigour and standards has been encouraged by researchers in order to generate claims more friendly to headlines, political advocacy and even lawsuits. But there you go.”

It is simple to explain what ‘attribution’ models do. First they simulate a climate with no human involvement that does not exist, and then compare it with another simulation that is supposed to reflect the involvement of humans burning fossil fuel. Any weather event at a local level that is magnified in the second is, abracadabra, said to be due to human-caused climate change.

To take such results seriously it must be assumed that the models have correct information in the first place. An inability over 40 years for climate models to predict an accurate temperature would seem to indicate they are work in progress. Ignorance of the equilibrium climate sensitivity (ECS) number – the amount the Earth will warm if carbon dioxide is doubled in the atmosphere – would be considered another handicap. In addition, it is interesting to observe some academics attempting to produce a perfect model capable of such precision when they are mapping a climate system that is non-linear with numerous, only partially understood, powerful forces at work. How anyone can take the results seriously, with all the inevitable ‘garbage in-garbage out’ possibilities, is a mystery. Measuring cats in a sack might be considered a marginally easier task.

Attribution studies fail the falsification principle outlined by the science philosopher Karl Popper. This is held to be the test that differentiates real science from pseudoscience. Any hypothesis must be testable and conceivably proved false. Unless a suggestion can be tested in this way, it is opinion, guesswork, or, more uncharitably, crystal ball-gazing. Stating, for instance, that a bad storm was caused by humans when a natural explanation is also available, or calculating that wildfires will consume so many more acres than before, is unprovable. It therefore fails the test to be termed science.

Of course, the attribution claims are all over the popular prints. Within just a few days of last July’s U.K. brief heatwave, the Guardian was reporting: “Climate breakdown made U.K. heatwave 10 times more likely, study finds.” Of course there was a natural explanation for the soaring summer temperature, caused by southern winds being supercharged by an adjacent intense low pressure system. Friederike Otto from the Grantham Institute at Imperial, an operation partly-funded by the green billionaire investor Jeremy Grantham, said the 10 times finding was worrying, and if carbon emissions were not rapidly cut it could be “even worse” than previously thought.

According to Roger Pielke, the rise of individual ‘event attribution’ studies coincides with frustration that the IPCC has not ”definitively concluded” that many types of extreme weather have become commonplace. In his view they offer “comfort and support” to those focused on climate advocacy. Since they fill a strong demand in politics, Pielke suggests they are “here to stay”.

Friederike Otto is at the forefront of such studies and is the co-lead of World Weather Attribution (WWA), a body that specialises in near-instant weather attributions. On her Grantham CV, Otto claims WWA provides “timely scientific evidence” on single events, “paving the way for new sustainability litigation”.

Meanwhile any scientific work that, by suggesting the climate is not breaking down, is inconvenient for those promoting the command-and-control Net Zero political project, is be suppressed. Otto was one of four “experts” used by state-owned Agence France-Presse in a footling ‘fact check’ of a recent paper from four leading Italian scientists. They argued that a climate emergency is not supported by the data. She said the authors, including two physics professors, were “of course” not writing in good faith. “If the journal cares about science they should withdraw it loudly and publicly, saying that it should never have been published,” she demanded.

Contacted by the Daily Sceptic, she added that the paper was “bad science”. She obviously feels able to try to cancel professorial physics authorities since she has a “diploma” in physics from the University of Potsdam. Otto’s doctorate was in the philosophy of science, and before joining Grantham she spent 10 years teaching in the School of Geography at Oxford University. “I am not trying to ban anyone and I do not think it is relevant whether their first degree is in art history or physics,” she explained

Otto is also behind a WWA guide for journalists titled: “Reporting extreme weather and climate change“. In a foreword, the former BBC Today editor Sarah Sands bemoans the time when the former U.K. Chancellor Nigel Lawson managed to suggest there had been no increase in what she called extreme weather. I wish we had this guide for journalists to help us mount a more effective challenge to his claim, wrote Sands.  These days , she enthused, attribution studies have given us significant insight into the horsemen of the climate apocalypse.

“In this way we are able to move from anecdote and conjecture, from superstition and wishful thinking, to science. We have evidence and we have facts. They are a secure foundation for news,” she said.

Science? Unverified guesswork would be more accurate. Popper must be turning in his grave.

“We Should Be Aiming for Zero Infections”: New Chancellor Jeremy Hunt’s Woeful Record on Lockdowns