Covid and Climate ‘Misinformation’ From Scientists Targeted by the Economist 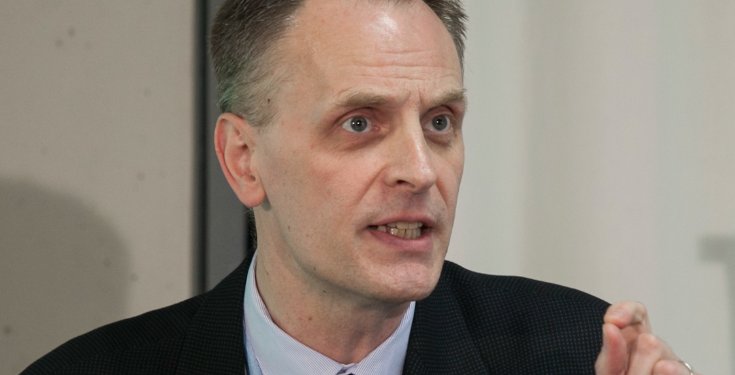 Published this week, a report from the Economist and supported by academic publisher Elsevier titled Confidence in research: researchers in the spotlight reports from a research project that investigated researchers’ attitudes to “how the pandemic has affected the practice of undertaking and communicating research in the face of increased public scrutiny”. The background to this report is that “the pandemic underscored the vital importance of public trust in research”. As someone who is both a researcher and a Covid sceptic I was immediately alerted to the possibility that this report might make a few points which might require comment. This was especially the case as a significant aspect of the report is concerned with misinformation.

It must be said that the report makes some excellent points. We already knew, for example, that the lockdown policies imposed during 2020-2022 (some universities are still not fully operational in terms of having staff in their offices) had a disproportionately negative effect on female researchers and early career researchers. Researchers from developing countries were also adversely affected. The report identifies the need for more explanation about research when it is reported to the public and the need to make research more relevant with researchers saying that they are “more inclined to select topics that align with public interests or current events”.

However, in a project with an advisory group that contains the ubiquitous, outspoken Editor-in-Chief of the Lancet Richard Horton, representatives from the World Health Organisation and participants in a roundtable hosted by the Chinese Association for Science and Technology, there were bound to be some issues worthy of sceptical scrutiny.

Admittedly, the language in the report is restrained regarding misinformation and, in that light, it is not so much what the report says as what it does not say. With reference to climate change denial – and Donald Trump is cited as the arch climate change denier – climate change is simply taken as a given and the ‘climate crisis’ is referred to without being put between inverted commas. Clearly, the authors of the report have missed the recent World Climate Declaration signed by over 1,200 scientists including a Nobel laureate countering the claim that there is a crisis. But the nature of misinformation regarding Covid is vague, and specific examples of Covid-related misinformation are entirely absent. This indicates either a complete lack of engagement with Covid sceptics or, as I suspect, the assumption that all and any questioning of the prevailing Covid narrative counts as misinformation.

Covid scepticism is nuanced. At one extreme there is a fringe but vocal minority who deny that viruses exist and that Covid itself is a hoax. At the more reasonable end there are people who question the necessity of lockdowns and the severity of Covid. Between these extremes lies a spectrum of people who have a range of legitimate views on vaccines generally, Covid vaccines specifically and vaccine harms. The report makes no effort to define where the line lies between legitimate scepticism and misinformation. Moreover, considering the accumulating evidence on the demonstrably harmful effects of lockdown, the fact that predicted Covid deaths were wildly exaggerated and that official government agencies on both sides of the Atlantic are gathering data on the harmful effects of Covid vaccines, what may have been considered misinformation one day may become a genuine matter for concern the next.

One of the “areas for action” under “Addressing misinformation” outlines how researchers who wish to play a greater role in countering misinformation can be supported by universities and social media companies in this endeavour, and extols the virtues of the WHO, which worked with the British Government to counter misinformation. But in what must be one of the understatements of the year, it says: “Some research shows a lack of consistency and transparency about the guidelines and approaches of social media platforms.” Anyone who has had their YouTube or Twitter accounts suspended (as I have) over ‘Covid misinformation’ when they have been citing published peer-reviewed research will know that this process is entirely obscure, and that correspondence with the social media company is useless. In the same section, without seeing the obvious irony, the authors say they hope their study “can prompt more research on the sources of misinformation within the research community, and what can be done to limit its spread while respecting freedom of speech”. The report’s lack of definition of misinformation is compounded by a complete lack of understanding of the nature of free speech.

The remainder of the areas for action are uncontroversial and even potentially useful. However, there is a fundamental problem with trying to make science more accessible to the layman if the point of the effort is to persuade people that there is ‘a science’ or – as we so often heard during lockdown – ‘the science’ and that it provides clear direction when it comes to public policy. Science is to policymaking what psychology is to religion. In the latter case, while psychology can diagnose a problem it cannot tell you how to live your life. Science can point to potential solutions based on best available evidence but translating that into policy requires ‘the science’ to be weighed against other social and economic considerations. Lockdown is a prime example of the implementation of the untested science of whole-society infection control, against a background of poorly modelled epidemiology without taking any other factors into consideration, if the Prime Minister is to be believed. The resulting and multifaceted disaster is now plain. It is hard to see which particular aspect of the science involved in those decisions we would wish the public to understand better and how that would benefit us.

Why Did the Left Fail So Utterly to Resist the Global Biosecurity State?