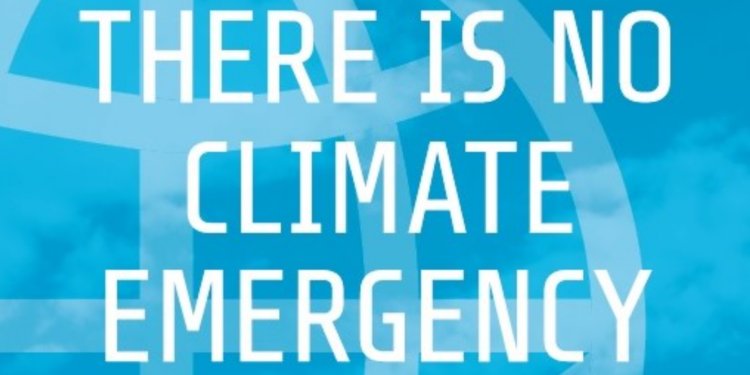 Sceptical scientists from around the world are flocking to sign the World Climate Declaration (WCD) that states there is no climate emergency. The WCD notes that climate science has degenerated into a discussion based on beliefs, not on sound, self-critical science. Over 100 scientists and professionals have signed the Declaration since August 18th, when the Daily Sceptic highlighted the project and interest soared across social media.

The WCD is particularly critical of climate models that provide the ‘evidence’ for most of the Net Zero agenda. “We should free ourselves from the naïve belief in immature climate models,” says the WCD. Models have many shortcomings and “are not remotely plausible as global policy tools”, it adds. The WCD started with 500 signatories and has now grown to over 1,200. The lead author is the Norwegian physics Nobel Prize winner Professor Ivar Giaever.

The latest signatories include many distinguished academics:

Critics of the list point to a lack of ‘climate scientists’. This slur is just plain silly. Forty years ago there was no discipline called climate science. To understand the complexity of climate and atmosphere requires input from many individual science disciplines, particularly physics and chemistry. Other disciplines are vital, including geology, geochemistry, paleoclimatology, meteorology and many others. Most of these subjects are well represented in the ranks of the WCD signatories. The WCD is now signed by almost 250 professors from across the world. The numerous countries already represented have been joined by six more as a result of the recent rush to sign.

The WCD is not a peer-reviewed science paper – and to criticise it on those grounds is to miss the point. It is a concise rebuttal of the notion that climate alarmism is ‘settled’ science and a riposte to those who seek to delegitimise anyone who dissents from that view. It declares that the Earth’s climate has varied as long as the planet has existed. “It is no surprise that we are experiencing a period of warming,” it notes. In addition, the scientists state that there is no statistical evidence that global warming is intensifying hurricanes, floods, droughts and similar natural disasters, or making them more frequent. “There is no climate emergency,” it says. “We strongly oppose the harmful and unrealistic Net Zero CO2 policy proposed for 2050.”

Furthermore, it states that carbon dioxide is not a pollutant. It is essential to all life on Earth: “More CO2 in the air has promoted growth in global plant biomass. It is also good for agriculture, increasing the yield of crops worldwide.”

The recent rush to sign the WCD is a sign of growing anger within academic circles of the way science has been hijacked to provide a veneer of authority to the hard-left, command-and-control Net Zero agenda. As that dogma unravels by the day, and its disastrous implications become apparent to ever-growing mass of people, it is likely that more scientists will speak out against the use of model-driven ‘settled’ science to pursue controversial political aims.