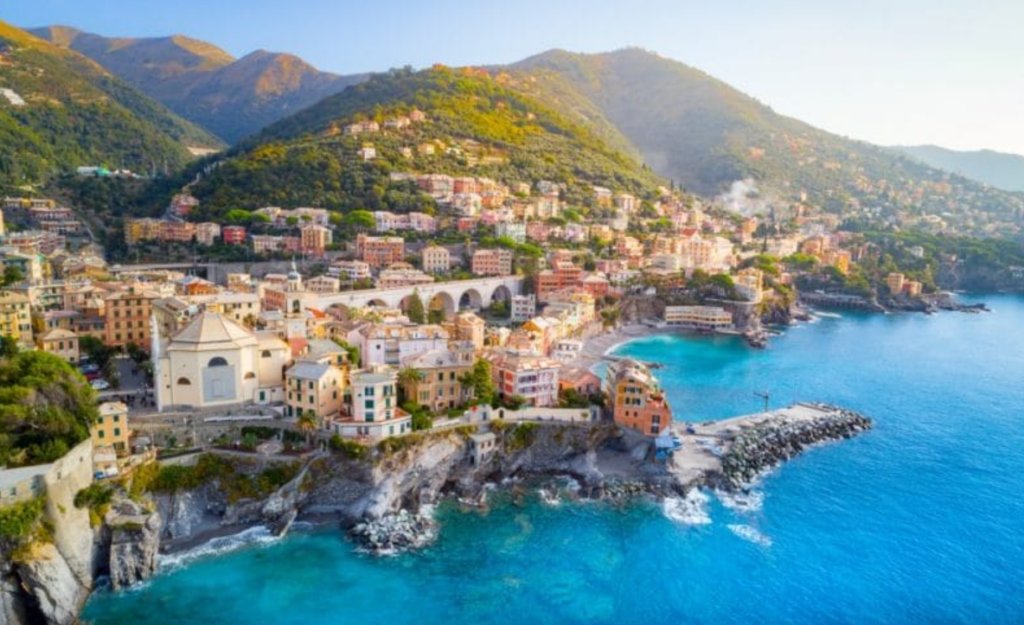 Genoa, one of the Italian playgrounds of the super-rich is a city of lap dog lovers. There is no shortage of dogs, or dog turds. But there does seem to be a shortage of poop bags and it was not uncommon on my morning run along the Corso Italia this week to see a face-masked dog walker allowing his dog to leave another infectious deposit of poo, walk away and leave it steaming in the middle of the promenade.

I have just returned from Italy where the proclaimed lifting of Covid restrictions refers only to the paperwork associated with entering and leaving the country. Masks are still very much in evidence and a great deal of this is self-imposed. If not actually wearing a mask, nearly everyone has a mask around their wrist, like a talisman of which they just cannot let go. Normality will only ever be regained when the metaphorical masks are lifted from the minds of the Italian people.

My regular visits to Italy have allowed me to observe over time the reaction of the country to the emergence of the novel coronavirus COVID-19. Italy was quick off the mark in the early days of the global panic and, indeed, amongst the first to panic. I returned to the U.K. from Wuhan late in 2019 to discover I had left an epidemic behind me. While we only began hearing about the coronavirus early in 2020 it had already been making its way through the sick and vulnerable in Wuhan since at least November 2019, certainly coinciding with my five weeks in the city in November and December 2019. I had travelled on crowded trains and taxis, eaten in crowded restaurants and taught in packed lecture rooms with impunity. My initial reaction, and one which has not attenuated, was that this was just another virus, it would kill a few old folks like me and some of the more clinically vulnerable amongst us and leave the vast majority alive and unscathed. And that is exactly what happened.

Italy Wears its Covid Scars Like a Badge of HonourRead More 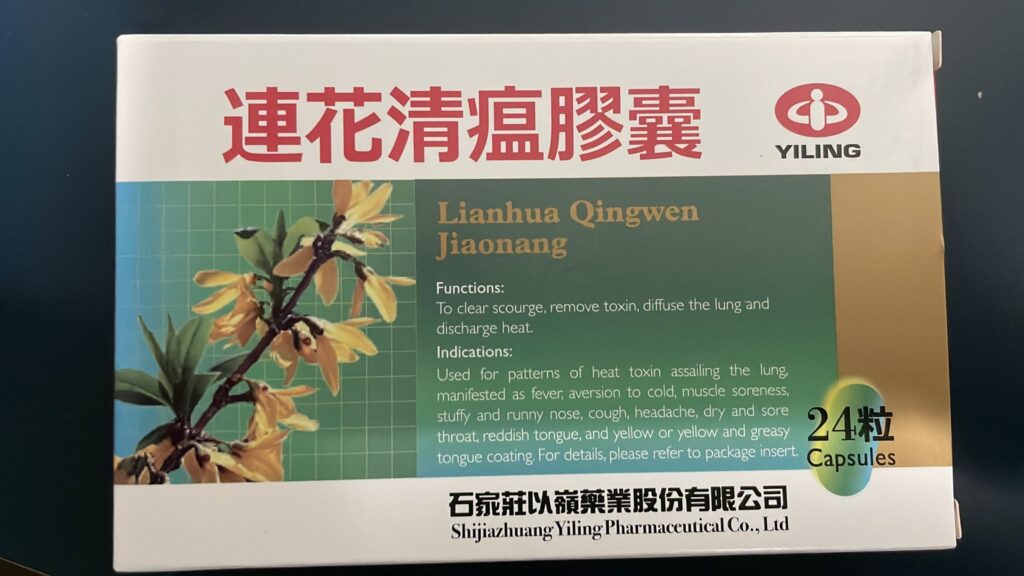 Imagine the joy of three million people in Hong Kong when, this weekend, they received their “United we Fight the Virus” kits. It is not clear why the remaining four million were deprived of these kits but, given that I know a leading nursing academic and his family who received theirs it may be that the remaining population are considered dispensable. The kits contain COVID-19 rapid tests and KN95 masks and two packs of a traditional Chinese medicine (TCM) called Lianhua Qingwen Jiaonang (LQJ) which will, allegedly, “clear scourge, remove toxin, diffuse the lung and discharge heat”. Apart from the fact that the Legislative Council of Hong Kong has not bothered to ask a native English speaker to check the above description of the purported action of LQJ, it appears that it has also not consulted anyone with any knowledge of medicine – real medicine – what any of that means.

“Clear scourge” is simply Chinglish gobbledegook; “diffuse the lung” is biologically meaningless and “discharge heat” defies the laws of thermodynamics. Whether or not LQJ is capable of the claim that it will “remove toxin” is another matter. But, notwithstanding that if something is “removed” it must go somewhere which is not specified, at least this is testable. In terms of “removal”, in conventional medical terms this means metabolic removal by “first pass” metabolic breakdown in the liver, commonly engaging the services of a liver microsome enzyme known as cytochrome P450. Otherwise, toxins are removed by the kidneys and excreted in the urine. How LQJ is involved in that process is unknown.

Lest the Hong Kong recipients of the Covid kits are in any doubt about when to use their supply of LQJ, they are advised that the indications are that it can be used for: “Patterns of heat toxin assailing the lung, manifested as fever, aversion to cold, muscle soreness, stuffy and runny nose, cough, headache, dry and sore throat, reddish tongue, and yellow or yellow and greasy tongue coating.” All they needed to add was ‘feeling a bit iffy’ and ‘having the sniffles’ and they would have had a full set of vague symptoms that would turn even the most resilient person towards the medicine cupboard. 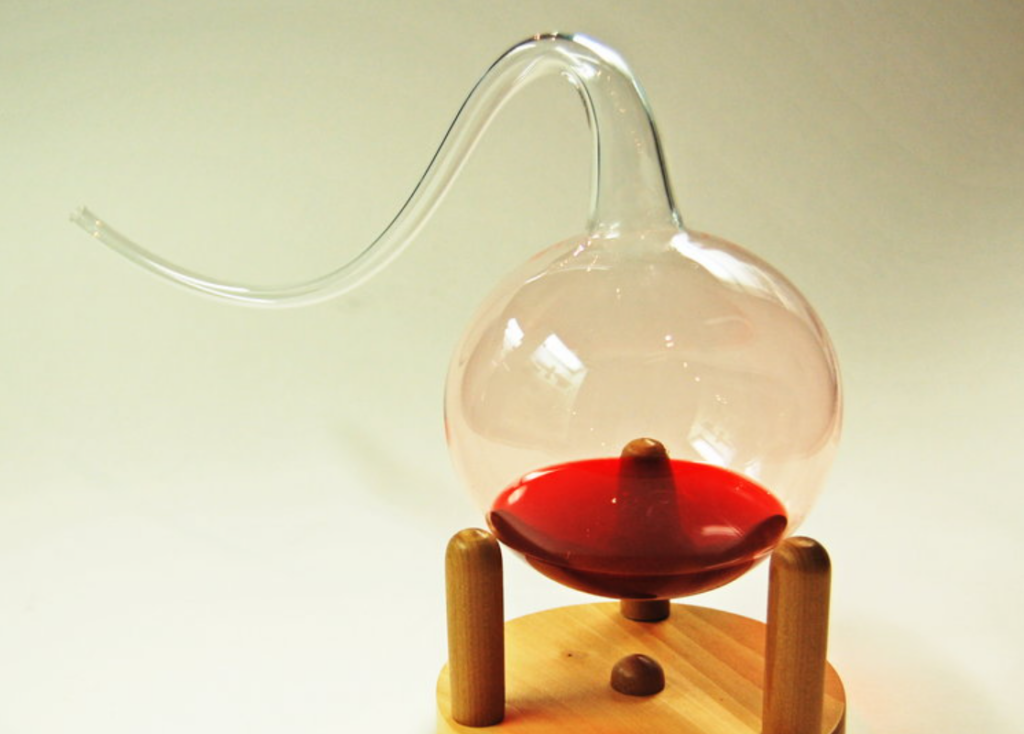 Being sceptical is one thing. Being just plain wrong is another. And in the broad spectrum of Covid scepticism, Dr. Sam Bailey takes the extreme biscuit both for believing and promoting the most abject misinformation regarding viruses. In a nutshell, she does not believe they exist. I am aware of others in the same camp and, slightly along the spectrum there are those who, while they may believe in viruses, do not believe in the existence of the SARS-CoV-2 virus that causes COVID-19. Of course, there have long been those like discredited Peter Duesberg who have, for example, claimed that HIV does not cause AIDS. I would like to hear Duesberg or Sam Bailey explain how haemophiliacs contracted AIDS from blood infusions. Somehow, I think they’ll have a stock response to that one.

They are all, demonstrably, wrong but stubbornly adhere to their views. I must make it clear that, while I think they are wrong and that their views are potentially damaging, they have every right to express those views. But I do wish that there was a forum for proper debate on these issues. The mainstream scientific community tends to hold people like virus deniers (and ‘anti-vaxxers’) in contempt and not worthy of debate. The mainstream media will not allow them airtime. This is wrong, especially in the age of COVID-19 as, while I am a fully signed up lockdown sceptic, these people are spreading erroneous views by other routes and are simply not being challenged.

However, I sense a similar attitude amongst the virus deniers who tend to promote their views on increasingly bizarre websites and within such a deafening echo chamber that they are completely unable to hear, yet alone contemplate, alternative views. They certainly don’t listen. If I am allowed to make the obvious case for the existence of viruses, by tackling some of the excesses of the virus deniers I hope that someone from their camp may be willing and permitted to provide a counterattack.

The Real Truth About VirusesRead More