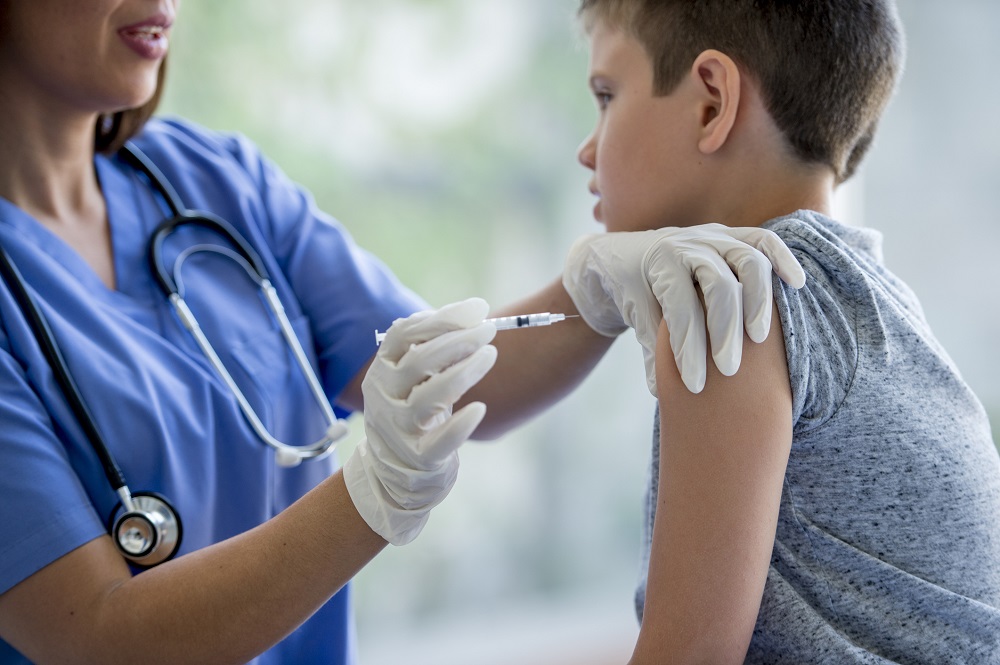 On Monday, October 24th a debate on vaccine safety took place in Parliament. Three MPs, Danny Kruger, Sir Christopher Chope and Andrew Bridgen, discussed a number of issues the mainstream media have not been reporting on. The health concerns raised appear to be receiving very little, if any, serious recognition by the Government. It was the safety of children and young adults that concerned me most in this debate and in this article I want to explore whether the medical profession is being as cautious and conscientious as it should be in the administration of medication, including but not limited to Covid vaccines, to children. How well are children and young adults being monitored following medical interventions?

A few days ago it was reported that dozens of children between the ages of five and 11 were given higher doses of the Covid vaccine “by mistake”. Solent NHS Trust operated the ‘pop-up’ vaccine clinic (see later) and one mother was told that “she shouldn’t expect anything significant” to happen to her daughter following the mistake but that any reaction to the jab “would last longer”. The Chief Medical Officer for the Trust said that this was an isolated occurrence.

In other news, the Indonesian Health Ministry said on Thursday, October 20th that it had found traces of three hazardous chemicals in children with acute kidney injury, two of which are present in Indian-manufactured syrups suspected to be linked to dozens of deaths in Gambia. According to the Ministry, at least 70 cases of children under the age of five years with acute kidney failure are being detected every month with a mortality rate of about 50%.

This type of news is always disturbing to hear, not only because innocent young lives are involved but also because these children had little, if any, choice in the administration of a treatment that might not even have been necessary. It seems all too easy to reach out to the medicine cabinet for just about any ailment, no matter how mild or trivial these days. Likewise, it seems too easy for parents to be made to believe that Covid vaccinations offered to their child are essential for their health and wellbeing.

Errors in paediatric doses are not in fact uncommon. Research shows that potential adverse drug events occur three times more frequently among paediatric patients than among adults. Some of these differences in error rates are due to:

Monitoring of adverse events in children is also much more difficult than for adults and conducting and monitoring long term drug trials for children is even more problematic. The conclusion of a 2019 medical study was that: “Paediatric clinical trials designed to sufficiently investigate drug safety and efficacy to support approval are of relatively limited duration. Given the potential long-term exposure of patients to these drugs, the clinical community should consider whether new approaches are needed to better understand the safety of long-term use of these drugs.”

An example of a recent attempt to monitor the effect (and therefore safety) of Covid vaccines on children has been the reliance on testing for antibody production against the disease. A recent JAMA study suggests that these trials have been inadequate and inappropriate. It found that such antibody production provides children with little or no protection against infection. The main determinant is actually cellular immunity (i.e., T Cells). The study even found that having antibodies to Omicron increased the infection risk, which may help to explain the negative vaccine effectiveness seen in a number of studies where infection rates are higher in the vaccinated than the unvaccinated.

Whilst evidence of the adverse reactions and immediate harms of Covid vaccines on young people is building at an alarming rate, it is easy to overlook the possible unknown long term consequences. History has taught us that medical experts can fail to see harms in both pre-licensed and post-licensed pharmaceuticals and in non-licensed or non-prescription drugs for dangerously long periods. There are too many examples to list here, but in the early 1900s concern about smoking was considered alarmist. There was no definitive evidence that smoking was bad for you. By the 1930s, tobacco companies had an army of doctors ready to debunk you as a quack for even suggesting something as benign as a cigarette could give you cancer. By the 1960s, the evidence against smoking was more than damning. By then, the debate over smoking’s deadly impact had been raging around the world for more than a generation and medical experts were slowly reaching the same conclusion.

In July 1956, medical authorities in West Germany licensed a drug for sale without a prescription. Thalidomide had been developed as a sedative or tranquiliser, but people were soon taking it for a range of conditions, including pneumonia, colds and the flu, as well as to relieve nausea in early pregnancy. Six years later, more than 10,000 babies had been born with physical abnormalities caused by the drug. It wasn’t until 1962 that Thalidomide was banned in most countries in which it was sold – and this for a drug with such early and devastating side effects. In the U.K., the MHRA Yellow Card adverse event reporting system was introduced partly as a result of Thalidomide, but we know that average reporting rates are estimated to be around 10% of actual adverse events under this system.

Scandals are often associated with a failure to learn from history. In the early 50’s a Dr. Krugman wanted to create a vaccine for hepatitis. He deceptively coerced carers and parents into forcing 50 children from a home for developmentally challenged kids to be injected with the virus itself or by making them drink chocolate milk mixed with faeces from other infected children. Dr. Paul Offit, a paediatrician, said that “Krugman certainly did speed up the development of a hepatitis B vaccine but I don’t think you’re ever justified to inoculate a child with an infectious virus that might kill them”. In 1979 the Belmont Report was published in an effort to learn from this and provide a comprehensive guideline of basic ethical principles.

Augmenting the hoped for protections of the Belmont Report, a 2004 article described the main ways in which the risk of medication errors for children could be minimised. It said it is critical to have

It is concerning therefore, in relation to the above, that the ‘pop-up’ Covid vaccine clinics in the U.K. are often staffed by volunteers who may have had no prior medical, nursing or any type of clinical experience. The BMA paper on the recruitment of these Covid vaccination volunteers lists the minimal qualifications. The volunteer has to:

Surely this cannot be right, 70 years on from the days of Krugman? Is it also acceptable for parents to have been pressured (in the case of Covid, through fear from Government, scientists and the media) into providing consent for a novel ‘vaccine’, without long term data, on behalf of their healthy offspring? This fear was instilled through overstating the risk of Covid to healthy children, misinforming the public that the vaccines prevented transmission and describing vaccine effectiveness in a misleading way by claiming up to 95% effectiveness (relative risk) instead of the actual or absolute reduction in risk which in the trial was less than 1% in adults and is now possibly less than nil for children (see above).

I try to put myself in the shoes of these children when, possibly some time later in their lives, they are told of their participation in the administration of a not yet fully licensed medication. Or not told. They were possibly too young to comprehend the personal risk and bodily infringement inflicted. Andrew Bridgen MP reported one study alone involving several thousand vaccinated children showing that one in 500 under five years of age who received a Pfizer Covid vaccine were hospitalised with a vaccine injury and one in 200 had symptoms ongoing for weeks or months afterwards.

Why has the Government, the medical profession and media not allowed the public to be informed that the Yellow Card reports, and those of the American equivalent, VAERS, show up more adverse Covid vaccine incidents in young people than all other known vaccinations combined? Around 6,000 doctors, scientists and professionals in more than 34 countries have declared an international medical crisis due to “diseases and death associated with the COVID-19 vaccines”. Their report highlights the large number of sudden deaths in previously healthy young people who were inoculated with these ‘vaccines’, and the high incidence of miscarriages and perinatal deaths which have not been investigated.

Danny Kruger MP said: “The MHRA is funded by the pharmaceutical companies that produce the drugs and vaccines that it regulates. There might be some universe in which that makes sense, but this is not it.”

In 1995, the comedienne Mrs Merton famously asked Debbie McGee (unfairly I thought): “So what attracted you to the millionaire Paul Daniels?” Similar could be asked of Government and others involved in the rollout of experimental mRNA Covid vaccinations: “So why were healthy children and young adults coerced into receiving unnecessary multiple Covid vaccinations from a $1.4 trillion global pharmaceutical industry?”

Why Are People Losing Confidence in Vaccines?