Why Are People Losing Confidence in Vaccines? 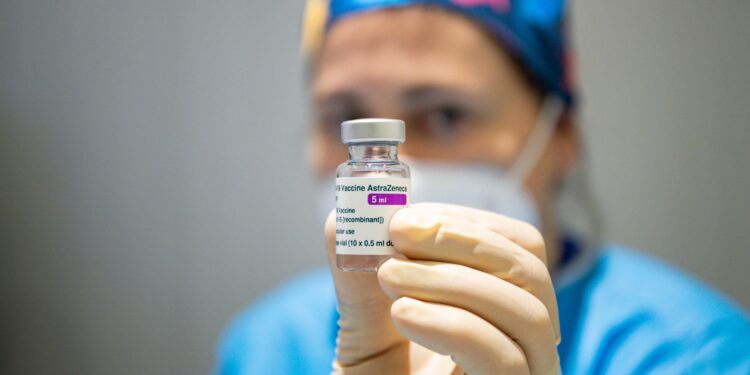 A new peer reviewed article in the journal Vaccine has been published comparing surveys data on attitudes to vaccination from before the pandemic with attitudes now.

The authors report that “paradoxically, despite the success of COVID-19 vaccination campaigns, vaccine confidence has significantly declined since the onset of the pandemic”.

I am not quite sure why the authors appear so surprised at their result but a clue can be found in their use of the word “despite”. In many countries the “success” of the COVID-19 vaccination campaign relied in large part in pressuring, bullying and sometimes coercing people to get vaccinated.

Now if governments tell you that getting vaccinated is in your best interests, but that nonetheless those who choose not to get vaccinated will be pilloried in the press and on social media, barred from participated in normal everyday activities and, in some cases, sacked from their employment, perhaps we should not be surprised that people start to doubt whether those governments really do have their best interests at heart.

And those doubts have substance behind them. From a very early stage, it was clear that for many people, the known risks from vaccination probably outweighed any likely benefit. This was most obvious for those who had already had Covid (and for whom the marginal impact of vaccination in preventing a further infection was small), for groups who faced very low risks of serious illness if they contracted Covid and especially for young males for whom vaccination seems to be bring additional risks of heart problems.

But instead of acknowledging that Covid-19 vaccines may make sense for some people not everyone, too many public health officials, scientists and politicians have systematically downplayed immunity from previous infection, brushed aside concerns over side effects and dismissed concerns that the roll out to the whole population was rushed given uncertainty over long term effects.

The latter was a particularly serious error. Right from the start of the roll out the public was assured that the vaccines had been thoroughly tested. Yet in May 2021, the Government decided to stop providing the AstraZeneca vaccine to under 40s due to the relatively high rate of blood clots. That decision would have been little consolation to the families of the 73 people whose deaths the MHRA report as being linked to that vaccine.

Rather than taking that as a lesson, authorities around the world doubled down and rolled out vaccine mandates, passports and travel restrictions as a way of twisting more arms into receiving the jab. Ironically, these measures were aimed primarily at young people for whom the benefits of vaccination were lowest and (particularly for males) the risks seem highest.

The official rationale for these policies was that vaccination would help protect others from being infected. We now know that there was never any evidence to back this up. And when official data started to suggest that the vaccinated may be getting infected at similar if not greater rates than the unvaccinated, the response of some journalists was not to probe further and investigate but to encourage the authorities to suppress the data. Truly, you could not make it up.

Researchers such as Alex de Figueiredo from the London School of Hygiene and Tropical Medicine warned at the time that coercion was likely to lead to a loss of trust in vaccination more generally. With the latest research paper, we have firm evidence that this is indeed the case.

It is not unreasonable to conclude that the most dangerous ‘anti-vaxxers’ over the past two years have not been fringe conspiracy theorists but governments and the public health establishment itself.

It’s a sorry state of affairs, but where do we go from here? Well public health leaders could start by switching tack. Rather than setting out to persuade everyone to get vaccinated, they could concentrate on providing good information about benefits and risks to help people decide whether vaccination is right for them. If, at the same time, they start to engage honestly with those who have suffered side effects and acknowledge the high level of uncertainty that still exists in the evidence, perhaps they can begin to regain some of the trust they have so negligently lost.

David Paton is Professor of Industrial Economics at Nottingham University Business School. He tweets as @CricketWyvern.

Stop Press: Eugyppius has written about this survey as well: “Long after it had become clear to everyone that the vaccines would do nothing to stop transmission, the vaccinators persisted with their intemperate, coercive campaign, polarising all of society and calling into being a new kind of tribalism based on vaccination status which had never existed before.”