U.K. Covid Cases Plunge Another 40% and Dip Below 20,000 For First Time Since Last June 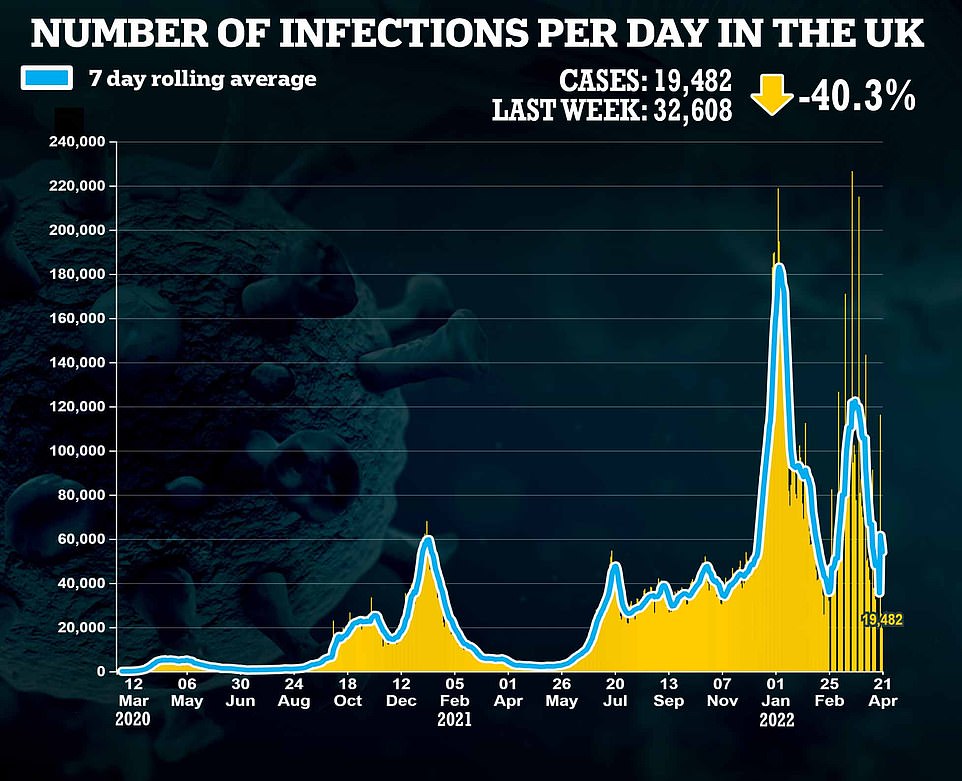 It is the lowest daily figure recorded since June 27th, when 14,876 official cases were recorded. But the metric has become much less reliable now that free tests have been scrapped for the majority of Brits.

Despite the fall in cases, a recording backlog saw the number of deaths recorded today jump by 85% in a week to 646. Fatalities have been fluctuating daily because of delays in reporting.

The number of people dying within 28 days of a positive test on average has been falling week-on-week for the last four days.

Experts have warned the constant stream of daily figures are now almost meaningless because they rely on people coming forward for tests, which has reduced massively since the end of free testing.

There is now clamour among many scientists for their publication to be scrapped entirely.

Stop Press: The U.K. recorded fewer than 20,000 cases for the second day in a row on April 22nd, according to MailOnline.