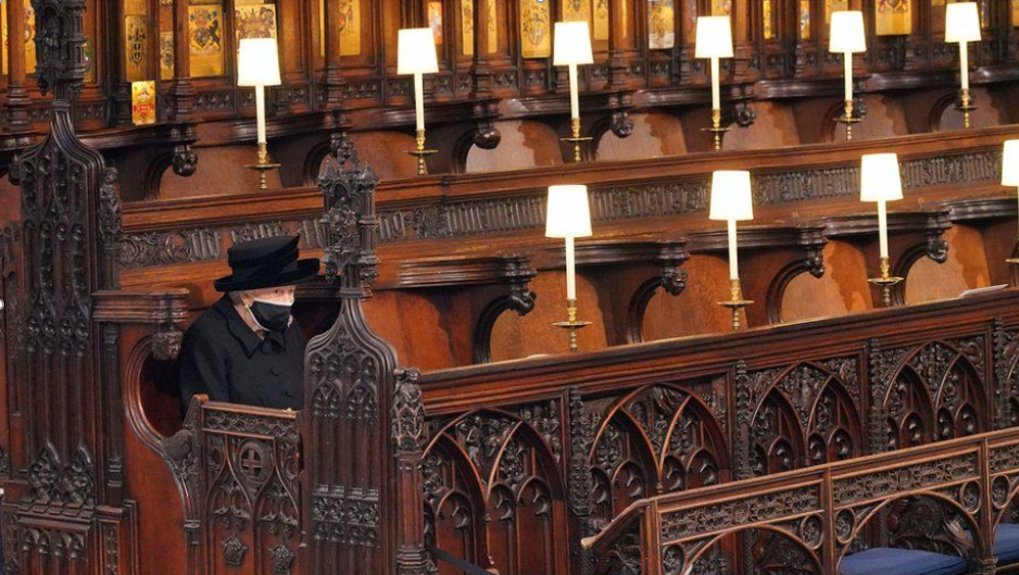 There follows a guest post by Daily Sceptic reader Nick Rendell, who is struck by the massive difference in reported infection rates between now and April 2021, and says the Queen is owed an apology.

What a difference a year makes. The sight of the Queen sitting alone in St. George’s Chapel at Windsor Castle was one of the most poignant images of the pandemic. The things we had to do to keep ourselves and others safe. Only 30 mourners were allowed, everyone was masked. Never has the Queen looked so alone.

Contrast this with today’s memorial service at Westminster Abbey, packed out, no social distancing, not a mask in sight.

But that’s perfectly understandable, you might say. At the time of the funeral there was a pandemic raging whereas now infections, hospitalisations and deaths have massively abated. But is that actually the case?

I thought I’d check out the current rates and those prevailing on the date of Prince Philip’s funeral. The results surprised me. I wonder if the Queen will be told.

Currently, the Government dashboard shows around 86,000 infection reported each day (taking the most recent seven-day average on March 21st), 36 times higher than the 2,400 or so reported on April 17th 2021. The hospitalisation numbers are 14 times higher and the fatality numbers are seven times higher.

What to make of this? A few conclusions come to mind. Firstly, you might say everyone is a sceptic now, to judge by the transformed attitudes since last spring: sceptical about lockdowns, sceptical about social distancing, sceptical about masks. Secondly, we know that only the night before the funeral last year, there was revelry at No.10 Downing Street, so it’s clear those in Government knew there was nothing to be much concerned about then. Thirdly, while Omicron may be milder than Delta, the lack of concern about record high ‘cases’ and rising hospital admissions suggests people are realising lockdowns were an over-reaction.

Doesn’t someone owe the Queen an apology? Either the Government recklessly put her at risk today or else it unnecessarily denied her a proper funeral for her husband last year. The same goes for everyone else who, in good faith, has gone along with the pantomime which had passed for public health measures over the past two years.