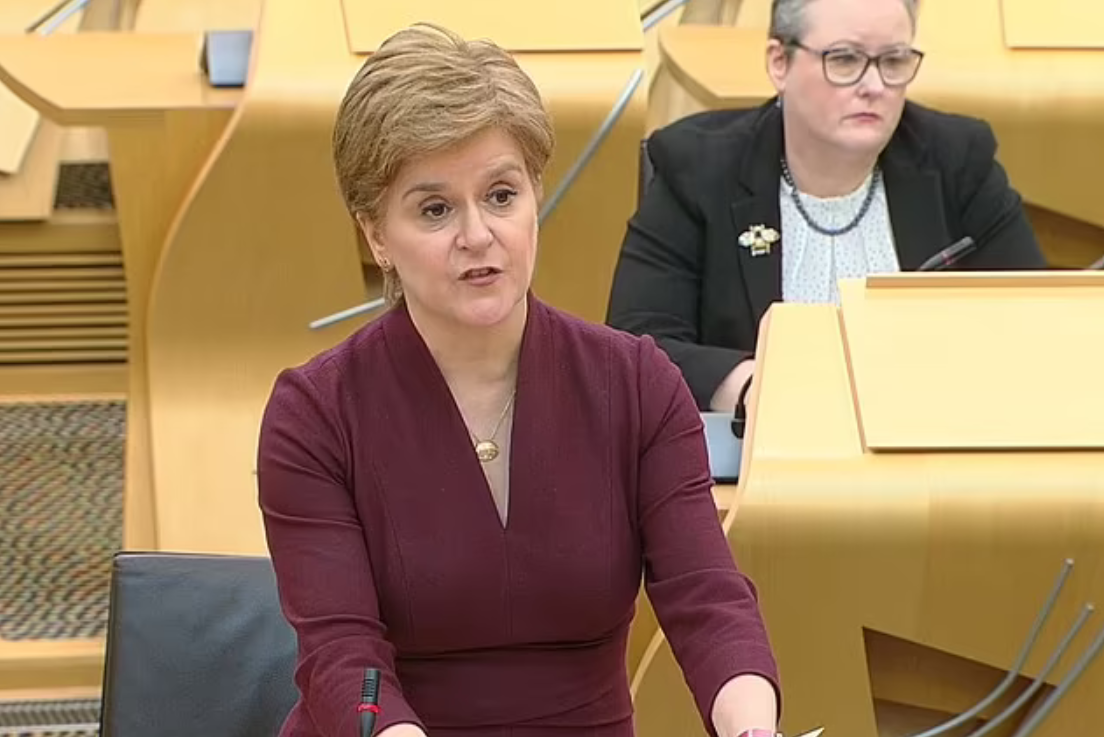 The First Minister told Holyrood the face covering restrictions would be kept for at least two more weeks amid a spike in cases.

She had been under pressure to bring Scotland into line with England by scrapping all remaining social restrictions, including laws demanding masks be worn indoors in public places.

Opponents had urged the First Minister not to backtrack but Chief Medical Officer Sir Gregor Smith had advised a cautious approach amid concern over a recent rise in case numbers.

And Ms. Sturgeon told MSPs in Edinburgh today that keeping the mask mandate was “prudent” and expected to lift the law before the Easter school holidays, with a decision in 14 days.

But Scottish Tory leader Douglas Ross slammed the decision, saying: “It’s true that cases rates are higher at the moment than any of us would like. But Covid cases were always going to rise as restrictions were eased.

“We can’t get complacent with Covid but we have to move forward, we cannot stay stuck with Covid rules forever. That’s why it will be a blow for households and businesses that the First Minister has decided to keep the face mask rules in place…

“Why won’t the First Minister trust the Scottish public to take the steps they think are right to protect themselves and their families? And why are we back to this ‘wait-and-see’ approach again with no firm date to allow businesses and the public to plan ahead?”

Other measures still in place, like forcing businesses to collect customer contact details, will cease on Monday as planned.

The First Minister also confirmed plans to stop widespread Covid testing by the end of April.

The absurdity of continuing the restrictions is shown by a quick comparison of the infection rates in Scotland and England. Scotland has seen infections rise much sooner and faster than England, despite keeping various restrictions in place.

Ah, but think how much worse it would have been if the Supreme Leader had not continued her wise interventions…

Ex-WHO Scientist Claims Omicron BA.2 Variant is as Infectious as Measles – But What Do the Data Show?