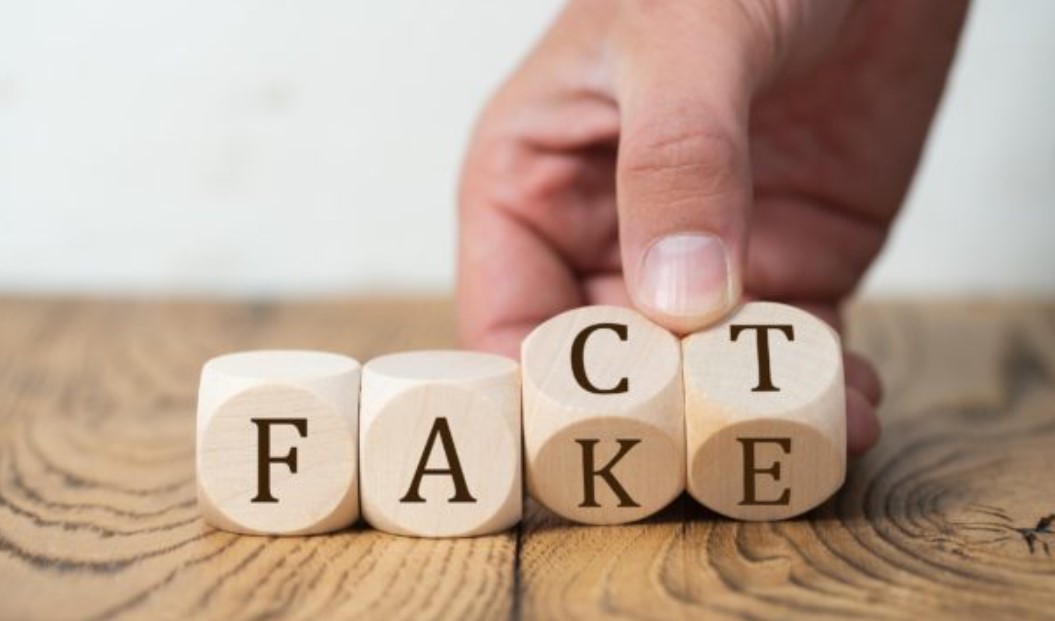 Ever since I realised the devastating effects lockdowns would have all over the world, I have actively fought them. My first task, in October 2020, was hosting an interview with world-renowned epidemologist Martin Kulldorff, one of the authors of the Great Barrington Declaration, which argues for focused protection instead of blanket lockdowns.

Incidentally, Kulldorff was involved also in my first really memorable encounter with the so-called fact-checkers. Last summer the Icelandic Chief Epidemiologist said in an interview he believed herd immunity would never be reached by vaccination, only through infections. I posted a link to the interview on LinkedIn. Kulldorff shared my post, and the next thing he knew his reshare had been removed. Clearly a fact-checker hadn‘t liked what our Chief Epidemiologist said, and decided the public shouldn‘t know.

Part of my activities as an active lockdown sceptic has been managing a large and fast-growing local Facebook group, dedicated to providing a broad view of the Covid situation, including negative effects of lockdowns, and later on, growing concerns with the effectiveness and safety of mass-vaccination. This is a difficult task as we must always be very careful not to accept posts that for some reason contain material that doesn‘t comply with the worldview of the fact-checkers. We get a few strange conspiracy theories of course, but mostly the material we have to reject is simply inconvenient facts or well-argued opinions, even by respected scientists, that just happen to go against the official narrative.

Fact-checking is nothing new, and until recently it was just that, checking for facts. But since very early in the pandemic, fact-checkers have become less concerned with facts, but more, and in some cases exclusively, with censoring anything that goes against their own opinions. Every day, hundreds of such articles are published and then used to justify censorship. The following example is a typical one.

Recently, official Scottish data has shown COVID-19 infections, hospitalisations and deaths are becoming more frequent among the double-vaccinated than the unvaccinated. The latest report shows the infection rate among the double-jabbed is now double the rate for the unjabbed, and 50% higher for the triple-jabbed. Hospitalisations are higher among the double-jabbed than the unjabbed and the death rate is double. This is a concerning development and has garnered some attention from those who follow such statistics. I wrote a short Facebook post on this the other day, quoting an article discussing this development. A few days later the familiar warning of ‘false information’ had been slapped on my post.

I decided to follow up on the ‘fact check’ referred to in the warning, an article by Mr. Dean Miller, managing editor at Lead Stories, one of the agencies that frequently publish articles used to justify censorship. Mr. Miller holds an undergraduate degree in English and seems to have no science training whatsoever.

None of this is necessarily untrue. But the article provides no references showing that vaccinated people behave differently from unvaccinated people, which would make them more likely to come into contact with infected persons. We also have no way of determining if the opposite is true. In other words, this is pure speculation, for which no evidence is provided. Whether vaccinated people are more likely to get tested is speculative also and there is no data provided to back up this claim. The same goes for the claim that the unvaccinated are more likely to have been previously infected. In fact, as numerous studies have already demonstrated that infection provides strong and lasting protection, this suggestion seems highly unlikely.

So, three of Mr. Miller‘s arguments are pure speculation, unquantified and not supported by any evidence. But what about the last argument, that the vaccinated tend to be older and therefore more likely to be hospitalised or to die? This certainly looks like a valid point, since we know it is primarily the elderly who become seriously ill with COVID-19. But how valid, or relevant is this really?

To start with, being vulnerable to serious illness or death if infected has nothing to do with the probability of infection. Rather than increasing it, it might rather decrease it, as a vulnerable person might be more likely to avoid situations where they are likely to get infected. As for hospitalisation and death, the data presented in the Public Health Scotland reports is in fact age-standardised. This means the age-related probability of death is already accounted for in the statistics. Mr. Miller‘s key argument, and the only one that isn‘t purely speculative, is therefore simply invalid. It seems he either failed to familiarise himself with the methodology used, or did not understand what it entails.

The weakness of Mr. Miller‘s argumentation does not however stop him from categorically denying that comparison of infection rates is a valid indicator of vaccine effectiveness. And of course it does not prevent the media and social media using his claim, based on speculation and lack of basic understanding of the data, to censor the discussion of a disturbing development that most certainly calls for thorough investigation.

When I showed the data to a Scottish friend recently, he suggested it was of no relevance for other nations, as the Scots were genetically different from other people due to a long-standing diet of nothing but chips, Marlboros and Irn-Bru. I can only say his explanation makes just as much sense as Mr. Miller‘s do.

But Scotland is not the only country experiencing this disturbing trend. A couple of weeks ago I published an article in the Daily Sceptic discussing a similar trend in Iceland: early January data showed the double-vaccinated to be twice as likely to get infected as the unvaccinated. This undermines the aforementioned dietary explanation, as in Iceland we boil our potatoes, smoke Camels rather than Marlboros and Irn-Bru has never been available. No ‘fact check’ has yet been published trying to invalidate this data. However the already published infection rate for the unvaccinated suddenly rose by 20%, without explanation, soon after this development was pointed out.

Unfortunately Mr. Miller‘s article is not the only example of a ‘fact check’ that ignores or distorts the facts, or counters hard data with pure speculation. This sloppy kind of reporting seems to be the fact-checkers’ standard way of working when it comes to the pandemic. Some have even admitted their fact-check labels are nothing but opinion. And the general press is no exception. For example, the Scottish Herald recently published an article on this subject, also failing to acknowledge the fact that the data is age-standardised.

It is a noble endeavour to try to make sure facts rather than fiction influence public opinion. But unfortunately, it looks as if the champions of ‘fact-checking’ have little respect for facts. Most of the material they produce consists of low quality, highly opinionated articles, lacking not only references, but more importantly the clarity of thinking that must be required of anyone who takes upon themselves the important and difficult task of deciding what is true and what isn‘t.

Thorsteinn Siglaugsson is an economist who lives in Iceland. Find him on his blog.