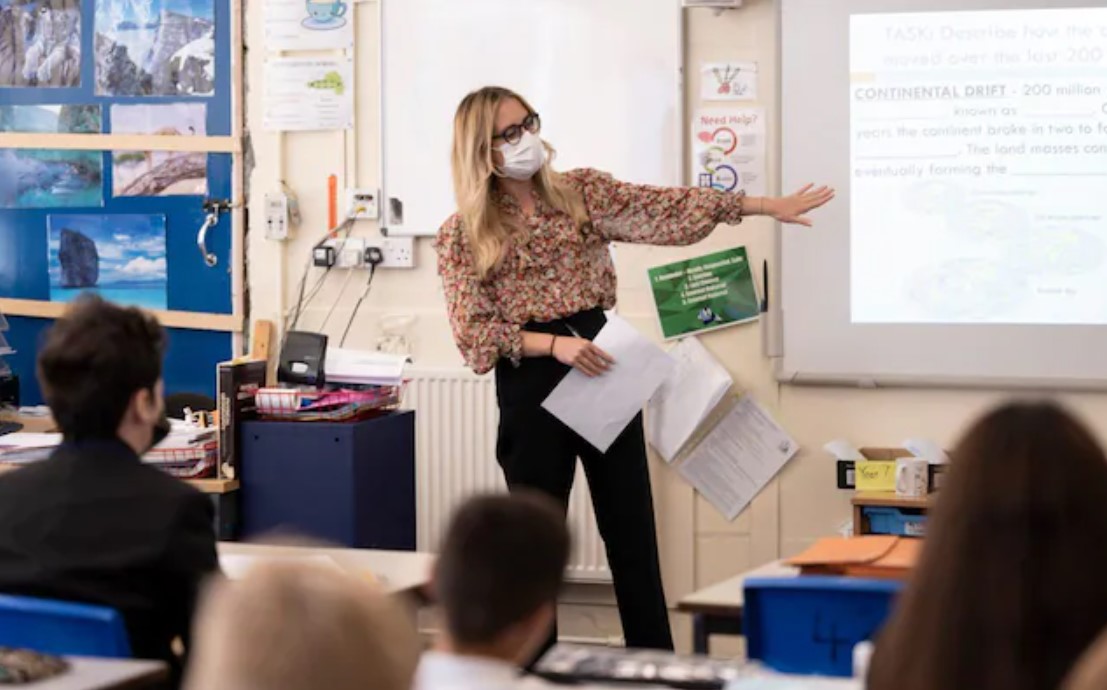 One in 12 teachers was absent from schools in England during the first week of term, according to the latest data, the BBC reports.

Last week, 8.6% of teachers and school leaders were absent – 4.9% because of Covid, up from 3% on December 16th. This includes large numbers isolating as contacts rather than with a positive test. It’s striking that 3.7% were absent for non-Covid reasons.

The Telegraph reports that class sizes have reached up to 120 pupils, crammed into sports halls, as schools leaders back calls to cut the isolation period to five days.

School leaders have backed calls to cut the Covid isolation period to five days after it was revealed that classes of 120 children have crammed into sports halls amid a teacher shortage crisis.

She told BBC Radio 4’s Today programme: “Personally, I’d welcome it, because I think the most important thing is there are many staff that actually have no symptoms, many children that have no symptoms, and I think it’s important to get staff back as quickly as possible.”

This comes after a survey by the NASUWT teaching union found that nearly half of teachers have been forced to cover for colleagues who were off work due to coronavirus as remote learning hit its highest level since lockdown.

Dame Maura told Today that “one of the biggest challenges” currently for schools is “effective supply cover”.

She added: “I think the most important thing we have to remember is that while it’s significant for all children, it’s particularly significant for those students that are actually facing exams, and many of them have had two, two and a half years, of disruption and to then have a lack of quality teaching is actually greater disruption for them.”

On Monday, Boris Johnson said ministers were considering reducing the self-isolation period from seven to five days for fully vaccinated people who test positive for Covid, with the Health Secretary reportedly backing such a move.

Here’s a radical suggestion. Rather than spending a fortune crippling children’s education via mass testing and isolation, why not just go back to the old system for dealing with a winter flu virus in schools. That was the system where occasionally one person would say to another: “There’s something going round.” Tried and tested, and much cheaper and less disruptive.

Coronavirus is Nowhere Near Endemic, Says WHO