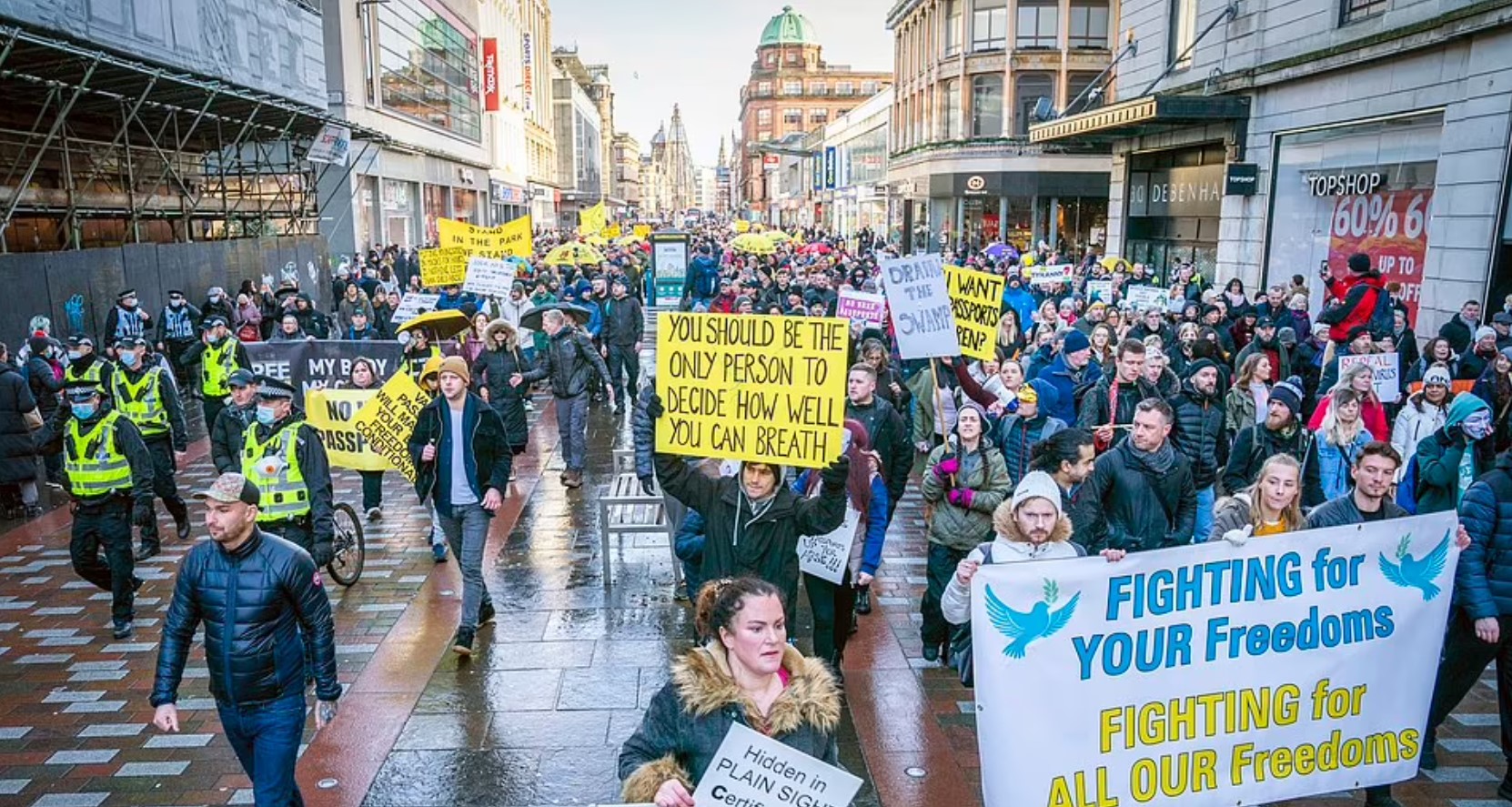 An ‘unplanned’ anti-lockdown protest in Scotland’s largest city has taken place today that appears to be one of the country’s largest demonstrations since the pandemic began. MailOnline has more.

The activists began the unplanned procession by marching through Argyle Street, one of the city’s busiest thoroughfares, during what the campaign group called a “Freedom Rally”.

Some of them were pictured carrying placards saying “Do you trust your government with your life?” and “vaccine passports means your body will be owned by the state forever”.

The protest is believed to have been organised by Scotland Against Lockdown, a group that runs campaigns against mandatory facemasks.

The campaigners are also opposed to the Scottish and U.K. Governments’ Coronavirus Act 2020, social distancing and mandatory vaccines, according to its social media pages.

Official data showed Covid cases in Wales and Scotland are increasing faster than in England despite the nations’ harsher restrictions.

Confirmed infections are rising more than twice as quickly in Scotland as they are in England, jumping from 6,976 to 14,006 in the former nation in the week up to January 2nd – an increase of more than 100%.