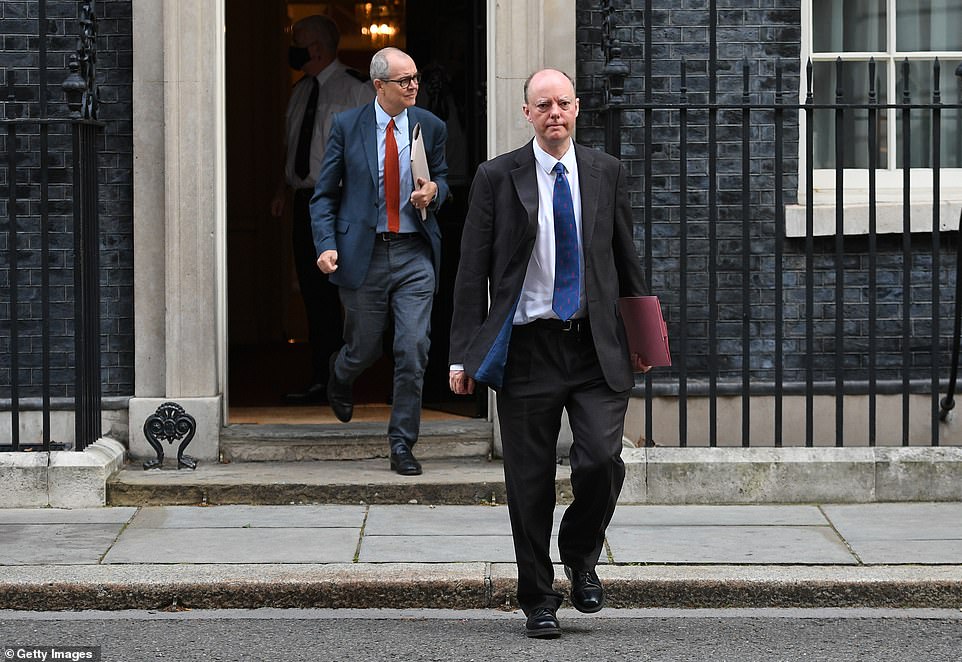 The Prime Minister is due to meet with Sir Patrick Vallance and Chris Whitty on Monday to decide whether to impose any more restrictions. If the Chief Scientific Officer and Chief Medical Officer manage to persuade Boris that that’s necessary, he will need to convene a Cabinet meeting and get the decision approved. No small task since, according to the Guardian, the main leadership contenders will oppose any tighter measures. The Sun says Boris’s decision will hinge on whether Covid hospital admissions are increasing.

If the numbers have continued to rise it will mean increased pressure on the NHS, with experts urging the Government to take action.

His meeting comes as a string of hugely positive studies show Omicron is milder than other strains, with the first official UK report revealing the risk of hospitalisation is 50 to 70% lower than with Delta.

Covid booster jabs protect against Omicron and offer the best chance to get through the pandemic, health officials have repeatedly said. …

Questions continue to swirl over possible restrictions in England as the Prime Minister is set to evaluate the rules tomorrow.

Among the proposals being considered is a two-week circuit-breaker, which would include a ban on meeting friends and family indoors.

If the data continues to worsen then he could plunge the UK into further restrictions – with pubs and non-essential shops fearing they could be forced to close.

This could include plans that will prevent Brits meeting others indoors except for work purposes.

Any new restrictions will need to be passed by parliament, meaning that the Prime Minister will have to hold a cabinet meeting to approve his plans.

He would then need to recall parliament and get the support of MP’s to legalise the new restrictions.

Stop Press: The Guardian reckons Boris is “leaning away from stricter curbs“. Let’s hope that’s right, but MailOnline has the same story, which suggests it’s a line being briefed out by Downing Street. That, in turn, makes me suspicious. Is Boris hoping to get away with trying to impose new restrictions by claiming he was planning not to but had no choice, given the hospitalisation data?

Stop Press 2: MPs and hospitality bosses have told Boris Johnson that if he brings in new restrictions before New Year’s Eve he will risk “devastating” businesses. MailOnline has more.