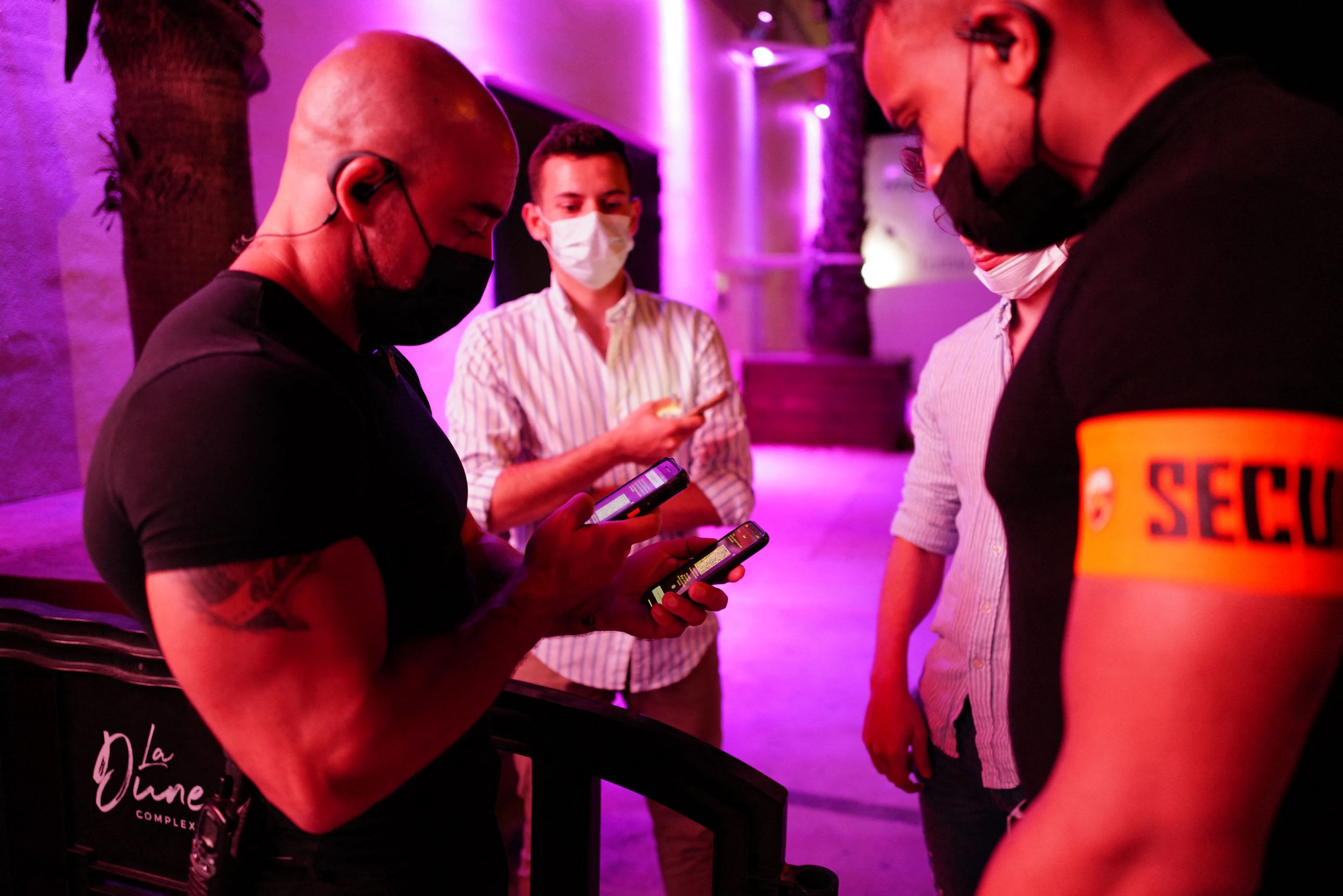 (FILES) In this file photo taken on July 09, 2021 security staff members check the health pass of a client, at the entrance of the nightclub "La Dune" in the French southern city of La Grande Motte, during the reopening of nightclubs in France after nearly 16 months of closure due to the Covid-19 pandemic. - French president is expected to announce in an address to the nation the extension of the health pass to establishments receiving the public, including cultural venues (theaters, cinema), according to government sources. (Photo by Sylvain THOMAS / AFP) (Photo by SYLVAIN THOMAS/AFP via Getty Images)

Following the recent enforcement of Scotland’s vaccine passport scheme, members of staff have had to turn away potential customers at the door if they fail to show the correct documentation required for entry. This has led to a severe decrease in footfall, with some businesses electing to close early. BBC News has the story.

Venue staff refused entry to revellers without vaccine passports more than 550 times, and some staff were abused, the Scottish Hospitality Group said.

It said some venues decided to close early and footfall was down by up to 40%.

The Scottish Government said the scheme was a “proportionate” health measure.

Ministers say it will encourage more people to get vaccinated against Covid and ensure late-night venues can remain open during a “potentially very difficult” winter.

The vaccine certification scheme was introduced on October 1st but there was no enforcement during a 17-day “grace period” as venues adjusted to the new requirements.

The Scottish Hospitality Group, which opposes the scheme, said the first real test this weekend had been “one of unmitigated disaster”.

“The Scottish Hospitality Group has been warning the Government for weeks that their vaccine passports scheme is not ready, but the Government’s attitude has been to tell us to ‘get on with it’ whilst offering no safety net of support for businesses or our hard working staff”.