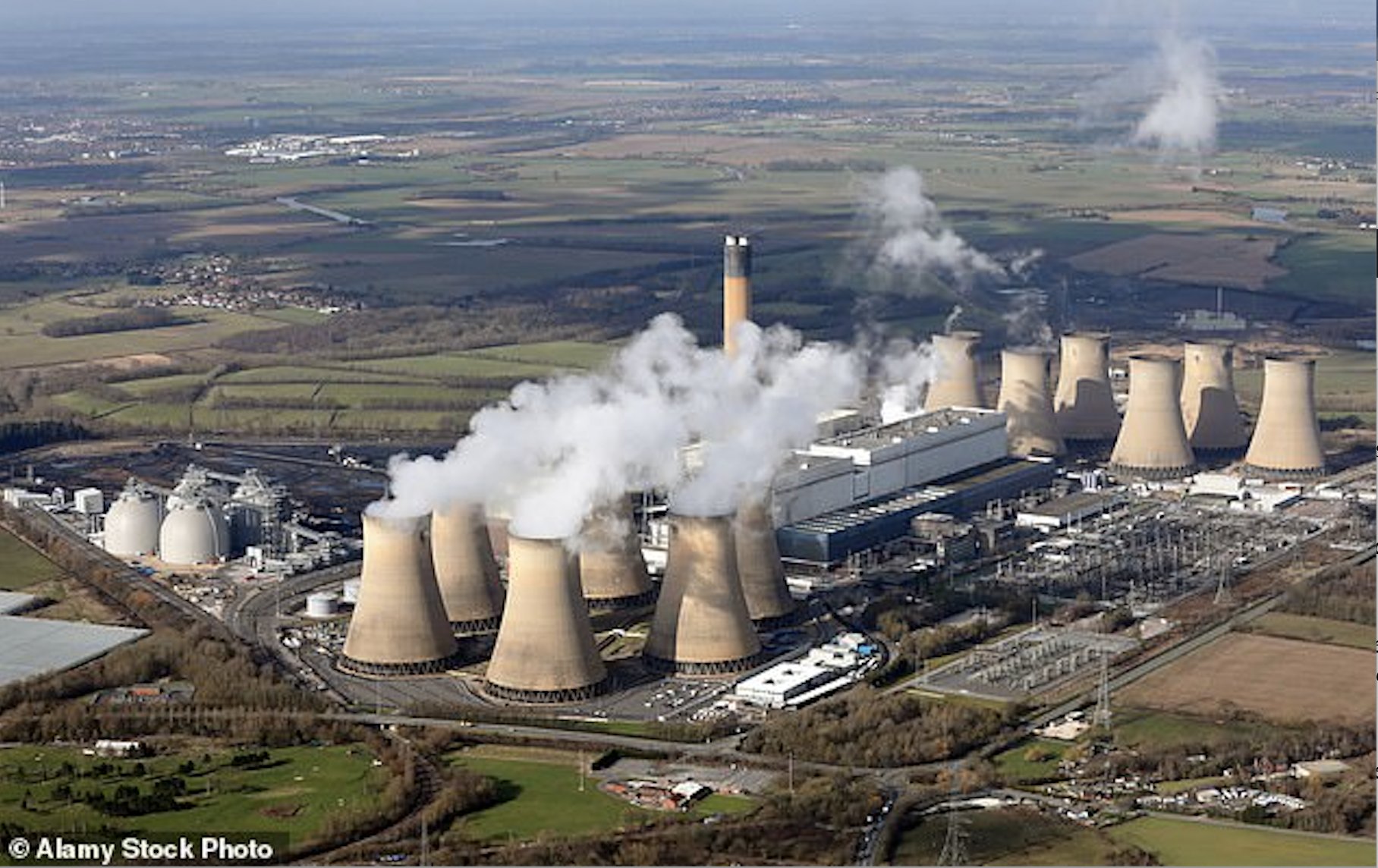 A ‘green’ power station subsidised with taxpayers’ money is Britain’s biggest emitter of greenhouse gas, according to new research. The Daily Mail has more.

Drax in Yorkshire burns wood pellets, which are treated as a ‘renewable’ fuel and the site has attracted more than £800 million of taxpayer subsidies.

But analysis shows that the burning of wood for power – known as biomass – has been the cause of more carbon dioxide emissions than coal since 2019.

Drax burns millions of tonnes of wood to provide around 12% of the UK’s total electric power, generating 15.6 megatonnes (Mt) of carbon dioxide emissions each year, which cause the planet to heat up by trapping heat around the Earth – the greenhouse effect.

The power station is also one of the top five emitters in Europe of toxic air pollution particles known as PM10.

It is argued that emissions from burning wood are offset by the growth of new trees to replace those harvested for burning – although trees burnt may have taken 40-100 years to reach maturity.

This assumption, shared by the EU and UK Government makes it eligible for significant public subsidy.

But scientific opinion is changing, and wood burning is increasingly seen as making climate change worse. The European Academies Science Advisory Council states that using woody biomass for power “is not effective in mitigating climate change and may even increase the risk of dangerous climate change”.