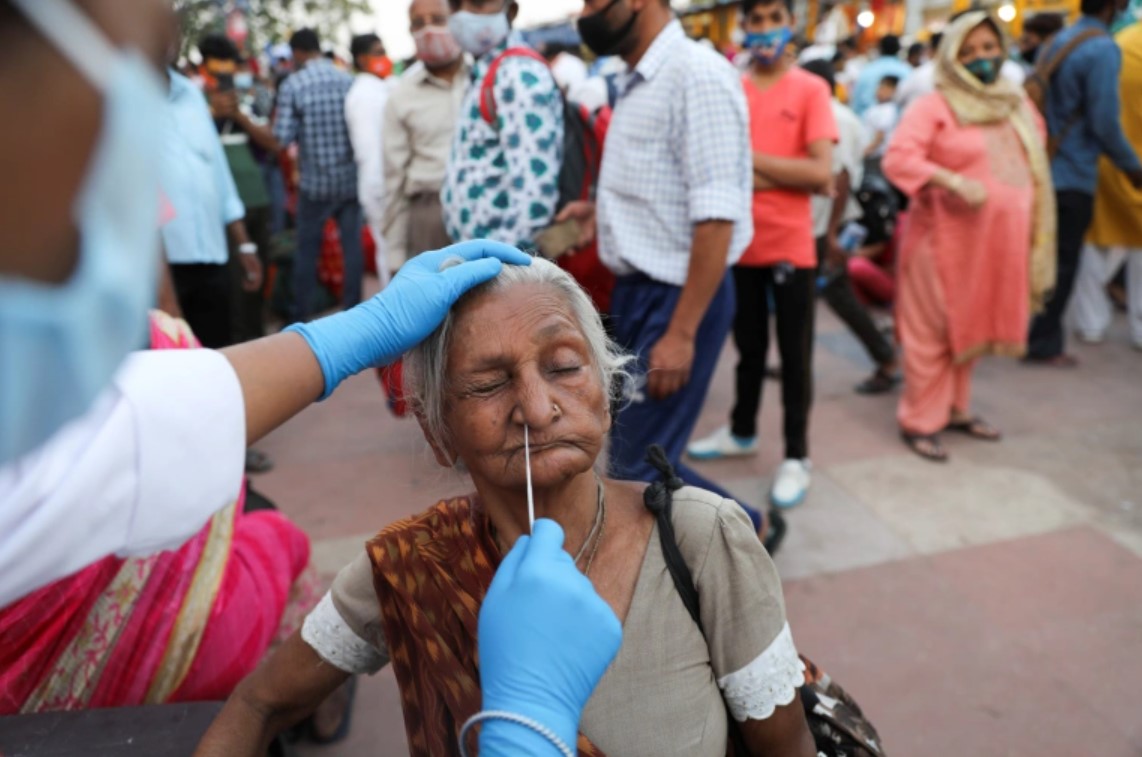 What happened to India’s summer and autumn waves? After suffering a large surge with the emergent Indian variant (i.e., Delta) in the spring, India has defied modellers’ predictions by remaining very quiet since.

In August, Rajib Dasgupta, Chair of the Centre of Social Medicine and Community Health at Jawaharlal Nehru University, wrote for the Conversation about the “likely” imminent new autumn surge.

With about 40,000 cases and 400 deaths each day as of mid August, a new uptick is likely in the cards. The Indian states experiencing most of these new cases are those with relatively lower sero-prevalence, ranging between 50% and 70%. The 400 million sero-negative pool – that is people who have not been infected or had the vaccine – continues to be a large vulnerable group.

Forecasting by modellers indicates a third wave beginning in August and peaking at 100,000 to 150,000 infections a day by October. An alternative projection expects the peak in cases going until November.

It’s October now and the reality, of course, is a low level of infections since June and no new surge throughout summer and autumn so far. Below is the graph showing the predictions from the modelling of Mathukumalli Vidyasagar and Manindra Agrawal of the Indian Institute of Technology that Rajib Dasgupta cites above. I have added in the line of actual ‘cases’, which shows that they have trended well below the ‘optimistic’ scenario since the moment the prediction was made.

The declining trend throughout the summer and autumn has been reflected in all of India’s states bar two: Kerala and Mizoram. (In the graph below, each line represents a state; Mizoram is the top one.) Kerala, which had the lowest seroprevalence following the Delta surge (44.4% in July, despite high vaccination rates, indicating lower infection levels), has had an extended period of higher reported infection rates over the summer, though is coming down now. Mizoram, a small state in north-eastern India bordering Burma, still has an anomalously high reported infection rate, the reasons for which are unclear.

The lack of a new surge either in summer or autumn when most of the rest of the world, including neighbouring Bangladesh, experienced one associated with the Delta variant is further evidence of the key role that variants play in driving surges. It is also evidence of the role of herd immunity in ending outbreaks, where herd immunity is to some degree variant-specific and partly disrupted by the arrival of a new variant.

While antibody levels were running high in India in July following the Delta outbreak, it’s not clear what the contribution to these was from infection and what from vaccination. It’s also unclear how sensitive the antibody tests were, making comparisons with other countries unreliable. One thing we do know is that when new daily reported infections peaked on May 8th, less than 2.5% of the population was reported to be double-vaccinated, and the number increased only slowly during the summer. This suggests that vaccination played little role in ending the outbreak. Vaccination has also not prevented new surges from appearing elsewhere in the world.

The lack of a successful new variant yet emerging anywhere to take over from Delta is one of the key features of the pandemic at the present moment. It makes predicting the course of events in the coming winter difficult. There will of course be a seasonal wave of a respiratory virus, as there is every year, and as in most years it will presumably spike in December and decline in January (the reasons for this consistent pattern are not fully understood – January is a colder month than December, after all – though it likely has something to do with herd immunity).

Some experts I have spoken to think it will be a mild winter, at least Covid-wise, as the combination of herd immunity, vaccines and the absence of a new variant limit the scope of the virus to do very much, even in the depths of winter. Others foresee a tough winter ahead as seasonal factors lower immunity and raise the herd immunity threshold, allowing Delta (or another variant) to surge again. (A number of these experts aren’t very convinced about how well the vaccines work, including against serious disease and death.)

Me? I’m more in the mild camp, owing to herd immunity (provided a new variant doesn’t show up to disrupt it), mainly from infection, though vaccines should give some protection against serious disease and death (how long for, and how they will cope with the winter, are uncertainties, however). I even wonder whether we might be surprised and see a different virus jump in there now that SARS-CoV-2 is coming up against more resistance and running out of tricks. But hedging my bets, I’ve said I think Covid positivity won’t go above 8%, which is 60% of last year’s winter peak (13.3% on January 4th). A less sanguine scientist friend has put his bet on anything above 8%, so it’s on. What are your predictions for the coming winter? Add them in the comments below.