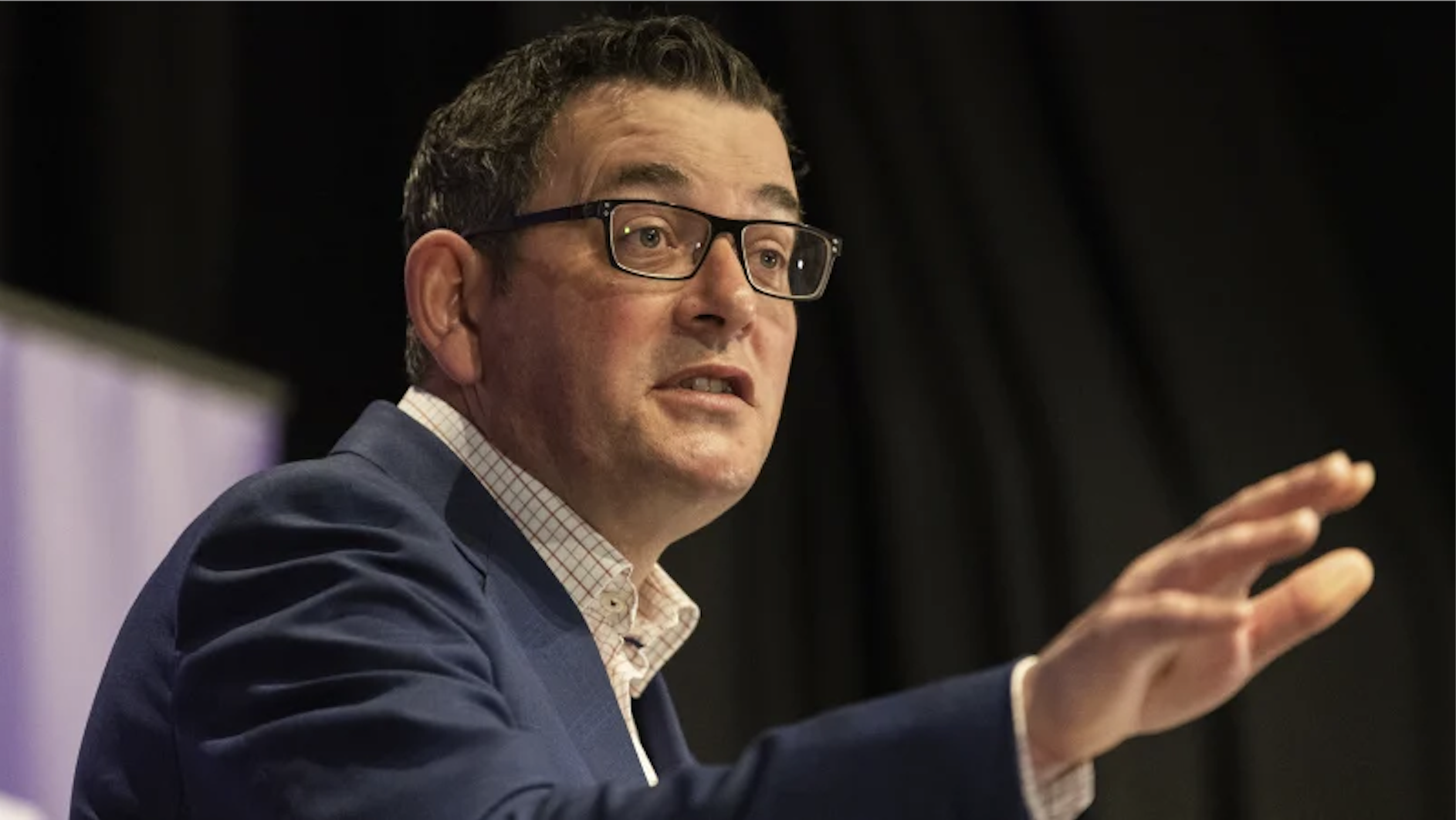 In Australia, the state of Victoria, with more than six million people, has been put into lockdown because of 18 cases. Yes, you read that correctly. There are now 12 million Australians confined to their homes due to fewer infections than you’d find in the average British pub.

We’re publishing a guest post today by Steve Waterson, the Commercial Editor of the Australian. This piece originally appeared in the Weekend Australian, but Steve has given us permission to republish it.

So away we go again, hunting to ground the absolute beast, the out-of-control killer virus that runs rampant at light speed, vaulting from customer to customer in a fleeting cafe encounter.

Contact tracers scramble tirelessly to chase down the asymptomatic covidiots, while their masters, responding to the hour-by-hour health advice, are forced against their will to impose a snap lockdown, perhaps a circuit-breaker, to flatten the curve towards zero transmission, but for no longer than necessary.

Regrettably, they may have to slam their state borders shut (only as a last resort) so medical facilities will not be overwhelmed, to save lives and keep people out of harm’s way in this unprecedented, existential war. After all, they’re simply following the science, and they make no apology for that.

Hasn’t it been illuminating, these past 18 months, watching the verbal gymnastics of our politicians and their supporting cast of advisers and enablers, as they contort language and meaning to support their twisted edifice of hysterical illogic? The banal retreat into cliche, exaggeration, oxymoron and jargon, all wind and no substance, largely unchallenged, it’s sad to say, by a media pack trying to outdo each other with doom-laden headlines.

No matter how much you might resent it, you have to admit the scaremongering has been absolutely first-class, judging by the results. Many of us have been reduced to whimpering sadomasochists, grateful for the beatings administered to our livelihoods, our relationships, our hopes and dreams, our self-reliance and self-respect, and quick to spank those with a different outlook on life.

We’re in a Fifty Shades of Grey scenario, or perhaps a Tarantino film: state premiers have us handcuffed to a chair and are repeatedly punching us in the face with one hand, then applying a soothing balm with the other, saying, “Look what you’ve made us do!”

Half the population are now imprisoned in their homes, not because of the tiny number of Covid cases, but because of the brutal overreach by the moronic authorities who can conceive of no other way of dealing with them.

Many observers, since this insanity began, have mounted a simple argument: identify those at risk, offer them protection, and let the rest of the country go about their business like adults. They will take what precautions they consider necessary, safeguarding or neglecting their health as is their habit and right. Some of them drink alcohol; many eat too much; others smoke; a few rash souls do all three at the same sitting. They will have the opportunity to receive a coronavirus vaccine soon enough, and some will refuse it. That shouldn’t bother the vaccinated.

But many Australians have succumbed to the terror rhetoric, and genuinely believe they are at extreme risk of death should they contract a disease that has a better than 99% survival rate. Look at India and Indonesia, they wail, there are sick people on stretchers outside their hospitals! It could happen here, they warn, without acknowledging that we have eight times as many hospital beds per capita as the subcontinent, four times as many as Indonesia, and immeasurably more sophisticated healthcare resources.

A previously unnoticed coterie of experts, relishing their moment in the limelight to ramp up the fear, project the figments of their imagination, confidently predicting what will or would have happened in their flawless reading of the future or an alternative present; and always, always focusing exclusively on case numbers and epidemiological data, as if those are the only things that matter.

For them, perhaps; but some of us live in the real world, where life comes with no guarantees. There are elderly people reading this who will not wake up tomorrow. Today is their last day on Earth, and it has been wasted by a government that forbade this weekend’s visit from the grandchildren. There are fading cancer victims who will now die alone, whose governments have denied them that last chance to hold a loved one’s hand, although they’d whisk them enthusiastically into the grave under an assisted dying law.

It’s increasingly difficult to see any humanity in our leaders’ actions and overreactions. They are like medieval theologians debating how many angels would fit on the head of a pin, losing sight of anything else. Critics say a lockdown is using a sledgehammer to crack a nut, but at least you want the nut cracked. What we’re doing is using a sledgehammer to do the washing-up.

Meanwhile, the real, ignored pain accumulates: surgery is stopped or delayed, rendering treatable conditions terminal; schooling is suspended, fostering another gullible generation of scientific illiterates and innumerates; mental health deteriorates, shattering families; and the dismantling of the backbone of our economy gathers pace.

Many of us have friends whose small businesses are going under, whose staff will soon find themselves unemployed, whose savings, built up prudently over decades, have all but disappeared. Some of them will lose their homes just as they should be enjoying the rewards of a life of diligent work.

It’s almost embarrassing to have a job that is relatively secure, though it means I’m on the hook for part of the official benevolence that has thrown in excess of $300 billion at this self-inflicted wound. My share of the debt is in the tens of thousands already. Call me picky, but I don’t feel I’ve got value for money.

Our unaccountable premiers whirl about like headless chooks (although they still manage to run rings around the Prime Minister; how’s that national cabinet working out?), while claiming to follow the ubiquitous health advice no one else is allowed to see, just as the various Treasury cost-benefit analyses remain top-secret.

Governments pay millions of our dollars to generate this information; the suspicion remains that if there were any evidence that their virus-containment strategy is sensible and proportionate, they would be ramming the data down our throats. Maybe it’s too complex for the man in the street to understand, although if Dan Andrews can get his head around it I think one or two of us might give it a go.

Instead we are drip-fed pseudo-scientific gobbledegook, with fancy 3.5 degrees of lockdown and Greek letters for the variants, ooh, just like on Stephen Hawking’s blackboard. The “rocketing spikes” of infections are announced each day and added to the running total (it appears nobody recovers, not that we’re permitted to know whether they’re sick in the first place). Hundreds of thousands queue for hours to be tested, costing millions of dollars a day, when none of them have the virus. There’s the real measure of the success of the scare campaign.

So well done, pollies and bureaucrats, enjoy your lavish salaries and lick your lips at the pensions that await you. You are sinister monkeys dancing on the barrel organs played by medical nonentities, blithely stripping us of our freedoms as we stumble towards tyranny. But thanks for keeping us safe.

Now we have confirmed this pandemic is an existential war, let’s recall our response to an earlier deadly threat. Eighty years ago, as young Australians steeled themselves to fight and die in WWII, and Londoners endured months of bombing during the Blitz that claimed almost 50,000 Cockney lives, their governments understood their role was to encourage stoicism, resilience and defiance in the civilian population. Official histories record that far from sinking into panic and despair, Britain’s overall mental health improved, with citizens treating air raids as casually as inclement weather, referring to bad days as being “very blitzy”.

Contrast that with our modern leaders’ efforts, which they proudly declare are designed to terrify us simpletons. No “soldier on” or “keep calm”; instead we had Queensland’s next governor last year admitting school closures were unnecessary, but would communicate the gravity of the crisis: “It’s more than just the science and health,” she said, “it’s about the messaging.” Last month the NSW Premier, face contorted in agony, told us we were in the “scariest period” of the pandemic so far. Lord knows how frightened she and her advisers must be by now.

If you’re going to infantilise the population, then at least have the fortitude to behave like parents, who traditionally reassure their children in the night that there are no monsters under the bed, rather than scream that there are also monsters in the bedroom cupboards.

Imagine if Winston Churchill had followed this modern script, his sonorous baritone crackling over the wireless to address the Commonwealth, as the scourge of Nazi Germany ravaged continental Europe: “Oh my God, everyone, have you seen how many tanks and aeroplanes Adolf Hitler has got? And all those great big stormtroopers! It’s as scary as anything. I’ve changed my mind about fighting them on the beaches; let’s keep really, really quiet and fingers crossed they’ll leave us alone.”

Hide from the virus. Hide from the world, even as it opens up. This is what our leaders have condemned us to, seemingly in perpetuity. Our situation is beyond parody, and beyond pathetic.