Much has been written on the damage of playground closures on young children during lockdowns. To add insult to injury, a Victoria health official has admitted that playgrounds in the state weren’t closed because children were spreading Covid – for which there was (and still is) no evidence – but to stop parents from being able to meet. The Mail Australia has the story.

Victorian children who have spent months living in fear of becoming infected at their local playground have finally been told there was no real evidence they were going to catch Covid playing on the swings.

In a stunning admission sure to enrage Melbourne families, Victoria’s Chief Health Officer Professor Brett Sutton admitted  on Wednesday the parks were banned for the last month to get at parents.

It is not the first time Professor Sutton has taped-up Victorian playgrounds because of their supposed threat to children.

Last year he closed them for months during Victoria’s second deadly wave, which killed more than 800 after leaking out of his own bungled hotel quarantine scheme.

On Wednesday, the Professor told long suffering Melbourne parents the actual reason he closed playgrounds in the first place was because of them.

“My advice on playgrounds originally was because we saw that people were using it as a loophole to have de facto meetings across households, neighbourhoods, families,” he said.

“In allowing playgrounds to open again, absolutely with the wellbeing and considerations of kids in mind, but we’re going to have QR codes as a mandated requirement.”

Melbourne parents had pleaded with Premier Daniel Andrews to introduce such a scheme back on August 16th, when he announced for the second time the only avenue of enjoyment many kids had would be banned.

Their calls had fallen on deaf ears at the time as Professor Sutton claimed he was acting on evidence that playgrounds were a serious transmission risk to children who played at them.

“We are investigating a potential transmission in a playground,” he claimed.

“It is not definitive and maybe we will not be able to make it definitive but it looks like there has been transmission in a playground.”

He backed-up the cruel plan with news the Delta variant of Covid had been spread between children walking home from school.

The next day, playgrounds across Melbourne were taped off under threat of serious fines if children attempted to use them. …

On Wednesday, Professor Sutton said he would allow just one parent or guardian to attend playgrounds with their kids.

He warned those parents not to even contemplate removing their masks while there.

“You will not be removing your mask to eat or drink because that’s when transmission occurs, It’s been said across Australia this virus moves with people. If we don’t have those human interactions, we can’t infect others'”

When pressed again for any scrap of evidence to support transmission of the virus at playgrounds, Professor Sutton could provide none.

“We have suspicions about transmission maybe occuring at playgrounds, but you don’t have to jump to specific instances to know how transmissions have occured [sic] indoors and outdoors between adults, between kids round the world,” he said. 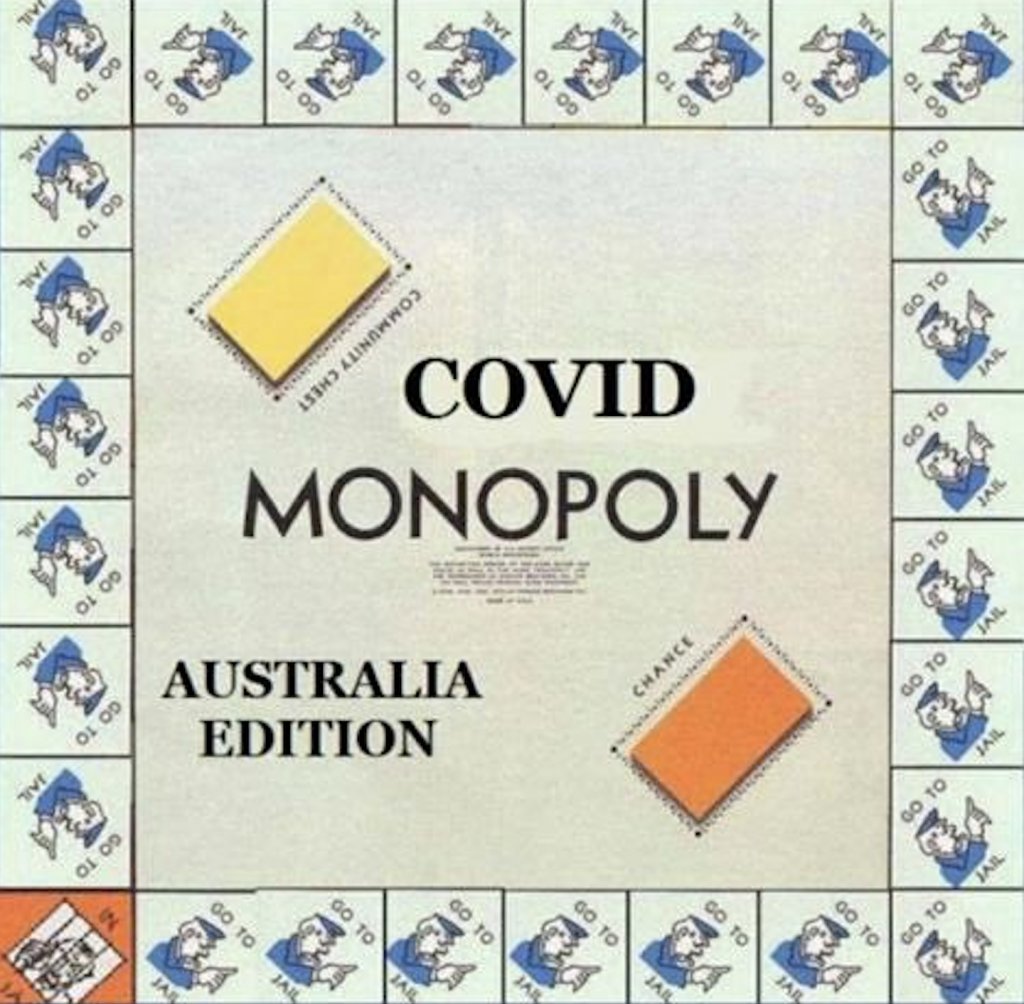 We’re publishing another of Steve Waterson’s peerless rants today. Waterson is the Commercial Editor of the Australian and one of the country’s finest columnists. This one’s a humdinger.

It’s tedious for the youngsters, I know, but we of more advanced years love to reminisce about the olden days, when nobody was permitted to shirk from home and we had to try a little harder to get ahead. You’d put in the hours and a dab of sycophancy to climb the corporate ladder; even career criminals had to work their way up from petty crime to probation to a spell in prison.

We have it much easier these days: just ask Trong Duc Nguyen, the 31 year-old Cabramatta man who has gone straight to jail for two months after committing the hitherto unknown crime of travelling by train and bus from Sydney to Tenterfield. Small mercies, though; at least he didn’t travel the other way then write a mawkish song about it in New York.

Trong’s punishment this week for breaching a public health order was entirely reasonable, according to police, who said “it indicates the level of seriousness of the matter”. Lucky for Trong he didn’t have the virus. I may be mistaken, but I think that might carry the death penalty up Armidale way.

Enjoy this taste of what awaits us as the police state tightens its grip on our liberties. To drive home the seriousness of “doing the wrong thing”, the NSW Police Commissioner decided on-the-spot fines for health disobedience needed to be bumped up to $5,000.

My sense is that $1,000 was already enough to put people off going without their masks, but I suppose if you’re on $649,500 a year it does seem like a trifling sum. Doing the wrong thing isn’t a problem for his officers, however. “We have to shape the behaviour of people,” he told them in a recent video. “If you write a ticket and get it wrong,” he added, “I won’t hold you to account for that.”

Where’s Cromwell When You Need Him? Australia’s Leaders Need to be Told: “In the Name of God, Go!”Read More 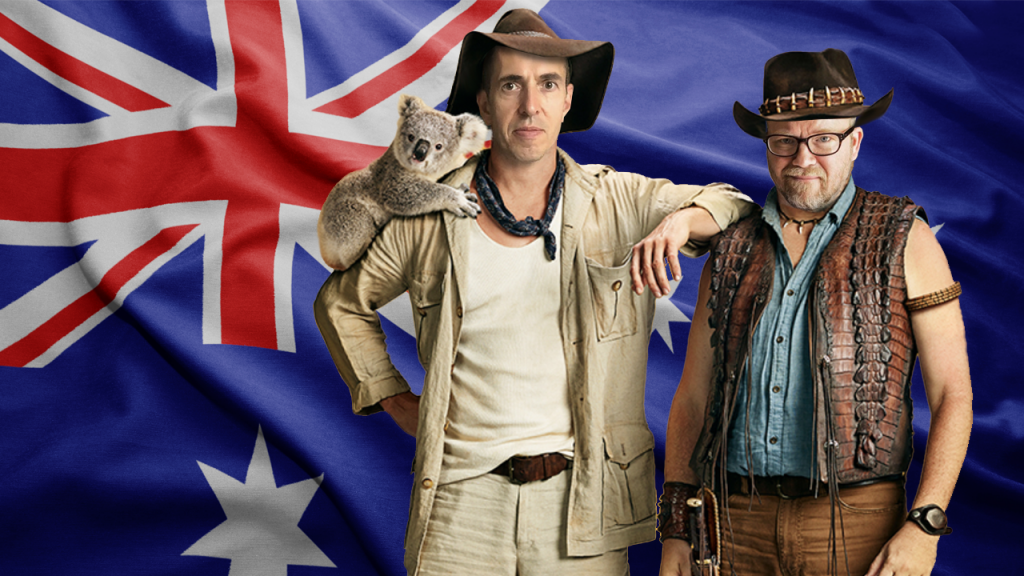 In this week’s episode of London Calling, James Delingpole and I ask how Dan Andrew’s became such a bug-eyed authoritarian zealot, whether Afghanistan is America’s worst foreign policy disaster since 1975 and why the Orwell Foundation didn’t stand up for author Kate Clanchy when she was targeted for cancellation last week, in spite of awarding her the Orwell Prize for political writing in 2020.

You can listen to the podcast here and subscribe to it in iTunes here. 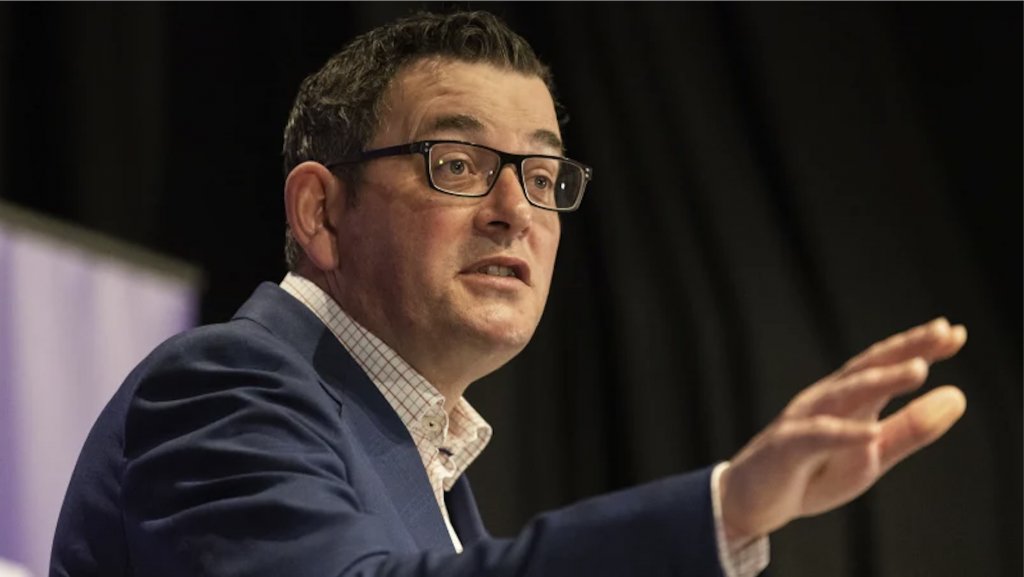 In Australia, the state of Victoria, with more than six million people, has been put into lockdown because of 18 cases. Yes, you read that correctly. There are now 12 million Australians confined to their homes due to fewer infections than you’d find in the average British pub.

We’re publishing a guest post today by Steve Waterson, the Commercial Editor of the Australian. This piece originally appeared in the Weekend Australian, but Steve has given us permission to republish it.

So away we go again, hunting to ground the absolute beast, the out-of-control killer virus that runs rampant at light speed, vaulting from customer to customer in a fleeting cafe encounter.

Contact tracers scramble tirelessly to chase down the asymptomatic covidiots, while their masters, responding to the hour-by-hour health advice, are forced against their will to impose a snap lockdown, perhaps a circuit-breaker, to flatten the curve towards zero transmission, but for no longer than necessary.

Regrettably, they may have to slam their state borders shut (only as a last resort) so medical facilities will not be overwhelmed, to save lives and keep people out of harm’s way in this unprecedented, existential war. After all, they’re simply following the science, and they make no apology for that.

Hasn’t it been illuminating, these past 18 months, watching the verbal gymnastics of our politicians and their supporting cast of advisers and enablers, as they contort language and meaning to support their twisted edifice of hysterical illogic? The banal retreat into cliche, exaggeration, oxymoron and jargon, all wind and no substance, largely unchallenged, it’s sad to say, by a media pack trying to outdo each other with doom-laden headlines.