The Outbreak Point: Are Covid Outbreaks Triggered When the Viral Load in the Air Hits a Certain Threshold? 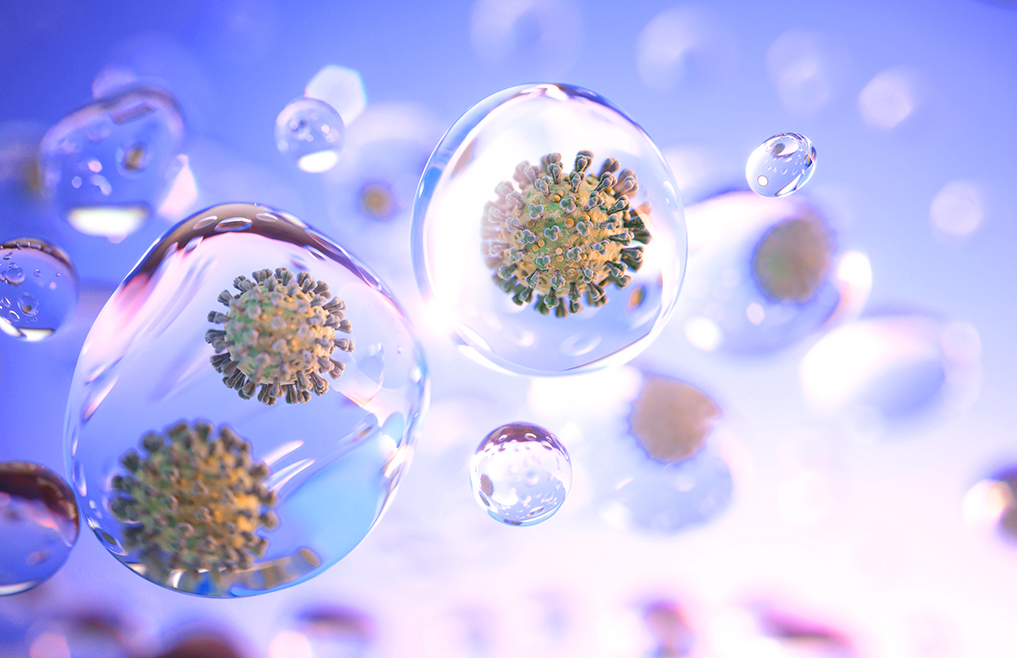 In recent posts I’ve been exploring the question of why COVID-19 (much like other seasonal viruses) has a Jekyll and Hyde-like nature, being puny for much of the year then exploding in short, sharp outbreaks for a few weeks at a time, usually though not exclusively in the winter. I argued in a post last week that seasonality appears to be driven largely by cycles in the human immune system (though there may be environmental factors such as UV radiation, temperature and humidity as well). The trigger for the somewhat irregular (and not necessarily winter) outbreaks appears to be the appearance of a new variant (or virus) that is able to infect slightly more people, amounting to just one in 18 additional people when estimated from the secondary attack rate. The end of the outbreaks then corresponds to the exhaustion of the small pool of newly susceptible people and the restoration of the temporarily disturbed herd immunity.

I noted that the difference between a surge and a decline amounted only to a small absolute change in the R growth rate, from 1.3 during a surge to 0.8 during a decline, and that the shift between these rates often occurs very abruptly. This means that infected people quite suddenly start infecting 1.3 other people before, around three and a half weeks later, just as suddenly switching back to infecting just 0.8 people. This change in R is reflected in a similar change in the secondary attack rate (the proportion of contacts an infected person infects), which varies between around 15% during surges to around 10% outside of them. I observed that this difference is small enough to be explained by a slightly increased susceptibility to a new variant and a subsequent restoration of herd immunity a short time later.

After writing this it occurred to me that with such a subtle trigger it would seem that outbreaks should be highly sensitive to the amount of social contact people have with one another, and thus to the imposing and lifting of restrictions (or to voluntary social distancing). Indeed, it is logic like this which presumably explains why SAGE members and other scientists persist in believing in the efficacy of lockdowns regardless of how much data emerges showing they don’t make any significant impact on the infection or death rate.

A recent set of SAGE minutes explains the logic of restrictions:

There are three main ways in which baseline measures can reduce transmission (from most to least effective):

This seems to make sense. After all, if you can just reduce how many people infectious people come into contact with then you can surely cut the number of people they infect from 1.3 to 0.8 – it’s only half a person.

Yet it doesn’t work, and all the logical arguments in the world can’t change the data and the fact that infection curves rise and fall independently of how many restrictions a government imposes and how much distancing people engage in. Likewise, there is no sign of the predicted surges when restrictions are lifted or social distancing relaxed (the reopened U.S. states are the standout examples here).

How can we make sense of this? The answer must lie somewhere in the mode of transmission of the virus (and we can be confident that surges are caused by transmission of the virus between people because they are typically driven by new variants). What kind of transmission could explain surges being triggered by small absolute changes in the R growth rate (or secondary attack rate) yet not being sensitive to relatively large changes in the amount of social contact people have with one another, as happens during lockdowns and outbreak panics?

The answer, I think, lies in the importance of aerosol transmission to SARS-CoV-2 – meaning that the primary means of infection is through relatively prolonged exposure to air contaminated with a sufficiently high viral load from the aerosols produced by infectious people.

How does this explain the sudden triggering of outbreaks and the counterintuitive lack of sensitivity to social contact?

It’s because large outbreaks occur when the air, particularly in indoor communal spaces like shops, workplaces, public transport, doctor’s surgeries, hospitals, schools, pubs, restaurants etc., becomes sufficiently contaminated with infectious aerosols that everyone who enters those spaces and spends more than a trivial amount of time in them is exposed to an infective dose of the virus.

When this point is reached, transmission shifts up a gear, as anyone who is unusually susceptible to infection by this variant (still a small minority of people, I should add) will now be exposed to an infective dose whenever he or she enters one of these spaces. As I explained in a post last week, the risk of infection for such a person is high on any exposure and quickly approaches certainty with repeated exposure and thus does not reduce much by reducing frequency of exposure. This would explain why reducing social contact does not significantly reduce the infection rate, as exposure in communal spaces, which are almost impossible to steer clear of completely, becomes near-ubiquitous and so unavoidable.

The trigger of the outbreak, then, is when the viral load in most indoor communal spaces reaches a certain threshold (which will be lower in the winter) at which a critical mass of people is susceptible to infection. This occurs when enough people are infectious with the variant at once to cause this general contamination of the indoor air. You might call this the outbreak point.

In sum, aerosol transmission and susceptibility thresholds together can neatly explain why outbreaks suddenly explode when particular levels of community infection with a new variant are reached (and suddenly stop when herd immunity is shortly restored). It can also explain why lockdowns don’t do anything to help, and why naïve models that assume universal susceptibility and simple person-to-person transmission always get it wrong.