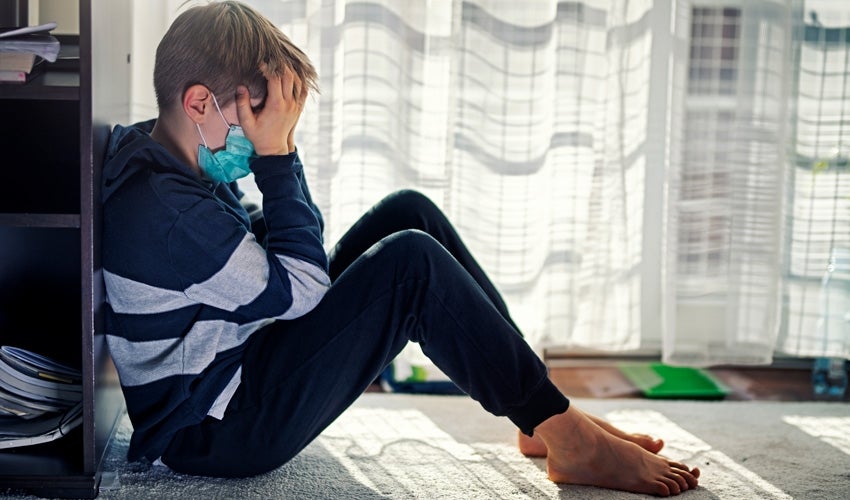 Lockdown has been a major factor in the increase in attempted suicides among Australians aged 5-25 over the past six months, according to the country’s free helpline for young people. Figures reveal that the area with the longest lockdowns over the last year saw the greatest increase in suicide interventions. The Mail Australia has the story.

Figures released by Kids Helpline has shown there were 862 attempted suicides recorded in people aged 5-25 and that the number of interventions to help vulnerable youngsters had doubled in the space of one year.

The Kids Helpline said heightened levels of despair and depression through the Covid lockdowns was a major contributory factor in the increase.

A duty of care intervention – in which Kids Helpline make contact with police, child safety or ambulance services because a child or young person is at imminent risk – almost doubled in the same period.

Such interventions were 99% higher nationally in the period from December 2020 to the end of May this year compared to the same period a year ago.

“We feared an increase in child vulnerability as a result of the pandemic and ensuing lockdowns, however the current spike in emergency interventions on behalf of children and young people across Australia is very disturbing,” said YourTown CEO Tracy Adams…

Victoria, which had the longest lockdowns and most deaths from Covid during 2020, saw the greatest increase in suicide interventions, jumping 189% to 294 incidences