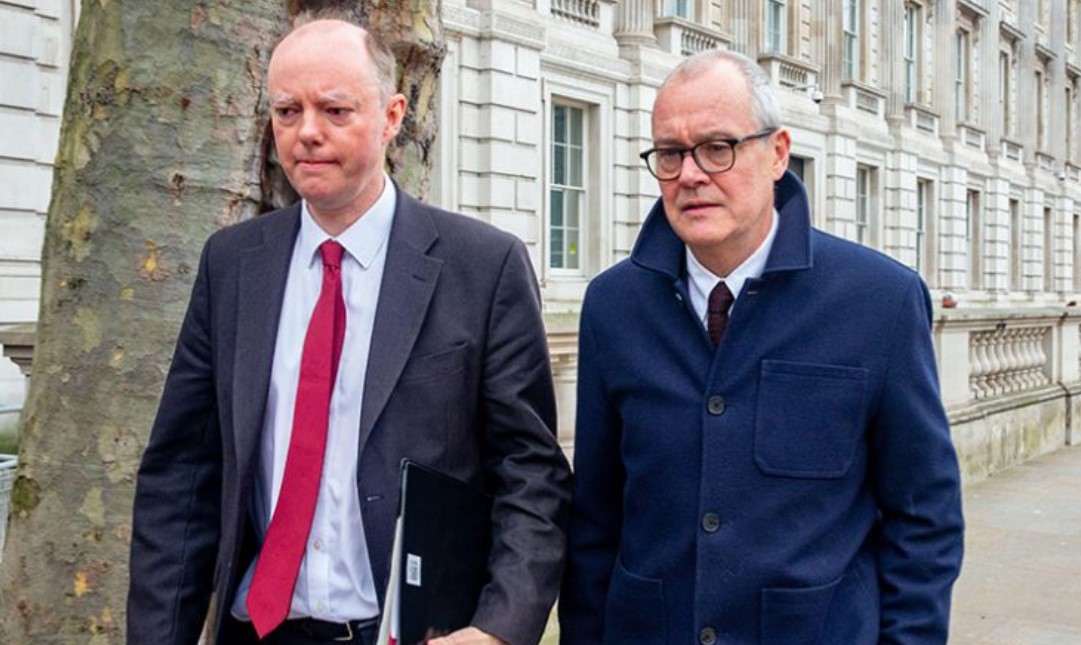 Trevelyan said that Vallance was explaining that herd immunity was “something that would be likely to happen” and that he had suggested it was “one of the potential tools in the armoury”, but insisted it was not the policy goal.

At the time officials believed that the spread of coronavirus could not be stopped and that suppressing it through lockdown would mean a resurgence in the winter. Instead the plan was to use social distancing to prevent so many people becoming ill at the same time that the NHS would be overwhelmed.

Cummings tweeted yesterday: “‘Herd immunity’ was officially seen as UNAVOIDABLE week of 9/3. It wd come either a) in a single peak over by Sep, or b) in a 2nd peak in winter. (a) was seen as easier to manage & less of a catastrophe”.

Trevelyan’s comments suggest the Government is attempting to draw a distinction between an attempt to make use of an inevitable outcome, and a desire for millions of people to catch the disease so that the pandemic would be over.

This may seem like a semantic distinction, but if we revisit the Government action plan for COVID-19, published on March 3rd 2020, and the “UK Influenza Pandemic Preparedness Strategy 2011” it was based on, we see that, regardless of what ministers and advisers were saying to journalists or behind the scenes, neither the action plan nor the preparedness strategy mentions “herd immunity” as a goal or strategy. Herd immunity is not referred to at all in the action plan, and it only comes up once in the preparedness strategy, in the context of explaining that if pre-emptive vaccination (for influenza) to achieve herd immunity isn’t possible, the only alternative is to “reduce the impact of the pandemic”.

Accordingly, when Chris Whitty explained the emerging strategy on February 13th 2020 he did not mention herd immunity: “At this point in time… we have a strategy that relies on four tactical aims. The first is to contain, the second is to delay, the third is to do the science and the research, and the fourth is to mitigate so that we can actually brace the NHS.”

Whitty at the same time rebuffed Neil Ferguson’s Covid alarmism that had first been aired that week:

On the Today programme on Wednesday, Prof Neil Ferguson, an infectious disease expert from Imperial College London, said he thought new cases of the virus could still arise and the world was in the “early phases of a global pandemic”. He estimated about 60% of the UK population in such a situation could be affected, which if the mortality rate was 1% could result in hundreds of thousands of deaths. But Whitty said it was unhelpful to speculate on numbers without strong evidence. He said the fourth strand of the UK coronavirus plan was mitigation, and ensuring the NHS was able to cope.

You might say this is dancing on the head of a pin, as whether or not the Government included the phrase “herd immunity” in its action plan, it was talking about it in the media and behind the scenes. And as a matter of fact a mitigation strategy only means mitigating the impact of the disease on the way to herd immunity, which is what brings a pandemic to an end.

In fact, though, the distinction between what the disease is doing (infecting people) and our response (mitigating its impact) is a key one that has been largely missing in action over the past 15 months. The point is that when you vaccinate people you are aiming for herd immunity because you are making a pharmaceutical intervention to try to prevent disease by inducing immunity. On the other hand, when you mitigate the impact of an epidemic and end up at herd immunity by default you are not aiming for it because you are not deliberately infecting people to make them immune, it’s just what happens because there is no practical way to prevent it that doesn’t end up doing more harm than good. It’s not Government policy to infect people and give them immunity, that’s what the disease and our immune systems are doing of their own accord. Government policy is to mitigate the harm that occurs as that unavoidable course of events unfolds.

Cummings’s claim that without Government intervention hundreds of thousands of avoidable deaths would have resulted is refuted by U.S. states such as South Dakota and Florida which did not impose restrictions while the virus ran through the population and did not experience a worse course than states which imposed strict lockdowns. Sweden also shows that a strict lockdown is not necessary to prevent health service meltdown or the equivalent of hundreds of thousands of deaths.

Perhaps, then, we should be mildly encouraged that the Government is seeking to resurrect this distinction between what the disease is doing and how the authorities are responding, if only to save face. Understood correctly, it underpins the difference between a public health tyranny, in which the Government sees it as its responsibility to try to prevent all evils (and in the process does more harm than good), and a free society where risks are baked in and the Government recognises the limits on what it can and should attempt to control.