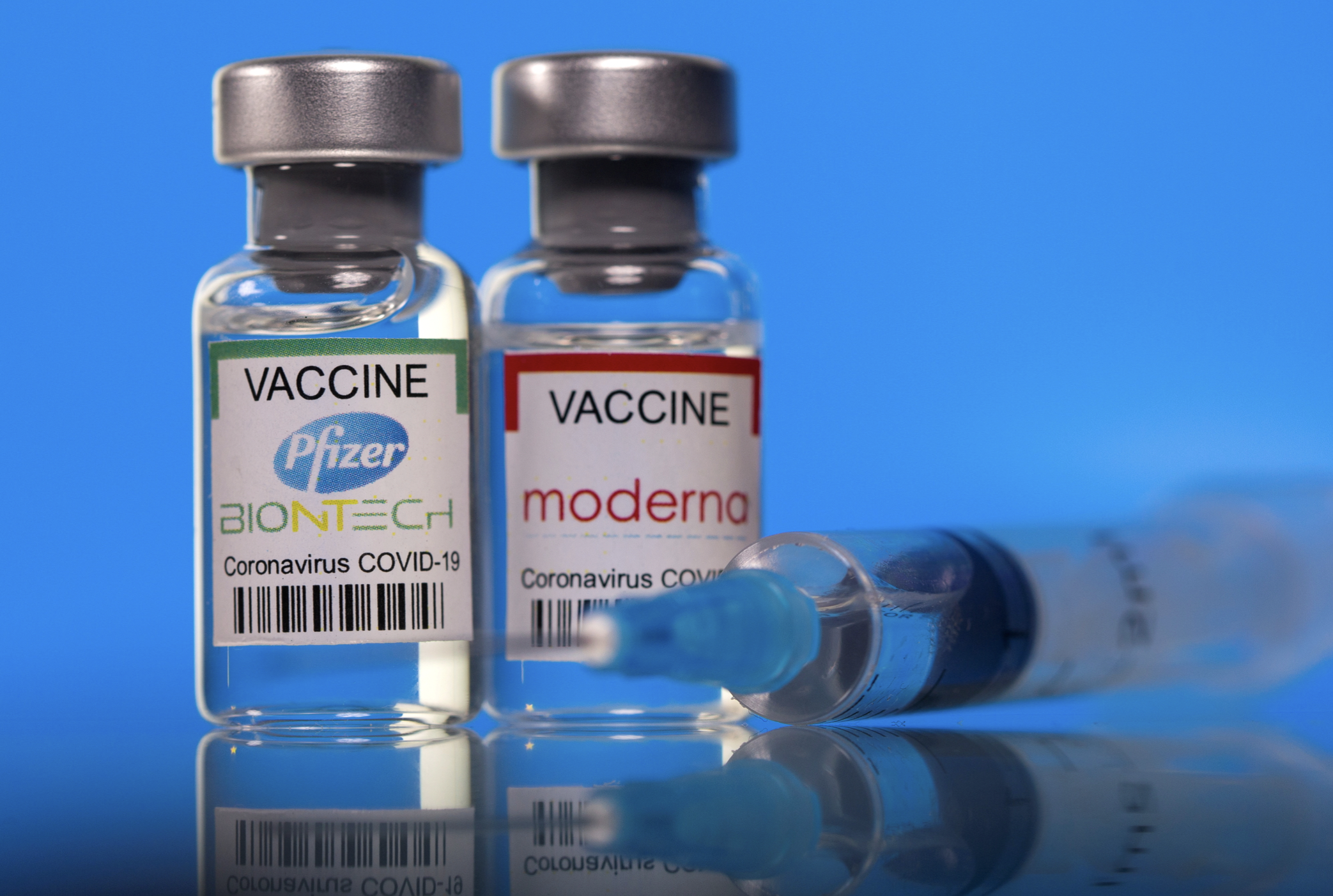 The Covid vaccine rollout is set to extend to those below the age of 40 from Thursday, with the Pfizer and Moderna vaccines being offered as alternatives to that made by AstraZeneca “where possible”. MailOnline has the story.

An NHS bulletin showed adults aged 38 and 39 will be invited to come forward for their jab from Thursday morning.

They will be offered either the Pfizer or Moderna vaccine on the back of guidance from medical regulators last week.

The Joint Committee on Vaccination and Immunisation (JCVI) said under-40s should be given an alternative to the AstraZeneca jab due to its link to rare blood clots.

The vaccine rollout is currently in phase two – which includes people between 20 to 49 – and is moving down by age.

The Government says it is on track to fully vaccinate every adult in Britain by the end of July.

Everyone in phase one of the scheme, which included elderly people and patients with underlying health conditions, has already been offered a vaccine.

Uptake is thought to be around 90% in the over-60s U.K.-wide, while coverage in the over-50s is above 50% and still climbing. Over-50s only started to be invited last month…

The JCVI – which advises the Government on how best to vaccinate the population – said younger people should be offered an alternative to the AZ jab because of its link to blood clots.

So far regulators have spotted major blood clots in 242 people given the AZ vaccine, of whom 49 died. But they are occurring more in younger adults, with a rate of around one in 60,000 under-40s.

Experts said the infection rate in the U.K. is now so low that the risk of the rare clots outweighs that of Covid in younger adults, who often only suffer mild illness.

They will be offered the Pfizer or Moderna vaccines instead, so long as there is enough supply and it won’t delay the rollout.

Given that the risk of blood clots after taking the AstraZeneca vaccine outweighs the risk of Covid in younger adults, it is strange that the JCVI has only advised for alternatives to be given “where possible and only where no substantial delay would arise“. Why not just restrict its use for those below the age of 40 altogether?