Thousands of People “Unite for Freedom” in London 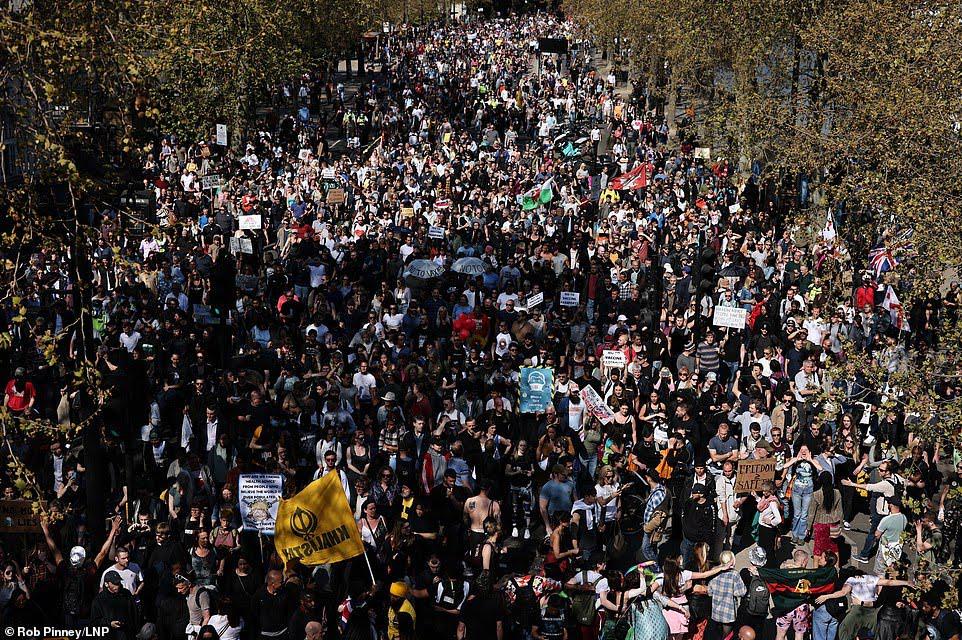 Thousands of people gathered in London today in opposition to lockdown and to the idea of vaccine passports. Banners held by those in the “Unite for Freedom” protest read “no new normal”, “no health passport” and much more. Footage from the march gives an idea of the sheer number of people who attended.

The Mail has more.

TV presenter Beverly Turner has joined thousands of activists marching through central London in a “Unite for Freedom” protest to demand a ban on vaccine passports.

Demonstrators, also including London Mayor candidates Piers Corbyn and Laurence Fox, made their way through the capital earlier today as they waved banners and placards daubed with a range of slogans including “no new normal” and “no health passport”.

The crowds did not appear to be adhering to social distancing guidelines and were not wearing face masks.

The protest comes amid discussions over “Covid-status certificates” being considered by ministers… despite concerns from Boris Johnson’s own MPs that they will be “intrusive, costly and unnecessary”.

Earlier this month, Britain’s equalities watchdog warned the Government that vaccine passports could be unlawful, create a “two-tier society” and discriminate against migrants, ethnic minorities and the poor.

The Metropolitan Police took to Twitter earlier in the day with a series of posts that read: “We have a policing operation in central London today as a result of a number of demonstrations.

“Anyone coming into London for a protest must make sure their gathering is lawful, with a risk assessment carried out by the organiser…

“Officers are on site and are engaging with those taking part.”

Stop Press: Hector Drummond has questioned the lack of media coverage of the protest in London, accusing the BBC of “blatant politicisation”.

More Than Half of U.K. Population Has Received First Dose of Covid Vaccine

More People Died in U.S. States Which Locked Down Than Those Which Did Not – Here’s Why