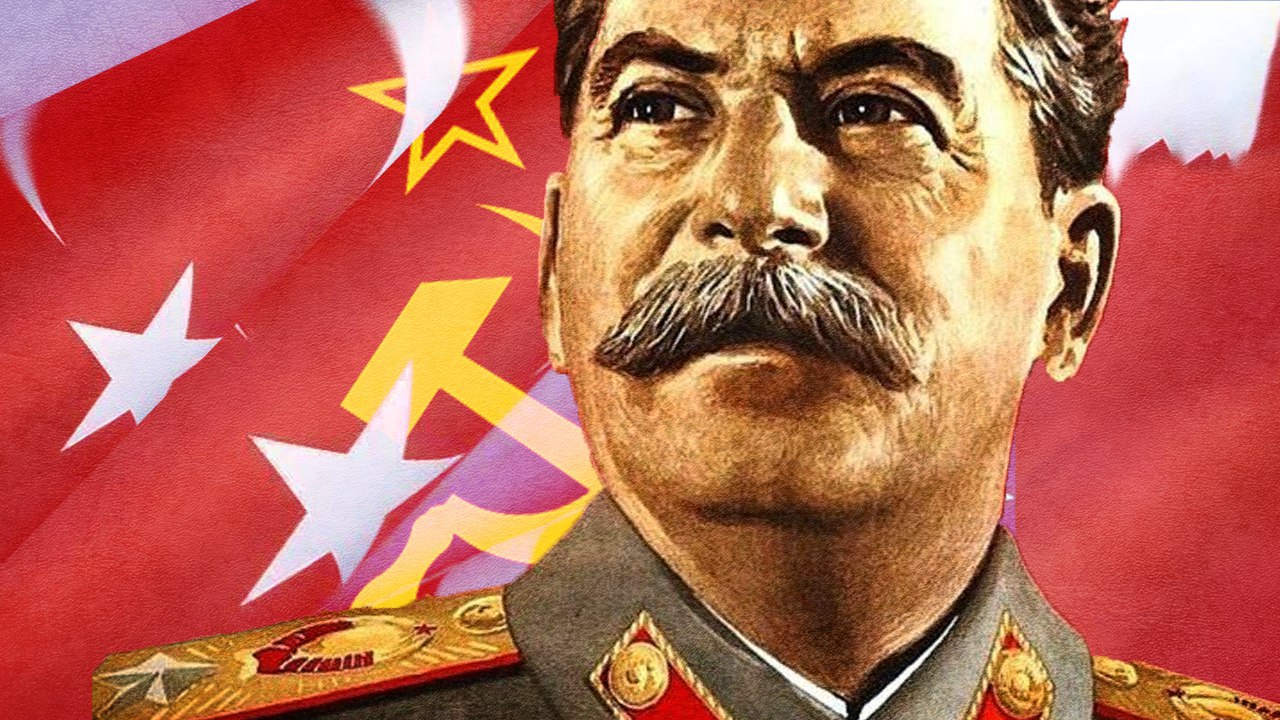 Lockdown sceptics are akin to mass-murdering Russian dictator Joseph Stalin in promoting “antiscience” and causing “mass death”, an article in Scientific American has claimed. The inflammatory piece by Peter J. Hotez, a Professor of Paediatrics and Molecular Virology at Baylor College of Medicine (he’s on Twitter if you want to contact him), lights into sceptics for dismissing the severity of the epidemic, attributing Covid deaths to other causes, claiming the epidemic would eventually end by itself, and downplaying the importance of masks.

“Antiscience has emerged as a dominant and highly lethal force, and one that threatens global security, as much as do terrorism and nuclear proliferation,” he writes. The world must therefore “mount a counteroffensive and build new infrastructure to combat antiscience, just as we have for these other more widely recognised and established threats”.

His thinly-veiled summons to a new global regime of anti-lockdown censorship continues:

Containing antiscience will require work and an interdisciplinary approach. For innovative and comprehensive solutions, we might look at interagency task forces in the U.S. Government or among the agencies of the United Nations… We must be prepared to implement a sophisticated infrastructure to counteract this, similar to what we have already done for more established global threats. Antiscience is now a large and formidable security issue.

Hotez defines antiscience as “the rejection of mainstream scientific views and methods or their replacement with unproven or deliberately misleading theories, often for nefarious and political gains”. He singles out the American Institute of Economic Research (AIER), the Great Barrington Declaration, Trump coronavirus adviser Scott Atlas and the Hoover Institution at Stanford University as purveyors of antiscience, accusing this movement (without evidence) of targeting prominent scientists and attempting to discredit them. Without pausing for a moment of self-reflection, he then launches into a gratuitous smear-by-association of his own, likening his targets to Stalin and his eccentric guru Trofin Lysenko:

The destructive potential of antiscience was fully realized in the U.S.S.R. under Joseph Stalin. Millions of Russian peasants died from starvation and famine during the 1930s and 1940s because Stalin embraced the pseudoscientific views of Trofim Lysenko that promoted catastrophic wheat and other harvest failures. Soviet scientists who did not share Lysenko’s “vernalisation” theories lost their positions or, like the plant geneticist, Nikolai Vavilov, starved to death in a gulag.

Now antiscience is causing mass deaths once again in this COVID-19 pandemic.

That’s right. Anyone who disagrees with “mainstream scientific views” on lockdowns (the ones that appeared just over a year ago and which flew in the face of the WHO’s advice about how to manage pandemics) is basically Stalin and responsible for mass deaths. This, apparently, is what passes for respectful and reasoned discourse in the pages of Scientific American.

Bizarrely, and with a strong political slant, he then claims that scepticism about lockdowns and the official narrative on Covid stem from a movement “that began modestly under a health freedom banner adopted by the Republican Tea Party in Texas” in 2015.

So it’s not because the radical new authoritarian approach to pandemic management contradicted all the science and official advice from before 2020. It’s not because people are free thinkers who can see for themselves that there was no great disaster in Sweden, South Dakota, Florida or Tanzania. It’s because of the insidious influence of a grassroots conservative movement begun in Texas five years earlier. That’s very flattering to the health freedom movement and the Tea Party, I’m sure, but also completely inadequate as an explanation as to why so many eminent scientists and others are not convinced by the new lockdown orthodoxy. Seems the lockdowners are partial to a few conspiracy theories of their own.

As for the claims Hotez identifies as “antiscience”, let’s take a closer look at them.

Antiscience downplays the importance of masks, according to Hotez. It’s easy to forget now that it was mainstream to downplay the importance of masks in spring 2020. England’s Deputy Chief Medical Officer Jenny Harries said on March 12th: “For the average member of the public walking down a street, it is not a good idea” to wear a face mask in the hope of preventing infection, adding it is also a potential infection risk due to possible contamination.

Though many now claim this opposition to masks was just an interim position to conserve supplies for health care workers, in fact scientific studies were also generally negative about them. As late as May 2020, the U.S. CDC (a Government agency) published a review of evidence on the use of masks to protect from influenza (a similar virus). It looked at 10 randomised controlled trials (RCTs) and found “no significant reduction in influenza transmission with the use of face masks”. On medical masks in particular it said:

Disposable medical masks (also known as surgical masks) are loose-fitting devices that were designed to be worn by medical personnel to protect accidental contamination of patient wounds, and to protect the wearer against splashes or sprays of bodily fluids. There is limited evidence for their effectiveness in preventing influenza virus transmission either when worn by the infected person for source control or when worn by uninfected persons to reduce exposure. Our systematic review found no significant effect of face masks on transmission of laboratory-confirmed influenza.

The only RCT to date looking at whether masks protect from COVID-19 specifically found no statistically significant effect of medical masks protecting the wearer against infection in a community setting.

A number of the other “antiscience” claims are similar or related. Dismissing the severity of the epidemic, attributing Covid deaths to other causes, and claiming the epidemic would eventually end by itself are all a way of saying SARS-CoV-2 is overhyped in terms of how many people are dying or will eventually die.

The problems with attributing deaths to COVID-19 are well-known and there is nothing anti-scientific about pointing this out.

The fact that the Covid mortality rate was initially stated by the WHO as 3.4%, which is high even compared to the 0.9% assumed in the modelling from Imperial College London, and 23 times higher than the current estimate of 0.15% from Professor John Ioannidis in his review of the global data, shows that there’s nothing anti-scientific about questioning the figures coming out from official channels on how serious the virus is.

Hotez’s claim that it is “antiscience” to say the epidemic will come to a natural end without intervention dovetails with his claim that “antiscience disinformation” created “mass havoc in the red [Republican-led] states”. Allegedly, the premature lifting of restrictions in the Southern states in summer 2020 created an “unnecessary wave of COVID-19 cases and deaths”, while a large motorcycle rally in Sturgis, South Dakota, ignited a surge in the autumn in the Upper Midwest.

The claims about the Sturgis motorcycle rally have been thoroughly debunked, including by Jennifer Dowd, Deputy Director of the Leverhulme Centre for Demographic Science at the University of Oxford, who wrote:

The Sturgis study essentially tries to re-create a randomised experiment by comparing the COVID-19 trends in counties that rallygoers travelled from with counties that apparently don’t have as many motorcycle enthusiasts. …

While this approach may sound sensible, it relies on strong assumptions that rarely hold in the real world. …

Since attendees hardly had time to attend the rally, get infected, and then bike home and infect others, the fact that rates in large sending counties are higher than those for non-sending counties strongly suggests that these differences in trends were in the works anyway due to local transmission dynamics, and not a direct result of the rally. …

Given the huge inflow to this specific location along with increased testing for the event, a bump was not surprising. Contact tracing reports have identified cases and deaths linked to the event, but in the range of hundreds.

The claim that Covid outbreaks will naturally burn out in the absence of interventions without causing greatly elevated deaths has been borne out by the experience of American states which did not lock down in the spring or winter or which have lifted restrictions in the last few weeks. As Lockdown Sceptics has pointed out several times, the Covid mortality rate in states which did not issue stay-at-home lockdowns this winter is currently lower on average than in states which did. No “mass havoc” here.

The irony is that the true antiscience lies not in questioning the dogmas of the political consensus and current orthodoxy, but in seeking to marshal the coercive forces of Government and private sector patronage to close down scientific debate. That’s the real threat to science and human understanding. Unfortunately, on that score Professor Hotez appears closer to Stalin than the lockdown sceptics.

Why Do the Police Allow Muslim Protestors to Gather Outside Batley Grammar School, But Not Christians in a Church on Good Friday?