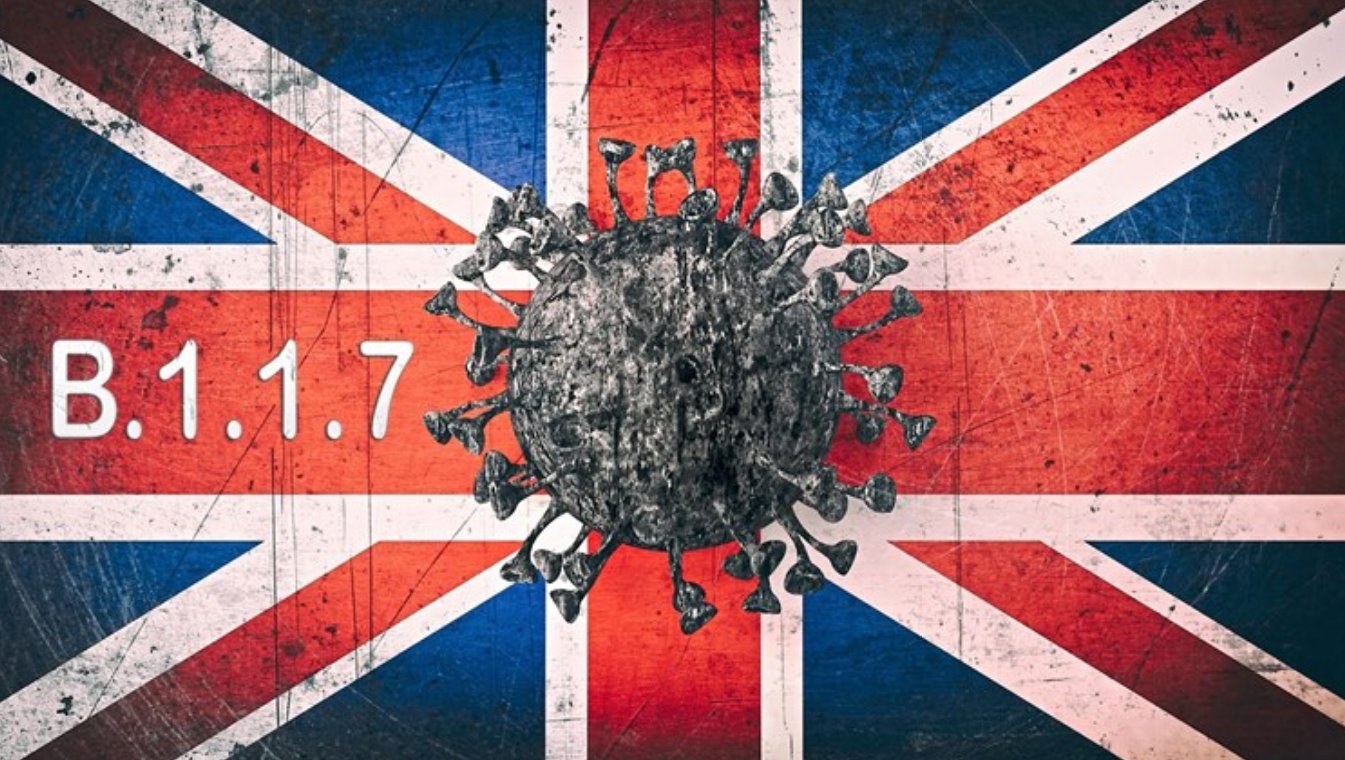 So, the new variant that was supposed to be 50% more transmissible than its predecessor goes into decline just as it becomes dominant, 10 days before lockdown and immediately after Christmas. This is the opposite of a Christmas surge – it’s a post-Christmas plummet!

No schools surge, no Christmas surge, and the British variant in decline well over a week before lockdown. None of these facts is “right”, none of them fits the mainstream narrative, whereby dangerous new variants are the reason we must stay locked down even as we are vaccinated.

A similar story is repeated in Denmark. Back at the start of February, epidemiologists with their models of doom were sounding the alarm about the coming flood from the British variant, reputedly so contagious that lockdowns could barely contain it. Here’s the alarmist report in Science magazine published on Feb 3rd.

On its face, the curve of COVID-19 infections in Denmark looks reassuring enough. A nationwide lockdown has led numbers to plummet from more than 3,000 daily cases in mid-December 2020 to just a few hundred now. But don’t be fooled. “Sure, the numbers look nice,” says Camilla Holten Møller of the Statens Serum Institute, who heads a group of experts modeling the epidemic. “But if we look at our models, this is the calm before the storm.”

That’s because the graph really reflects two epidemics: one, shrinking fast, that’s caused by older variants of SARS-CoV-2, and a smaller, slowly growing outbreak of B.1.1.7, the variant first recognised in England and now driving a big third wave of the pandemic there. If B.1.1.7 keeps spreading at the same pace in Denmark, it will become the dominant variant later this month and cause the overall number of cases to rise again, despite the lockdown, Holten Møller says. “It is a complete game changer.”

The same is likely happening in many countries without being noticed. But a massive virus-sequencing effort has allowed Denmark, a country of 5.8 million, to track the rise of the new COVID-19 variant more closely than any other country. “All eyes are on Denmark right now,” says Kristian Andersen, an infectious diseases researcher at Scripps Research who is advising the Danish Government. “When it comes to B.1.1.7, is there a way in which… we can prevent the kind of calamity that we have seen in the U.K. and Ireland, for example?” he asks.

The Danish Government had already tightened restrictions in December and January, closing schools, hospitality and leisure, reducing the cap on gatherings from 10 to five and doubling the distancing requirement from one to two metres. Yet the British variant was still, a month later, estimated to be growing exponentially, with R at 1.07.

So what happened after the epidemiologists’ predictions on February 3rd? The British variant did indeed continue to grow in dominance, as the graph above shows. But what about positive cases? Precipitous decline.

Nothing – completely flat from the start of February. Furthermore, far from the “super-contagious” British variant driving a surge as it arrived, its emergence at the start of January coincided with the plummeting of infections.

None of this is right. None of it fits the narrative about a super-contagious, super-deadly British variant. None of it was predicted by the modellers or anticipated by the Government ministers who listen to them.

Perhaps somebody should tell them.