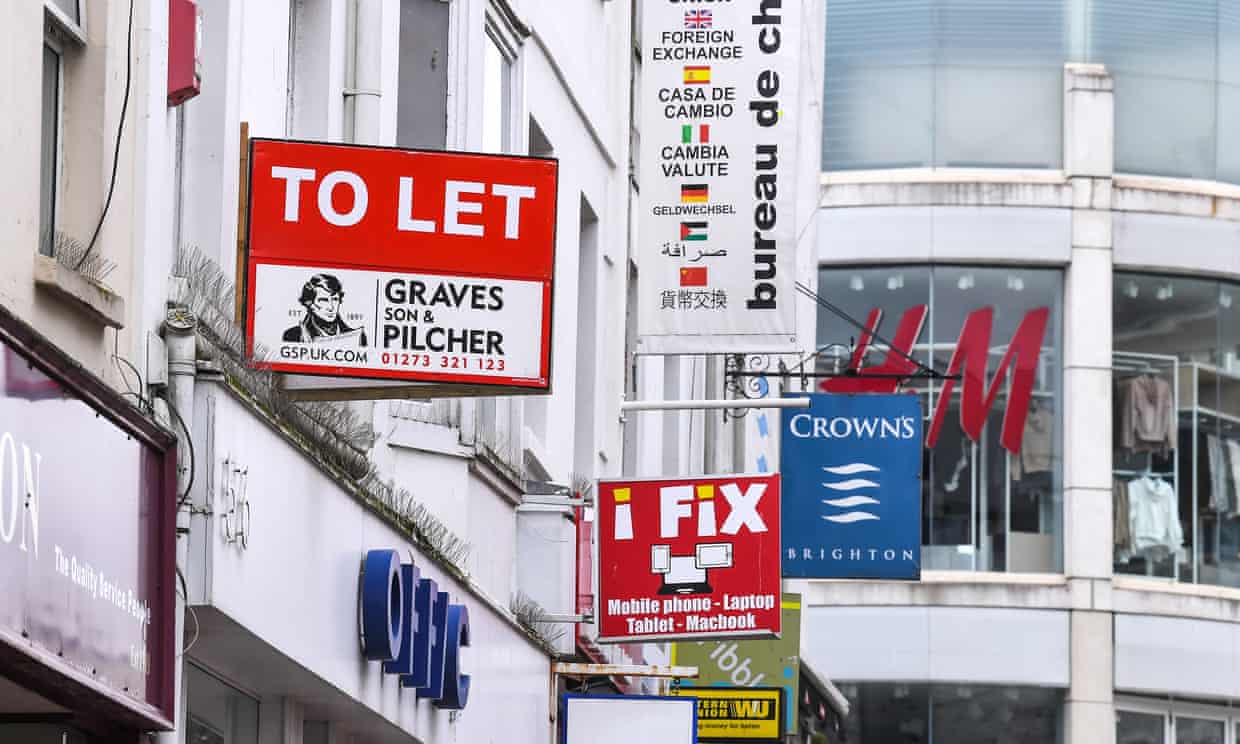 A new study has laid bare the devastating impact of the lockdowns on the British high street. Over 11,000 outlets permanently closed in 2020, and the Local Data Company (LDC) expects that this will be followed by 18,000 more closures in 2021. The Guardian has the story.

A net total of 9,877 chain outlets and 1,442 independent retail, restaurant and leisure premises closed their doors in England, Wales and Scotland in 2020, according to the LDC. The analysis covered 680,000 outlets in 3,000 shopping locations.

The report highlights that certain Government support measures have helped to slow the impact of lockdown on struggling businesses, but that figures might actually be worse than expected since many outlets which have not been recorded as closures – due to them only being “temporarily” shut – may never reopen.

Government support, including business rates relief, a moratorium on evictions for those unable to pay landlords, support grants and furlough pay for workers, helped slow the pace of closures for independents by 11% compared with 2019.

That help ensured that the pace of closures was not as bad as predicted by LDC, which had expected at least 14,900 outlets to be vacated. However, the true impact of the pandemic has yet to become apparent. Many outlets included in the research were temporarily closed during lockdowns and were not counted as shut but may never reopen after restrictions are relaxed next month.

Up to 18,000 more shops, restaurants and leisure outlets could be vacated as the collapse of major retail groups including Debenhams, Topshop and Dorothy Perkins hits home, according to LDC.

Stop Press: John Lewis has said it will not reopen eight of its stores once lockdown eases, putting 1,465 jobs at risk.

Sweden Had Lower Excess Mortality Last Year Than Most of Europe

Submit Your Views to Government’s Review on ‘Covid-Status Certification’