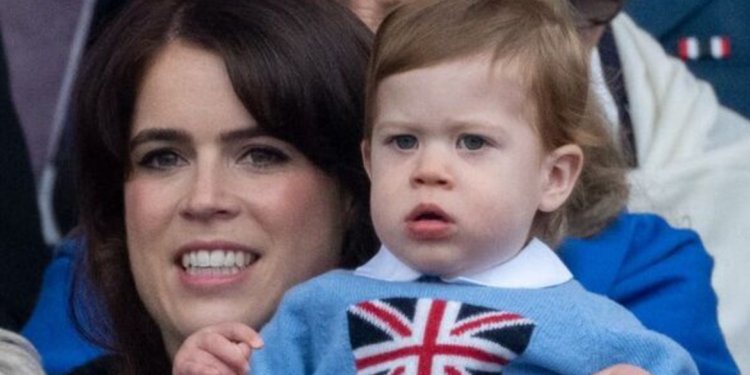 Princess Eugenie has said she wants her son to be a climate change activist from “aged two” and has stopped using plastic at home in order to combat climate change, which causes modern slavery. The Mail has more.

Speaking at the World Economic Forum in Davos, the 32-year-old said giving birth to her son, August, last year had “totally changed” her outlook on the environment.

She said: “My son’s going to be an activist from two years’ old, which is in a couple of days. Everything is for them, right? Every decision we now make has to be about how August is going to be able to live his life.”

Her comments echo interventions by her cousin Prince Harry, 38, who has described how “everything changed” when he became a father because he started to question “what is the point in bringing a new person into this world when they get to your age and it’s on fire?”

Harry has also praised child activists – led by Swedish activist Greta Thunberg – for refusing to attend school as part of a “climate strike”.

Speaking on a visit in 2020, he said: “This week, led by Greta, the world’s children are striking. There’s an emergency. It’s a race against time, and one which we are losing. Everyone knows it.”

The Duke of York’s daughter said that becoming a mother has made her more concerned for communities vulnerable to climate change in a discussion with Reuters IMPACT and Arctic Humanity at Risk Basecamp.

Speaking with Reuters Editor-at-Large Axel Threlfall and Arctic Humanity founder Gail Whiteman, Eugenie said: “My son’s going to be an activist from two years old, which is in a couple of days. So, he, everything is for them.

“I talked to Peter Thomson, the UN Special Envoy for Oceans and all he says to me is that I do this for my grandchildren. And that’s the same. Every decision we now make has to be for whether August, what he’s going to be able to look at and do and how he’s going to live his life. But I think also as a mother, you all of a sudden, totally you change, your hormones change, everything changes. Like now I’m scared of flying and things like that and I would never be before.”

Prince Andrew’s youngest daughter said she views the world differently since becoming a mother, and her concerns about climate change have affected how she lives.

But the princess also spoke of her hope for the future of the environment, saying: “I like to be ‘glass half full’.”

She added: “I’d rather be that way, but sometimes the facts and the figures and sometimes having the dinners do give you that sort of sense of frustration and doom and gloom.”

She also warned of the impact of a changing environment on vulnerable communities, adding: “Modern slavery and human trafficking is a really big issue across the globe. There are 49 million people estimated in slavery today and we know that when the climate is vulnerable, the most vulnerable people are affected by it. And we’re going to see that more and more, you know, each time there’s a crisis happening, that people are going to be vulnerable and taken into difficult situations. So climate goes hand in hand with it really.”

Is anyone going to tell her about the child labour and environmental devastation involved in making ‘green’ electric cars?

Worth reading in full, I suppose.