Despite the Absence of Evidence, Governments Want Us to Mask Up Again. Why? 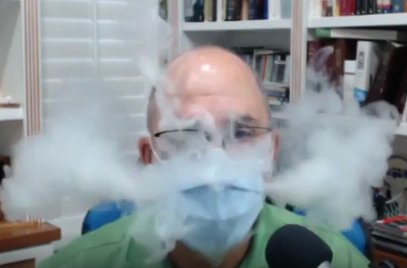 Those who thought they had seen the last of mask mandates were badly mistaken.

It starts with the message on masking, and ‘let’s see how the public reacts’. It won’t be long before governments resort to reintroducing compulsory mask use to address the ‘winter crisis’. They say masks will decrease the number of respiratory infections that are the major cause of the recurring winter crisis.

Readers will recall that in early December, we challenged the evidence base cited by Lord Markham as proof that masks work. We wrote:

According to the UKHSA, the official scientific rationale for mask mandates in the community is based on a review last updated in the summer of 2021 of 28 studies, two of which are trials and the rest studies of abysmal quality. The review, identified through a Parliamentary Question, is in two parts: the main body and supplementary tables reporting the data. The problem is that the review is full of errors: the two parts do not match and appear to have been written separately and not even proofread.

Most of the studies in the review are observational, making claims such as an 80% reduction in cases after mask introduction – making mask use a miracle, not a human intervention. If that were the case, SARS-CoV-2 would have been sent packing years ago, and with it all the other respiratory viruses.

We also cited the co-author of Mr. Hancock’s pandemic memoir, revealing that Johnson, Whitty and Hancock knew from the start that masks do not do the job, and yet they went ahead and coerced Britons to wear them.

The reality is different. Clinical trials in various settings – across vastly different ranges of circulation rates, from low influenza-like illness to pandemics – have failed to show any effect. Which tallies with everyone’s personal experience of mask ‘protection’. So, why the sudden reintroduction?

Something odd is happening. We live in a world with more information and reactive media that fail to grasp the reality of the problem. Managing the message becomes more important than fixing the problem, particularly when you know you won’t be in your job much longer. Masks are a distraction.

The reality is a merry-go-round as new ministers, advisers and experts pop up. They look to a simple solution to placate the public anxiety rather than fixing the long-term structural problems in the NHS.

We learnt this painful lesson with Tamiflu in the Swine flu Pandemic. Ministers reiterated, as did public health officials, that what mattered is they needed to be seen to be doing something. Whether it was evidence-based or not was immaterial. A complex problem requires a simple fix – a highly visible one. Masking fits the bill perfectly.

Part of the problem is officials go unchallenged, no one asks for the evidence, and if they do, they feel intimidated – as an anonymous BBC reporter disclosed. You can virtually state anything in this modern era without worrying about evidence. By tomorrow the media will have moved on.

However, for now, let’s follow the jungle cry: do something! What? It does not matter; we have to be seen to be doing something!