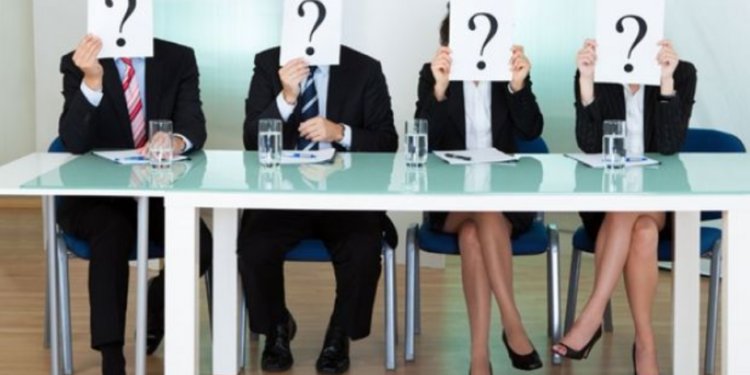 That oft-spouted dictum ‘follow the science’ would not have surprised American philosopher of science Thomas Kuhn (1922-1996). In his book The Structure of Scientific Revolutions (1962), Kuhn explained how ‘normal science’ becomes a rigid orthodoxy, maintained by rewards in pay, promotion and prestige. Great force is needed to disrupt the established paradigm and its assumptions, as everted by the discoveries of Isaac Newton and Albert Einstein. Consequently, science progresses not as linear trajectory but by a series of revolutions.

The peer review process in scientific journals is meant for quality control, but it has been criticised by editors of prestigious journals such as Richard Smith of the British Medical Journal, Marcia Angell of the New England Journal of Medicine and Richard Horton of the Lancet, the latter remarking:

A bigger problem than inconsistency is reinforcement of prevailing ideological consensus, as shown by the difficulty of climate change sceptics in getting their work in print. By contrast, Peter Boghossian, James Lindsay and Helen Pluckrose got a series of absurd spoof papers published in the journals of various ‘grievance studies’ such as Gender, Place & Culture. One paper explained the penis as a social construct, in the second the authors claimed to have examined thousands of canine genitals to reveal rape culture in dog parks, the third argued that men could quell their transphobia by anally penetrating themselves with sex toys, and the fourth was a translation of Mein Kampf with feminist buzz words. Research is judged on acceptability rather than scientific validity, it seems.

This departure from due diligence is a mystery to many, but it is explained well by Costică Brădățan in UnHerd of December 21st:

How did papers of no scholarly merit pass, sometimes with flying colours, the crucial test whereby a scholar’s subjective opinion becomes reliable knowledge: the peer-review process? Because the authors understood how important conformism to the dominant ideological orthodoxy is in the academic humanities. The hoaxers didn’t need to place any real knowledge in their submissions, only the recognisable markers of belonging to the same camp — dazzling buzzwords such as ‘rape culture’, ‘queer performativity’, ‘systemic oppression’ — which mesmerised both journal editors and the external reviewers.

In 1975, Professor David Horrobin founded the journal Medical Hypotheses as an outlet for ‘revolutionary science’. Instead of peer review, Horrobin made all publishing decisions as Chief Editor. The journal was owned by Pergamon, a company established in 1951 by Robert Maxwell. Pergamon expanded to hundreds of journals and Maxwell, the media tycoon, made a fortune in selling it to Elsevier in 1991. Pergamon did not interfere with Medical Hypotheses, but the new owner did.

After Horrobin died he was replaced by Bruce Charlton. In 2009 Charlton accepted a paper by Peter Duesberg, a virologist at Berkeley who contested the link between HIV and AIDS. Duesberg supported the South African government’s decision to withhold antiretroviral drugs from AIDS sufferers. This was sacrilege to the AIDS research community, which was thriving on huge research grants. Scientists associated with the U.S. National Institutes of Health threatened to banish Elsevier journals from the National Library of Medicine unless the article was retracted. Elsevier relented to pressure and Charlton was dismissed as Editor. As the Secret Professor wrote in The Dark Side of Academia (2022): “Peer review had to be instituted in order to ensure that existing truths were not threatened again.”

Censorial activity escalated with COVID-19. For example, both of us were denied the right of reply in the prestigious Journal of Advanced Nursing published by Wiley after being smeared in its editorial pages over our expressed views on lockdown. One journal editor –Jose L. Domingo of Food and Chemical Toxicology – who published a controversial COVID-19 article and also requested manuscripts “on the potential toxic effects of COVID-19 vaccines” resigned after concern about “deep discrepancies” with the journal’s direction under publisher Elsevier as the reason for his early exit. One of us (RW) has raised the possibility that the Committee on Publication Ethics may be complicit in the process of censoring academics and editors and has expressed concern over what the major academic publishers classify as ‘misinformation’ regarding COVID-19.

Academic journals are commercial enterprises and are under no obligation to publish anything sent to them. They favour manuscripts that are likely to be cited highly to maximise impact factor – a key measure of journal performance in a competitive marketplace. A manuscript may be rejected in initial desk screening by the Editor-in-Chief, subsequent screening by an editor to whom it was assigned or following peer review. In some cases, an Editor-in-Chief may overrule the Editor and reject a manuscript. Peer reviewers are chosen for their specialist expertise, but they merely make recommendations to editors. They may warn about a manuscript with contrary findings or controversial claims, and some editors will shy away from potential trouble.

The extent of retraction of counter-narrative COVID-19 articles, as tracked by website Retraction Watch is very concerning, If a manuscript published as an article is subsequently retracted the convention is that it remains on the website and available at the original digital object identifier, but with a prominent header indicating that it has been retracted or a ‘Retracted’ watermark across the pages. However, this process has not been followed with the vast majority of retracted COVID-19 articles. Reputable publishers such as Elsevier, Wiley and PLOS One have been mounting retraction notices and completely removing the original articles.

Scientific preprint outlets, which enable researchers to publicise their findings before peer review, boast of their openness to any study results. However, just as the sanctuary of freedom of speech at Speakers Corner fell to the COVID-19 regime, so did the preprint websites. Several papers on COVID-19 by Professors Norman Fenton and Martin Neil, despite adhering to scientific standards of analysis and reporting, were routinely rejected. For example, Fenton and Neil recently submitted an analysis of ONS vaccine surveillance data to medRxiv, which responded:

We regret to inform you that your manuscript is inappropriate for posting. medRxiv is intended for research papers, and our screening process determined that this manuscript fell short of that description.

A similar response by arXiv dismissed the article as out of scope, yet as Fenton and Neil observed, “this is curious given the enormous number of papers they have on Covid data analytics”.

What is to be done? Gatekeepers are manipulating the dissemination of scientific research, but this is not an easy problem to solve. One of us (RW) has been an editor on three journals during the COVID-19 period. The only policy of which he is aware is a widespread agreement across the academic publishing industry to fast-track COVID-19 manuscripts as a public health priority. He is not aware of any policies to publish only articles that align with the official narrative (lockdowns good, masks effective and vaccines safe). However, pressure is clearly being exerted at some point and it has extended beyond the publishing industry to the preprint environment.

When research is blocked from preprint exposure, effectively it doesn’t exist. Surely if preprint sites are used properly then we have nothing to fear from publication of manuscripts that challenge medical or scientific orthodoxy. If an argument is flawed or analysis faulty, let these flaws and faults be revealed. As Justice Louis Brandeis famously said, early in the last century, “sunlight is the best disinfectant”.