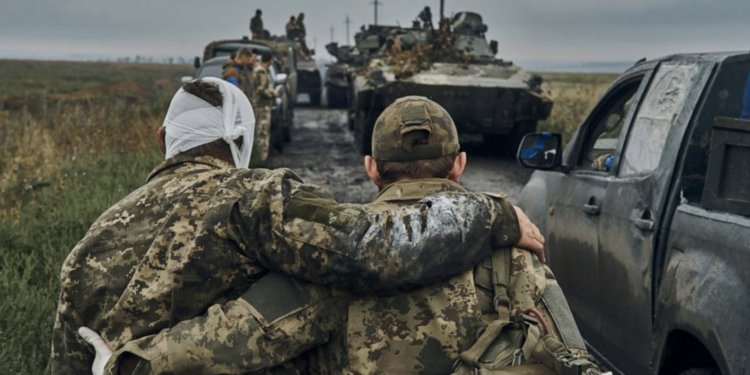 In a recent article for this site, Noah Carl argued that Russia’s war against Ukraine could have been prevented by the implementation of the Minsk II agreement. He says that Minsk II was designed to forestall possible U.S. arms supplies to Ukraine, suggesting a danger of U.S. escalation, and goes on to question why the U.S. didn’t pressure Kyiv to implement the agreement. He further questions Ukraine’s motivations in signing the agreement and its apparent unwillingness to implement it. Russia comes in for no criticism.

Firstly, the core premise of the article is false: Minsk II could not have prevented a war which had begun the previous year, with Russian troops, weapons systems and GRU and FSB officers on the ground, and with Moscow in overall control. However, let’s assume that by “preventing the war”, Noah means the full-scale invasion of 2022. The key problem with this is that despite the Russian ambassador to Ukraine signing the Minsk II agreement, Russia has consistently denied – right from the outset – that it had any responsibility to implement the agreement, has denied being a participant in the conflict and has even denied being a party to the agreement at all. The omission of these facts is quite inexplicable, condoning as it does Moscow’s absurd pretence to having been a mere bystander and rendering somewhat specious any related argument that Minsk II could have worked.

Before discussing the other aspects of Minsk II, we should also note another crucial omission. Noah quotes the New York Times reporting that the Franco-German Minsk II initiative emerged “in response to reports that lethal assistance was now on the table in Washington”, which is true as far as it goes, but obscures the reasons for the U.S. position. The initiative, aimed at bringing about a cease-fire in the Donbas, was conceived because Russia (both directly and through its proxies) had repeatedly violated the previous Minsk agreement by holding elections in the Donbas, continuing to make advances (e.g. capturing Donetsk International Airport) and generally showing no intention of stopping. It was in response to these Russian actions that the U.S. Congress moved closer to providing arms to Ukraine; or in other words, the need for a cease-fire was because of the continuing Russian invasion, not because the dastardly U.S. was stirring things up. To think otherwise is as absurd as to suggest the reason Pakistan needed disaster relief this year was because the U.S. offered to send aid.

Noah goes on to argue that Minsk II could have worked if only Ukraine had implemented it, which could have happened if only the U.S. had pressured it to do so. Unfortunately, it’s not at all clear that Ukraine has breached the agreement, and Noah offers no discussion of how or why it failed to implement it, nor any discussion of whether and how the self-declared Donetsk and Luhansk regional governments (DNR/LNR) or Russia did or did not implement it.

In order to delve into these issues, it’s important to recognise that the Minsk II document, which was hastily drafted by French and German officials keen to be peacemakers, was – in key areas – not a fixed agreement or contract in the strict legal sense. There was far too much that was subject to subsequent unclear and non-deterministic procedures, such as discussion and agreement between the DNR/LNR and Kyiv, which allowed fundamentally irreconcilable interpretations to emerge. Crucially, the order in which parts of the agreement are meant to be implemented is largely unstated. Noah is arguing lack of performance, but to perform a contract it first has to be coherent and capable of relatively clear interpretation, and a contract to purchase an item at a price to be agreed later – and where delivery of the item is left vague – is not a contract.

Take the local elections in the Donbas. Minsk II stated that these should be held according to OSCE standards and monitored by the OSCE, but that “questions related to local elections will be discussed and agreed upon”. Elections were due throughout Ukraine in October 2015, but what happened next? The DNR/LNR unilaterally decided to hold elections at a time of their choosing without the agreement of Kyiv, which eventually happened over three years late in November 2018, and not in accordance with OSCE standards and not under OSCE monitoring – and hence not recognised by the EU or the U.S., and in breach of Minsk II. These sham election were almost universally condemned, with the U.S. calling them a “charade”. But, of course, Moscow blamed Kyiv for not implementing Minsk II.

Is it true that the blame for this lies with Kyiv, and presumably “the refusal of the United States to put pressure on them”? Minsk II states that discussions over elections were to be held after the withdrawal of heavy weapons by both sides and the passage of a Ukrainian law giving special status to the Donbas regions – both of which Kyiv performed (the latter very controversially in Ukraine, and under pressure from the West), although the terms of the special status law were immediately condemned as a breach by the LNR/DNR and Russia because it would only come into force once OSCE-approved, free-and-fair elections were held. This was not a technical breach of the agreement, but rather a very reasonable step to shore up the democratic legitimacy of the DNR/LNR political leaders who would, after all, receive recognition from Kyiv as a result. Russia breached it.

That’s one example. Another is that Russia and the DNR/LNR never implemented article 10 of the agreement, which required the withdrawal of all foreign armed formations, equipment and mercenaries, and the disarmament of all illegal groups. Indeed, it’s very hard to imagine Russia ever intended to do so, and all the evidence suggests Minsk II was really just a means to extract concessions from Ukraine while cementing its gains and allowing it to regroup. As Duncan Allan put it:

Yet despite Russia’s efforts, Minsk-2 was not just the product of intense pressure on Ukraine. It also marked the ignominious collapse of the Novorossiya project. Confounding predictions in Moscow in the spring of 2014, few Ukrainians threw in their lot with Russia. On the contrary, Ukrainians fought back en masse, probably killing several hundred Russian troops and irregulars and nearly overrunning the DNR/LNR until they were stopped by Russia’s army at Ilovaisk and, to a lesser extent, at Debaltseve. As they fought, they created a toxic problem for Russia, whose leaders still insist that it is not at war with its neighbour and that Russians and Ukrainians are “one people”. Russia could have had little doubt by early 2015 that even if it inflicted mass casualties on Ukraine, it would incur further heavy losses itself. This was a price that its leaders were unwilling to pay for sensitive domestic reasons – indicated by the harassment of Russian journalists and activists investigating this subject, and by the classification of data attesting to Russian casualties in peacetime ‘special operations’. Ukraine could not destroy Russia’s proxies, yet Russia was unwilling to sustain further high-intensity war with Ukraine; Ukraine was unable to prevail, but its readiness to fight to defend its sovereignty gave Russia pause.

However, on the other side it does appear that Kyiv never had any serious intention of implementing article 11 of the agreement, which called for a change to the Constitution of Ukraine to give special status to the Donbas, effectively legitimising the invasion – something which would never have achieved public acceptance in Ukraine. Nevertheless, once again this was made even more impossible by Russia and its proxies, who in May 2015 made additional demands well beyond what was in Minsk II, effectively calling for all-but-full independence, including the ability to make treaties with foreign states (i.e. Russia), hold their own elections/referenda, raise their own taxes, control the border with Russia and charter their own internal executive organisations. Through this, Russia’s proxies could legally have invited Russian troops to occupy the Donbas and then held one of their very special votes on independence. It would have made the Donbas a de facto and almost de jure part of Russia.

Additionally, the demands also included a neutrality clause for Ukraine as a whole, thus handcuffing Kyiv in terms of foreign policy and arguably arms purchases, leaving the rest of the country ripe for future conquest – Putin’s ultimate goal.

Russia was obviously insincere from the very beginning, continuing to attack Debaltseve and capturing it after the agreement was concluded (just as they had captured Donetsk Airport after Minsk I), and then continuing to violate the agreement for its own ends – for instance, by failing to withdraw its armed forces. It’s therefore hardly reasonable to suggest that Ukraine should have made changes to its Constitution in order to implement Minsk II, if that is the suggestion. Of course, Kyiv might well have counted on Russia violating the agreement in all the ways described, the fact of which means that – if we’re trying to hold Ukraine to the highest technical standards of propriety – Ukraine was not bound to honour its side of the bargain. Indeed, it’s very difficult to criticise Ukraine if its original intention was to use the agreement in order to play for time, re-arm and prepare itself for what was coming. Ukraine is a sovereign state in a fight for survival, and if it was forced – largely under duress – to conclude an agreement with the illegitimate DNR/LNR entities, I can only regard it as blameless and laugh at Russia’s disingenuous complaints at having been diplomatically outplayed. Clearly, Ukraine now has a very capable and well-armed military.

Minsk-2 can […] be read in quite different ways. Ukraine’s version puts the re-establishment of control in the east before a political settlement. Russia would evacuate its troops and return the border to Ukraine. Elections would be held according to OSCE/ODIHR standards. Donbas would be reintegrated in line with the national decentralization programme (with some extra powers) and subordinated afresh to the authorities in Kyiv. As a result, Ukraine would be restored as a sovereign state. Russia’s version of Minsk-2 reverses key elements of this sequencing. A finalised political settlement would come before Ukraine retakes control of Donbas: elections would be held in the DNR and LNR; and Kyiv would agree a comprehensive devolution of power to these regimes. This would entrench Russian-controlled statelets, breaking the back of the Ukrainian state, preventing the central authorities from running the country as an integrated unit and torpedoing its westward integration. Only then would Ukraine regain control over the border, although whether Russia would allow that is moot. In short, Minsk-2 supports mutually exclusive views of sovereignty: either Ukraine is sovereign (Ukraine’s interpretation), or it is not (Russia’s interpretation) – this is the “Minsk conundrum”.

Which version of this should the U.S. have pressured Ukraine to accept?