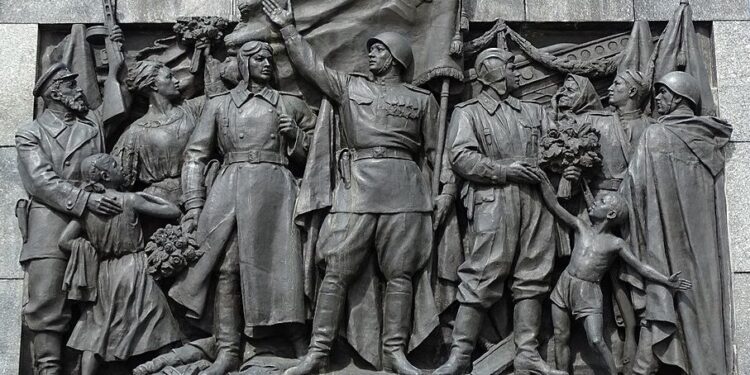 Since Russia’s invasion of Ukraine began, Western commentators have spent a huge amount of time expressing moral outrage at Russia’s actions, but comparatively little time thinking about how the war could have been prevented.

This is puzzling. Even if Ukraine manages to win, this victory will have come at an enormous price – tens of thousands of lives, millions of refugees (many of whom may never return), and untold damage to the country’s infrastructure. No matter what the outcome, the war will have been disastrous for ordinary Ukrainians.

It therefore seems essential to ask whether it could have been prevented.

One possible way it could have been prevented is through deterrence. NATO members could have announced in advance, ‘We commit to defending Ukraine if it is ever attacked by Russia’. Alternatively, the U.S. and its allies could have armed Ukraine to the teeth by transferring huge quantities of offensive weapons.

The disadvantages of this approach are obvious. It might have caused Russia to invade even sooner to forestall the arrival of NATO troops or weapons. And if Russia did call the West’s bluff, it might have sparked World War III, as NATO would have pre-committed to entering the war on Ukraine’s side.

There’s another possible way the war could have been prevented: through the implementation of Minsk II. This was an agreement signed in 2015 by representatives from Russia, Ukraine and the two separatist republics, which aimed to bring an end to the fighting in Donbas. It was based on a plan drawn-up by the leaders of France and Germany.

Although Minsk II ultimately failed, since neither side honoured the terms, it was unanimously endorsed by the UN Security Council.

Critics of Minsk II say it was too favourable to the Russian/separatist side. This is because the agreement would have granted significant autonomy to the two Donbas regions, allowing them to veto Ukraine’s future membership of NATO and possibly its membership of the EU as well. (Minsk II is roughly equivalent to the plan John Mearsheimer put forward in 2014, which emphasised Ukrainian neutrality.)

Likewise, almost half of Ukrainians opposed the Maidan protest movement, including a plurality who “[did] not support it all”. For this reason alone, calling the subsequent change of government a ‘Revolution of Dignity’ is highly dubious.

You might say that in a democracy, the majority gets to decide the future path of the country, so Minsk II was fundamentally unfair. Yet it’s widely understood that in ethnically divided countries, the majority often has to make concessions to the minority for the sake of overall stability. Half the parliamentary seats in Lebanon are reserved for Christians and half for Muslims, regardless of the ethnic make-up of the country (which no one quite knows), to prevent one group from dominating the other.

In any case, the European interest – as judged by the leaders of France and Germany – was preserving stability in Ukraine, rather than ensuring the country’s pro-Western majority got its way.

According to the New York Times, the plan for Minsk II emerged “in response to reports that lethal assistance was now on the table in Washington”. In other words, the U.S. wanted to start supplying Ukraine with offensive weapons, so France and Germany stepped in to broker a peace deal before that happened.

Why did Minsk II fail? As I’ve already stated, neither side upheld its end of the bargain. Yet historian Anatol Lieven argues it could have worked but for “the refusal of Ukrainian governments to implement the solution and the refusal of the United States to put pressure on them to do so”.

Lieven’s argument is consistent with numerous public statements made by Petro Poroshenko, the former Ukrainian President under whom Minsk II was signed.

In 2020, a Radio Svoboda journalist asked him whether he signed Minsk II in order to “buy time”. Poroshenko replied, “Of course”. He also said he was “categorically against” granting “special status” to the Donbas because it would lead to the “federalization of Ukraine”.

In June of this year, he told a different Radio Svoboda journalist, “We achieved what we wanted … our task was, first, to avert the threat, or at least to postpone the war – to secure eight years to restore economic growth and create powerful armed forces” (skip to 00:20:20).

And just last week, he fell victim to two Russian pranksters (the same ones who pranked George Bush) and admitted, “I need this Minsk agreement for having at least four and a half years to build Ukrainian armed forces … to train Ukrainian armed forces together with NATO, to create the best armed forces in the Eastern Europe, which was built on the NATO standard” (skip to 00:05:00).

All this suggests that, even if the Russian/separatist side had taken the initiative in upholding their end of the bargain, Poroshenko never intended to implement Minsk II.

His stance was echoed by Ukraine’s Foreign Minister Dmytro Kuleba in February of this year. Mere weeks before Russian tanks rolled across the border, he told a Polish newspaper, “None of Ukraine’s regions will have a right to veto the state’s decisions. That is engraved in stone!”

But why, as the country’s main backer, did the U.S. not pressure Ukraine to implement the agreement? After all, the U.S. endorsed the agreement in its capacity as a member of the UN Security Council, and the U.S. pressures its allies to do things all the time.

The obvious reason is that U.S. interests were not served by the implementation of Minsk II.

From a Western perspective, preventing the war in Ukraine would have required the French and Germans to act more decisively, or the Americans to look beyond their own interests. Unfortunately, neither of these eventualities came to pass.

Is the Net Zero Push For Home Insulation Bad for Our Health?