Is the Net Zero Push For Home Insulation Bad for Our Health? 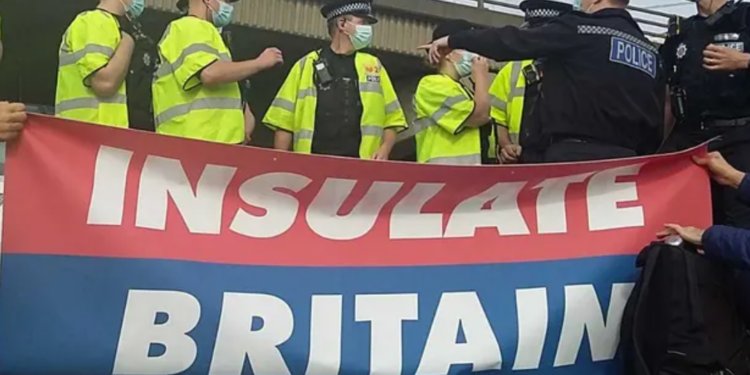 News of the tragic death of two year old Awaab Ishak made the headlines recently. The coroner concluded that he died due to damp and mouldy conditions in his family’s council-run flat.

Looking into this story I found many factors that may have been involved, including neglect, but also obvious issues relating to ventilation. There has been a huge drive in the last 20 or so years to increase the energy efficiency of our homes by preventing heat loss and I wanted to know if this had anything to do with his death.

From 2012, to encourage home insulation, the Government introduced:

These schemes were meant to allow customers to receive energy savings, without direct cost, via insulation and other grants and to help home occupiers calculate how much it would cost to heat their homes. Funding did not come from Government taxation, but by allowing energy utility companies to raise a levy on the basis that savings on bills would exceed the cost of the work. EPCs have been heavily criticised for not actually making it possible to calculate the cost of heating a dwelling. In this article I look for evidence that there really are overall economic and health benefits in retro-fitting existing homes with extra insulation.

I was recently shown around a new local property development. The homes appeared to be insulated and ventilated in an economically efficient manner conducive to healthy living. 1.4 million new homes have been registered to be built in the past decade but this represents only a fraction of the 27 million households in the U.K. that are not new-builds and that haven’t been constructed with this standard of in-built insulation.

The methods and materials used for insulating and ventilating existing homes (described here) are prone to a multitude of potential hazards. The greatest areas of concern, which do not, in my view, receive enough attention from the media, are in respect of the following:

By 2020, the percentage of U.K. properties fitted with these types of insulation (21 million homes) were:

A survey of over 400 home occupiers asked the question: “Do you think too much insulation can cause damp, condensation and similar problems?”. 10% answered ‘no’, 20% ‘not sure’ and 70% ‘yes’.

A survey of 250,000 homes by a thermal imaging company found that the addition of cavity wall insulation to existing homes had failed to work in a quarter of cases and caused problems in half the houses surveyed. With over 6 million properties treated, this means that, if these results are representative, over 3 million homes are affected. Many of these home owners had great difficulty obtaining compensation and some became desperate and suicidal. Many people living in damp houses do not realise that it may have been caused by cavity wall insulation and many others, who have realised, are fobbed off or never get a response to a complaint. A good article on the types of homes at risk from cavity wall insulation (in many parts of Wales for example) can be found here.

Regarding loft insulation, most complaints are due to condensation, damp and burst pipes. The Heritage House Organisation warns that loft insulation can cause condensation and rot your roof timbers. This is another major problem which is starting to affect more homes. Homes with modern roof felt – the monarfil type, which is breathable, will be less adversely affected – but loft insulation tends to be sold into older homes, which by their very nature have older, bitumen based felt which can’t breathe.

According to me research, all these forms of insulation are possible to retro-fit in a way that allows adequate ventilation and prevents damp issues, but only if done meticulously and at great cost (except for loft insulation which is relatively cheaper), with experts rigorously checking every stage. A detailed report by the British Research Establishment indicates that:

Even when extract fans are evidenced they may either not be correctly installed, commissioned, maintained or even working, and that passive or background ventilation through air bricks and old back boilers, may be blocked up in the insulation process. It is therefore essential that an assessment of ventilation both active and passive is undertaken before works are undertaken and post insulation to reduce the risk of increased humidity and condensation.

In the real world many home owners may not have the time, money or knowledge to monitor and evaluate work standards and safeguard against all the risks that many of the experts themselves seem not to fully appreciate. The death of 72 people in the Grenfell disaster was bitter proof that the building ‘experts’ had utterly failed. An estimated £4 billion is now required to fix dangerous cladding found on blocks of flats following the deadly Grenfell Tower fire in June 2017.

Fixing cavity wall insulation disasters can cost tens of thousands of pounds and fixing external wall insulation can be an economic nightmare. It is also worth knowing that it is illegal to sell a house with damp. Damp and mould are not an issue that you can hide with paint and it is a legal requirement for sellers to disclose any such issues with the property to any potential buyer. If left untreated and allowed to spiral, damp and mould can devalue a property by up to 53%.

The following is a list of the unintended health consequences of imperfect or inappropriately installed home insulation. Those identified in the above BRE report include overheating, increased humidity, damp and mould, increased risk of dust mites, bed bugs and clothes moths, and fire safety.

Polluted air in combination with poor ventilation can cause dry throat and eyes, concentration disorders, fatigue, headaches, shortness of breath, poor sleep, drowsiness and dizziness. In addition, complaints may develop such as chronic colds or respiratory infections, development of asthma or other lung diseases. Cardiovascular disease and cancer are also consequences of prolonged exposure to polluted air. It can be very difficult for home occupiers to correct insulation errors at source but those adversely affected can reduce condensation and get fresh air circulating throughout the home by, for example, keeping windows open, using an extractor fan and keeping the heating on consistently at a low level.

So it appears that the relentless push to Net Zero has resulted in a rushed and improperly thought-through plan for fitting various forms of insulation below an acceptable standard to existing homes that, in the long run, may have caused more harm than good, both in health and economic terms. Many home owners may be unaware that their condensation and damp problems could be related to Government energy efficiency targets. Houses need to be warm in the winter but now, and especially when the energy price cap is removed next year, the temptation will be for those on low and middle incomes to save money by not sufficiently heating their modified old houses. That may exacerbate the unintended consequences of these types of retro-fitting insulations that were not designed for under-heated homes. While Awaab Ishak’s flat does not appear to have had major insulation work, there was clearly a problem with excessive airtightness. I would like to hear a wider argument and discussion from experts on both sides rather than to accept without question that the only solution to home energy efficiency – as per the Insulate Britain protestors – is simply to insulate more and more. The public also need to be made more aware of the potential unintended economic and health consequences of retro-fit insulation and excessive airtightness in their homes.