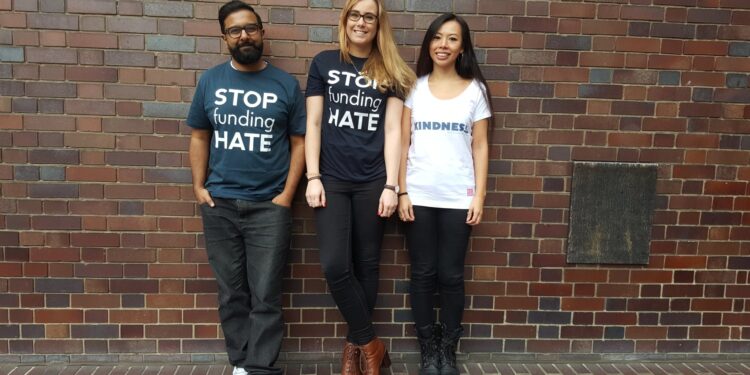 As gleefully reported in the mainstream media, Twitter has lost vast amounts of advertising revenue since Elon Musk’s controversial takeover. Big brands with reputations at stake are told (and some don’t need much telling) by ideological activists not to do business with anyone who criticises climate change, COVID-19, funding the war in Ukraine or progressive identity politics. ‘Hate’ really means anything that challenges the dominant narrative.

The censors are well funded and organised. The pressure group Stop Funding Hate was founded in 2016 by Richard Wilson, a former corporate fundraising officer for Amnesty International. It strives to stop advertising in newspapers that sell their products based on ‘fear and division’ (they could have been useful during the covid regime, but strangely fell silent as the media consistently pushed fear and division).

The first big target for Stop Funding Hate was the Daily Mail. A promotional series of free Lego toys was halted when Stop Funding Hate kicked up a stink with the Danish brickmakers for giving money to a newspaper that allegedly demonised immigrants. With customary Schadenfreude, the Guardian celebrated this successful activism against its long-standing and far more successful rival. (Although Stop Funding Hate’s campaign to get Virgin Trains to stop giving away free copies of the Mail backfired when Sir Richard Branson intervened to overturn the ban.)

The power of these puritans is undeniable. Watch GB News and you will see the advertisement breaks filled with the broadcaster’s own promotions. They struggle to get any companies to advertise, despite growing audience figures. Recently my employer, the Workers of England Union, bought some slots for a recruitment drive. The cost was surprisingly low for primetime shows by the likes of Nigel Farage and Mark Steyn.

Soon after the adverts appeared, general secretary Stephen Morris was contacted by a ‘volunteer’ from Stop Funding Hate. This woman, steeped in woke righteousness, obviously hadn’t looked into the Workers of England and its record of defending free speech. The message appears to be a template, apart from an opening Generation Z pleasantry that will make you cringe.

I am writing as a volunteer for Stop Funding Hate because I saw your advert on GB News today.

We are letting people know when their adverts appear on the GB News. In most cases, the adverts appear because they are part of a package with Sky and companies don’t even know that they are being shown there.

The channel has given out dangerous misinformation on COVID-19 and on climate change. It recently mocked a meteorologist who warned about the heatwave, saying we should just enjoy the sunshine.

It has deeply unpleasant anti transgender and anti migrant campaigns.

I believe that it is not a good place for advertising your important services. If you agree, please can you ask your marketing people to request that your adverts are not shown on this toxic channel?

The Workers of England did not respond. The volunteer probably has prepared material for any further engagement, but it would be too tedious and time-wasting to communicate with such an intolerant organisation.

Stop Funding Hate is itself good at hating. A Daily Mail exposé featured several instances of aggressive tweeting at people or organisations guilty of wrongthink. Founding member Rosie Ellum responded to a Home Office plan for immigration with a string of unprintable expletives.

This is not a plug for GB News, but I recommend advertising there. Audiences are rising steadily because more and more people are realising that the BBC, ITV and Sky News are only reporting what the establishment wants you to hear. Calling Nigel Farage ‘far right’ is like water off a duck’s back, but when this smear is extended to the likes of Neil Oliver and Calvin Robinson the campaign by Stop Funding Hate will surely lose credibility.

GB News is independent, different and challenges the status quo. Rather like the Workers of England Union.

Dr Niall McCrae is a former university lecturer who now works for the Workers of England Union.

Conference Opposing Sexualisation of Children Has Venue Pull Out, Calling it “Opposed to Our Values”. Why I Had to Step In