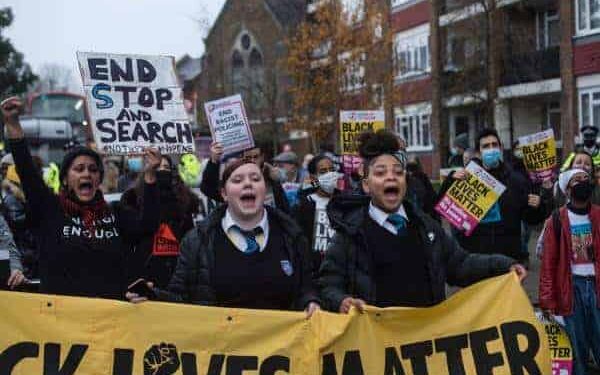 Nearly half of Britain’s young people are too frightened of being ostracised to challenge beliefs in ‘white privilege’, a new survey from Policy Exchange shows. The Mail on Sunday has more.

It reveals that 59 per cent of school leavers have been taught ‘critical race theory’ – the premise by American academics that racism shapes Western life and white people enjoy advantages because of their colour.

But 40% of the 18-20-year-olds taught about ‘white privilege’ and similar concepts said they were afraid of being outed for their beliefs if they disagreed.

Some even said they worried about being expelled, according to research by the think tank the Policy Exchange.

Critics of the notion of ‘white privilege’ suggest it ignores the achievements of people from diverse backgrounds such as Prime Minister Rishi Sunak, who is Hindu and whose parents are of Indian descent.

Reacting to the study Dr Samir Shah, a member of the Government’s Commission on Race and Ethnic Disparities, said: “School children should be able to say what they think without feeling an inability to do so.

“It is incumbent on teachers, lecturers and parents to allow to children to voice their own feelings without fear of favour and that is quite central in my mind to what makes a liberal democracy – that there is no constraint on what you say within the law.”

Dr Shah, called for balance to be provided in classrooms and warned against presenting only one side of the debate around ‘white privilege’ and critical race theory.

He added: “This thought-provoking report is a stark warning against such complacency.

“Views which remain on the fringe in society as a whole, are held by a significant number, or even a majority, by voters in this age category.

“But what makes the survey disturbing is that these new attitudes challenge the very foundations of liberal thought: free speech, tolerance, debate, and democracy.”

It also revealed that 42 per cent of respondents aged 18 to 24 believe that schools should: “Teach students that Britain was founded on racism and remains structurally racist today.”

Last night Toby Young of the Free Speech Union said: “Schools should not be teaching these politically contentious theories as if they were indisputably true.

“It leaves children feeling ashamed of their country and fearful that if they say something positive about Britain they will be accused of racism and targeted for cancellation.

“We passed a law in 1996 making it illegal to politically indoctrinate children. They can be taught about political issues, but only if they’re given a balanced presentation of opposing views.

“Unfortunately, that law is more honoured in the breach than the observance.”

Stop Press: The Sunday Express also covers the report and I’ve also given a quote to the paper: “The Government needs to urgently address this problem or we’ll end up with another generation of Britain-hating, statue-toppling, pink-haired eco-loons.”