Why is the Architects Registration Board Insisting on Fealty to Climate Change Orthodoxy as a Condition of Qualifying as an Architect? 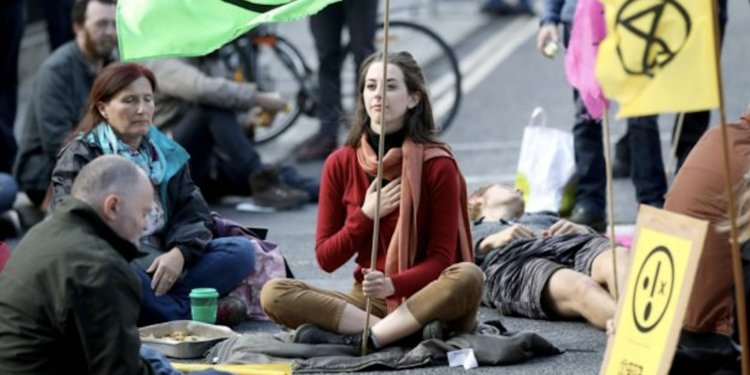 A rather boring organisation that regulates the architectural profession has quietly and unobtrusively got on with its business for years… unnoticed, unloved and uncared for. Until recently, that is.

In the last few years, the Architects Registration Board (ARB), the body whose primary duty is to regulate the use of the word ‘Architect’, has been given a mandate from the Government to respond to the politically awkward fall-out from the Grenfell Tower tragedy. As a result, it has been given more money, more authority and more visibility than ever before. It is increasing its staffing and its budget, but more importantly it is increasing its backroom influence. With random authority handed to a sleepy organisation that has long considered itself to be second fiddle to the more public-facing Royal Institute of British Architects (RIBA), such power has quickly gone to its head.

The ARB is unapologetically interfering in university education and legitimising its interventionist actions on the basis that there has been an extensive ‘consultation’. The consultations, of course, have predominantly been engaged in by interest groups that have mobilised to control the parameters of the narrative in their favour. On the issue of dealing with sustainability, for instance, the consultation has resulted in a national policy that says ‘Environmental Sustainability’ must now be included at every level of an Architecture undergraduate, postgraduate and professional diploma education.

• The principles of climate science
• The importance of advocating for sustainable or regenerative design solutions
• The relationship between social sustainability, social justice and environmental sustainability
• How to design to preserve, integrate and enhance natural habitats which encourage biodiversity and support access to green infrastructure space for communities
• Appropriate renewable technologies
• The use of onsite renewable energy generation or further offsetting, to achieve decarbonisation

If you have not been taught these matters – and if you cannot demonstrate that you have learned these environmental rules – then you will be refused access to the Register of Architects. In other words, you will not be allowed to qualify as an architect. In effect, students will be compelled to repeat a mantra in order to pass. There may be ways of pretending to jump through these ARB hoops, but its environmental criteria will still be the frame of reference.

As a result, the concept of academic freedom, long held to be the essence of a university education, is nowhere to be seen. Students and staff are no longer allowed to make up their own minds on environmental matters… if they want to pass. Regardless of the Higher Education (Freedom of Speech) Bill trundling its way through Parliament at the moment, the everyday reality in most architecture departments is that free expression and the freedom to disagree are no longer sacrosanct. Instead of critical enquiry, we have environmental advocacy as the only permissible answer.

In order to sweeten the pill, the ARB insists that “there is no assumption that this Guidance will be used as a curriculum in itself” but it understands “that some institutions will need to make changes to the structure and content of their qualifications. Those changes will need to be properly planned and resourced.”

To justify this brazen intrusion into each academy’s curriculum – into intellectual inquisitiveness, experimentation, ethical enquiry and critical engagement – the ARB confidently points out that there were 48 responses to the sustainability consultation. (There are over 42,000 architects in the UK.)

In the interests of full disclosure, there were 26 other responses from architects, including 12 academics (myself included). But it seems clear that a tiny minority of environmental activists have have imposed their views on architecture departments across the country.

For years a sleepy organisation, the ARB has become a monster and is revelling in its position as the gatekeeper of formal, acceptable debate on climate literacy and environmental sustainability. Of course, there may be scope to treat these topics ‘critically’ – in other words, to put another side to the debate – but with climate literacy induction and training courses in preparation in many universities – for staff and students alike – going against the climate shibboleths might be seen as going against the ethos of the university.

It was initially intended that this increased ARB mandate would merely relate to fire safety design (as one might have expected as a response to the Grenfell tragedy). But it has spiralled out of control. It is now yet another unelected regulatory organisation that thinks it has a mandate to interfere in the delivery of education at university level. A regulator checking whether a university is delivering a suitable education is one thing; mandating what must be taught – what the content and the permissible approach to content must be – is quite another.

Austin Williams is the director of the Future Cities Project and author of a number of books on the environment and on China. His latest book is China’s Urban Revolution.

The Hypocrisy of the Knee-Taking, BLM-Supporting, Rainbow Flag-Waving Football Panjandrums Who are Off to Qatar