Is a ‘Great Reset’ Inevitable? 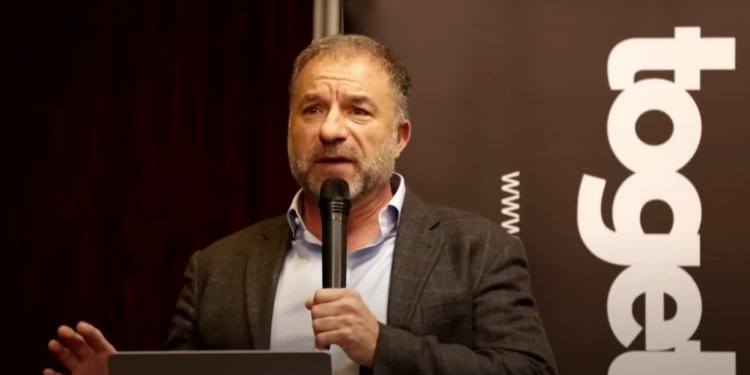 Public, in-person discussion of the Great Reset feels long overdue, distracted as we have been by lockdowns, masks, vaccines, climate and the ever-increasing difficulties of simply living an ordinary life. But do all these things need to be seen in the context of a global technocratic agenda to remove the relevance of the nation state, and to remove politics, justice, due process and individual choice?

On October 24th there was an in-person event to discuss the Great Reset organised by the Together Foundation and titled “#Together Talks: Is a ‘Great Reset’ inevitable?“

Foundation founder Alan Miller introduced proceedings with a stirring and engaging talk about the foundation, which supports robust free speech, democracy, freedom and our individual rights. He outlined the situation in British politics today, where a Government with a huge majority nonetheless seems to be under the control of ‘The Markets’. The events of the previous few days he described as a “technocratic seizure of Government” via the installation of Rishi Sunak and Jeremy Hunt, and reinforced by Keir Starmer. He mentioned the power of the World Economic Forum (the WEF, also known as Davos), the WHO, Gates Foundation, Blair Foundation, the technocratic elite and many more NGOs. In all this, what is the role of the public? Can we do anything?

Matt Gubba was the first of the panellists to speak. In his view the Great Reset is far from inevitable, and “lives and dies with public compliance”. He thinks the technology to put in place the digital ID, digital currency and social credit scoring system is many years away from being ready to go live. One danger we face is that these are being developed on the quiet, while our attention is diverted by other matters, and we need to keep fighting it.

Alan Miller described the way many of his followers argue that ‘it’s all done’ and so they don’t fight back and might as well just lie down in a ditch. Yet, he continued, we have done much good already, such as resisting the vaccine passport and mandatory vaccination for NHS staff. We can and must keep going, he said – to the quiet but obvious approval of everyone in the room (roughly 200 people).

Frank Furedi discussed the authority of the technocratic elites (the Science, the Experts). The only other authority is that of the people, he said, but instead the big decisions are made by distant and abstract institutions (IMF, WEF and others). There is no debate and no choice presented to the people, Net Zero being a case in point. The central problem we face, he argues, is the ‘national collaborators’ in each country. These encourage a type of snobbery which washes its hands of politics, pontificating that ‘politics is bad, it’s for idiots, it’s not for good people like us’. This is fundamentally wrong, he says, and we ‘the people’ must be dynamic makers of politics, not spectators or “voyeurs”.

Nick Hudson drew attention to the sheer volume of terrible work done by the WEF, including the false premise of a fixed capacity of the planet, and the generation of ‘global crises’ needing ‘global solutions’. ‘Stakeholder governance’ is especially bad, being a blending of monopoly companies and governments – the very definition of fascism, he suggested. The WEF may well not be the ultimate power in this, he argued, but it does generate the narrative, and the narrative drives reality. In a situation of mass propaganda, we need to get better at explaining its anti-human ideas to the public.

Michael Driver and Frank Furedi both drew attention to the relevance of the ‘culture wars’ in undermining our confidence, agency and individuality. We need to fight that directly and also develop our imagination, intuition, understanding, creativity and appreciation of beauty.

Ben Pile pointed out that Keir Starmer’s Green Prosperity Plan is exactly the same as Boris Johnson’s 10 Point Plan. There is no democratic legitimacy for Net Zero since all the large and medium parties included it in their manifesto so it was all but impossible to cast a vote against it. If you follow the money, every single green movement, from Extinction Rebellion to academics in major universities, are all connected via the funding that stems from the billionaires, he argues. The same individuals and organisations have pushed ‘divestment’ from energy companies, and this lack of capital investment has inevitably led to a scarcity which is entirely artificial and unnecessary, there being no lack of coal, oil and gas available for extraction. The WEF is not central to this agenda, he said, and we should not accept that it’s all written, done and dusted.

Tara McCormack revisited the question of how we got to where we are now, a situation where the Great Reset unfortunately appeals to quite a lot of people. When New Labour came to power in 1997 one of their slogans was “what matters is what works”. But ‘works for whom?’ is the relevant question that wasn’t addressed, she said. In reality, there was a systematic transfer of manufacturing capability away from Britain and Europe, and the demos has steadily been removed from decision-making and control. The setting of interest rates was transferred from politicians to the Bank of England’s technocrats. Outsourcing of public services meant an end to public involvement and oversight, with legitimacy derived from contracts not from the demos. PPP (Public-Private Partnerships) handed infrastructure as well as public services to private companies, who gained the profit while the public was left with the risk, at enormous ongoing cost.  We need to “repoliticise” the economy, McCormack argues, but she can find no answers as to how we ‘the people’ can get back to the centre of decision-making.

Alan Miller next invited questions and comments from the audience. These led to discussion of the obscene levels of national debt and transfers of wealth brought about via Covid and the Ukraine war, and the power and influence of China, specifically the CCP (Chinese Communist Party). Matt Gubba described the CCP as a very dangerous and insidious threat, as big as any other threat, reminding the audience that Jeremy Hunt’s wife works for them.

Other topics included the importance of supporting and buying from small and medium businesses, many now saddled with huge Covid debts at 17-18% interest rates, and of paying by cash rather than electronic transfer; education morphing into indoctrination via a controlled syllabus; and the WHO executive takeover, signed up to by both Biden and Johnson, which nobody voted for.

On the psychological side, a mental health worker described the dire impacts on ordinary people of the constant stream of fear pumped out by the Government and media. In fighting back against the Great Reset, we need to stay positive and loving and put out a positive energy, he said.  Many speakers commented that most of the general public remain oblivious to the technocratic agenda. Tara McCormack explained that the Behavioural Insight team has created a transferable model on how to create consensus, whether regarding Covid, Ukraine, or whichever crisis, they convey a message that ‘this is how all right-minded people think’, which is depressingly successful. The panel agreed that we need to keep talking to people, starting with their immediate concerns and then helping them to join just a few of the dots into the bigger picture.

Another speaker emphasised the importance of engaging in local events and community campaigns, even if on other matters we might disagree.

Another speaker suggested that part of the problem is that we lack a positive agenda of our own. I agree with this point, and think that many of us do have clear ideas that we need to articulate together, but Frank Furedi put his finger on it in his reply – that we are always playing catchup and reacting to the latest blow inflicted on us. But even that is better than giving up, he said.

Alan Miller concluded by calling on us to act with courage and to be inspiring and effective.

Towards the end I felt that there was a missed opportunity. The event was advertised as being from 7pm to 9.30pm. Although it started promptly, it finished at 9pm. At £25 a person, I admit I felt short-changed. The people who attended were highly committed; for example, a lady near me had travelled up from the South Coast for the event and was staying the night in a hotel. Another person had come from as far away as Cornwall. This half hour could have been used as an active planning session, with time to go around the audience and find out what they could contribute to the campaign, or to divide into several smaller groups to focus on a specific aspect.

Overall it was an excellent event, not just talking about the need for free speech and freedom of association, but actually doing it. I found that listening in person made things clear in a way that no amount of online videos can achieve, and the unusual perspectives on politics I found especially insightful and motivational. Without politics all we have left is tyranny. The full video is available on YouTube.