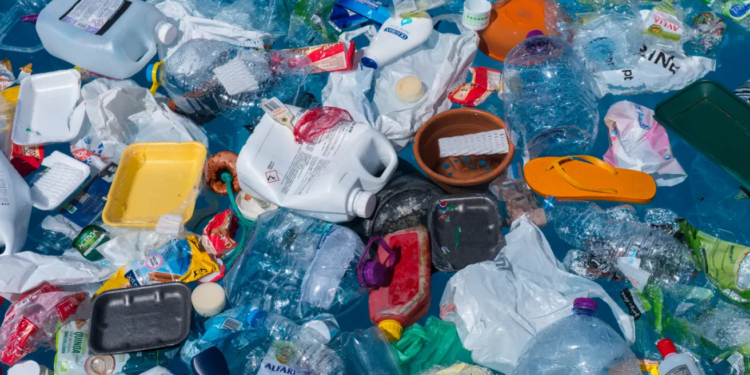 Recycling plastic has wasted vast sums on “an enterprise that has been harmful to the environment as well as to humanity, says John Tierney in City Journal, and now even Greenpeace has admitted the truth on this. He writes:

Now Greenpeace has seen the light, or at least a glimmer of rationality. The group has issued a report accompanied by a press release headlined, “Plastic Recycling Is A Dead-End Street – Year After Year, Plastic Recycling Declines Even as Plastic Waste Increases.” The group’s overall policy remains delusional – the report proposes a far more harmful alternative to recycling – but it’s nonetheless encouraging to see environmentalists put aside their obsessions long enough to contemplate reality.

The Greenpeace report offers a wealth of statistics and an admirably succinct diagnosis: “Mechanical and chemical recycling of plastic waste has largely failed and will always fail because plastic waste is: (1) extremely difficult to collect, (2) virtually impossible to sort for recycling, (3) environmentally harmful to reprocess, (4) often made of and contaminated by toxic materials, and (5) not economical to recycle.” Greenpeace could have added a sixth reason: forcing people to sort and rinse their plastic garbage is a waste of everyone’s time. But then, making life more pleasant for humans has never been high on the green agenda.

These fatal flaws have been clear since the start of the recycling movement. When I wrote about it a quarter-century ago, experts were already warning that recycling plastic was hopelessly impractical because it was so complicated and labour-intensive, but municipal officials kept trying in the hope that somebody would eventually find it worthwhile to buy their plastic trash. Instead, they’ve had to pay dearly to get rid of it, typically by shipping it to Asian countries with cheaper labour and looser environmental rules. In New York City, recycling a ton of plastic costs at least six times more than sending it to a landfill, according to a 2020 Manhattan Institute study, which estimated that the city could save $340 million annually by sending all its trash to landfills.

The environmental price has also been high because the plastic in American recycling bins has gone to developing countries with primitive waste-handling systems. Much of it ends up illegally dumped, burned (spewing toxic fumes), or reprocessed at rudimentary facilities that leak some of the plastics into rivers. Virtually all the consumer plastics polluting the world’s oceans comes from “mismanaged waste” in developing countries. There’d be less plastic polluting the seas if Americans tossed their yogurt containers and water bottles into the trash, so that the plastic could be safely buried at the nearest landfill.

The Environmental Protection Agency has promoted recycling as a way to reduce carbon emissions, but its own figures show that the benefits are relatively small and come almost entirely from recycling paper products and metals, not plastic. I’ve calculated that to offset the greenhouse impact of one passenger’s round-trip transatlantic flight, you’d have to recycle 40,000 plastic bottles – and if you used hot water to rinse those bottles, the net effect could be more carbon in the atmosphere.

While finally admitting the futility of plastic recycling, Greenpeace is making no apologies for the long campaign to foist it on the public, and the group is unashamedly pushing a new strategy that’s even worse. It proposes finally to “end the age of plastic” by “phasing out single-use plastics” through a “Global Plastics Treaty.” This is a preposterous goal – imagine “phasing out” disposable syringes – and would be laughable except that environmentalists have already made some progress toward it. They’ve found yet another way to harm both the environment and humans, as demonstrated in the movement to ban single-use plastic bags.

Banning single-use plastic grocery bags has added carbon dioxide to the atmosphere by forcing shoppers to use heavier paper bags and tote bags that require much more energy to manufacture and transport, John says. The paper and cotton bags also take up more space in landfills and produce more greenhouse emissions as they decompose.

Why demonise plastic, he asks. “Why ban products that are cheaper, sturdier, lighter, cleaner, healthier, and better for the environment?”

Is a ‘Great Reset’ Inevitable?

“There is no Climate Emergency”: Hundreds More Sign the World Climate Declaration, Including 20 Professors