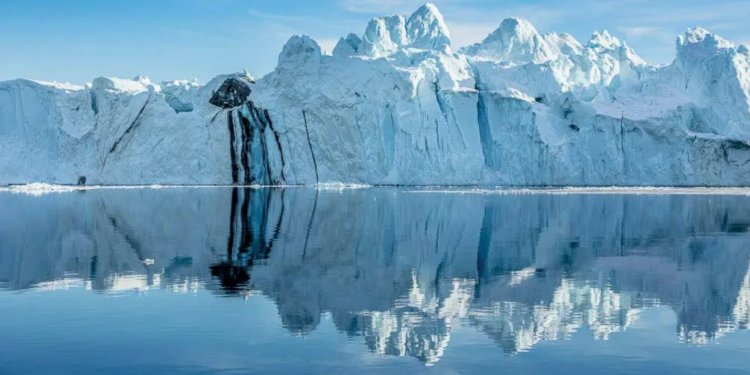 Whisper it quietly, but the Greenland ice sheet may have made a net gain in size in the year to August 2022. A massive boost of 471 billion tonnes of ice was created on the surface during the last recorded year, the 10th highest increase in 42 years, and much higher than the 1981-2010 annual average of 368 billion tonnes. This year’s surface gain, known as surface mass balance (SMB), continues the spectacular recovery seen on the ice sheet from 2012, when a low of 38 billion tonnes was reported. This year’s figure, while high, was beaten in 2017 and 2018 when over 500 billion tonnes were created on the surface. The 2022 figures and comparisons can be seen in the graph below, compiled by the Danish Meteorological Institute (DMI).

The news of course has been ignored by COP27-fixated media operations who are concentrating all their efforts on catastrophising natural cycles and bad weather events. But this line of work is getting harder and increasing scepticism is afoot. Coral has recently grown back in record amounts on the Great Barrier Reef. In the wider Arctic, the summer sea ice has shown further impressive growth. Wherever you look, it seems bears and penguins are thriving in their polar habitats. The Greenland ice sheet news is rounding off a very bad year for those in the pseudoscience-based, doomsday business.

Surface mass, of course, is not the whole story on the Greenland ice sheet. There is also natural loss around the edges of the country dramatically displayed by the ‘calving’ of ice at the shore and the release of icebergs into the North Atlantic. According to the green activist site Carbon Brief, annual calving losses have averaged around 500 billion tonnes this century. But this estimate, which doesn’t seem to change much year-on-year, is a computer-modelled figure. There are enormous difficulties involved in computing a realistic figure. Ice loss is caused by many little-understood processes, such as warming and friction below the surface. Satellites can provide useful input, but limited observations mean they miss a great deal of the action. Various ocean currents react with water pouring down from fjords, while the ice flowing from this internal source can help or hinder calving.

As with most climate models, given the impossibility of producing accurate projections from incomplete and often estimated original data, a generous allowance must be made for margins of error. Carbon Brief recently reported that the losses reached over 550 billion tonnes this year, which meant an overall deficit of 84 billion. But the previous average estimate of 500 billion tonnes would lead to a loss of only 29 billion.

It can reasonably be suggested that both of these loss figures are within a margin of error for measuring this natural process, and as a result the Greenland ice sheet may be starting to increase in size. But even if the 84 billion tonnes loss is accurate, it would still take around 34,000 years for the ice sheet to disappear. The total amount of ice in Greenland is estimated at 2.85 quadrillion tonnes, so with a 29 billion loss there will still be some around in 100,000 years, by which time another major glaciation will probably be underway. Admittedly we are starting to delve into the realms of fantasy here, but none of these figures would seem to justify the horrendous economic and societal costs of pursuing the truly fantastical command-and-control Net Zero agenda within less than 30 years, premised in part on the melting of the Greenland ice sheet.

The recovery in the Greenland ice sheet in recent years has sent scientists scrambling to find explanations. On October 2nd, the Daily Sceptic published the findings of three Japanese climatologists, who found “frequent occurrence of central Pacific El Niño events has played a key role in the [abrupt] slow-down of Greenland warming and possible Arctic sea ice loss”. Changes around Greenland can be attributed to “natural variability, rather than anthropogenic forcing”, noted the scientists, “although most climate models were unable to reasonably simulate the unforced natural variability over Greenland”. Of course these explanations suggesting considerable natural involvement in climate change trends do not accord with those who preach a ‘settled’ view of the matter, and claim humans are responsible for all climate change over the last 150 years.

Greenland gains ice from September to around June each year. Surface losses therefore only occur during the short summer, and this year that season was cold and snowy. The summer was said to have been brought to a stop in mid-August with a 20 billion-tonne snow dump on the south of the island. According to a report on the Electroverse website, this summer chimed with recent years and was characterised by “several monstrous, record-smashing snowfall events”. Fresh snow is noted to reflect sunlight better, and as a result the onset of melting on the ice sheet was two-and-a-half weeks later than normal.

None of this was particularly unusual. It’s called weather. A couple of thousand miles to the east, the U.K. had a pleasant and at times hot summer. Two days were very hot, causing a feverish Piers Morgan to tell his TV audience that “we are heading for an apocalypse”. It is also called weather.