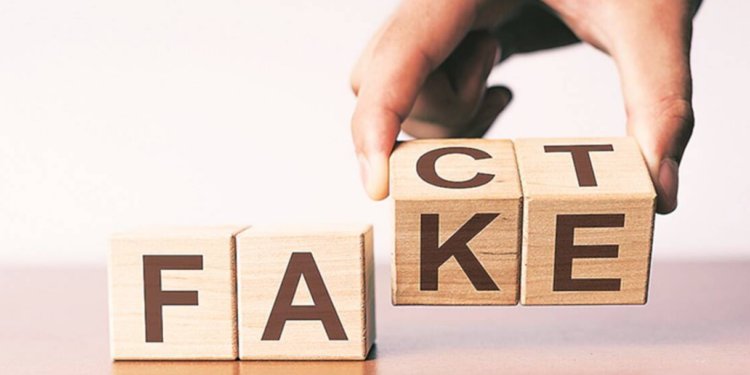 A confused ‘fact-check’ from Agence France-Presse (AFP) claims that the Daily Sceptic published a misleading claim in saying: “Studies of Greenland show climate change is caused by natural factors, not carbon emissions.” We did no such thing. In an article published on October 2nd, we reported on a paper written by three Japanese climatologists commenting specifically on the recent decade-long slowdown of melting on the Greenland ice sheet. We noted the scientists wrote that “frequent occurrence of central Pacific El Niño events have played a key role in the slow-down of Greenland’s warming and possibly Arctic sea ice loss”.

In a crucial finding, possibly missed by the AFP ‘fact-checker’ since it appears in the main body of the paper, there was an additional comment about this spell of Greenland warming dating back to 2012: “This nonuniform Arctic warming can be attributed to natural variability, rather than anthropogenic forcing, although most climate models are unable to reasonably simulate the unforced natural variability over Greenland.”

What we did do, and what seems to have caused misunderstanding, deliberate or otherwise on social media and elsewhere, was publish the scientists results and then state: “Of course such findings play havoc with the simplistic ‘settled’ science notion that carbon dioxide produced by humans burning fossil fuel is the main, if not only, driver of global temperature warming – or cooling – a notion that leads many green activists to claim that the climate will stop changing if society signs on to a ‘Net Zero’ agenda.”

Lead author Shinji Matsumura told AFP that we had “misrepresented” his paper. He said he did not agree with our claim that his findings played havoc with the claims around anthropogenic warming. Of course we don’t consider that we misrepresented his findings, not least because we provided a link for readers to check the original source. But we accept that he doesn’t agree with the opinion expressed that it casts doubt on ‘settled’ science anthropogenic warming – even though it shows that the rate of Greenland ice melt is heavily affected by a natural process. What, might be asked, is AFP actually fact-checking here?

In a recent ‘fact-check’ of a Daily Sceptic article, Facebook partner Climate Feedback claimed there had been no natural climate change for almost 200 years. It quoted Professor Timothy Osborn of the University of East Anglia, who said: “The warming from the late 1800s to the present is all due to human-caused climate change, because natural factors have changed little since then.”

As regular readers know, we try to present all sides of the climate argument The role of CO2 in atmospheric warming is currently a subject for considerable debate within science circles, but due to massive political and economic pressure is subject to a rigidly enforced news blackout in the mainstream media. There is no doubt that Dr. Matsumura believes carbon dioxide emissions play a part in climate change, but he is a good enough scientist to look and report on some of the other influences that affect the climate. For almost 20 years, a political ‘settled’ science narrative has been allowed to grow, suggesting that humans are solely responsible for the climate changing. The Daily Sceptic reports the abundant evidence, often embedded within papers that suggest human involvement is substantial, that shows this is simply not true.

Our recent article also went on to note that large changes in temperature have regularly occurred over the last 12,000 years. We noted that geologists have a name for the period when temperatures were much higher – the Holocene Thermal Maximum. We reported on evidence from a Greenland ice core that found Greenland cooled around 8,200 years ago by up to 3.3°C over 20 years, followed by a similar rise over 70 years. AFP contacted the author of the paper, Takuro Kobashi, who claimed we “misunderstood the climate of the Holocene”. AFP said the aim of the author was “to quantify possible impacts about future climate change” from greenhouse gas emissions caused by humans. Kobashi says he now thinks that it “may be that global average surface temperature is now the warmest”, a view, of course, that is de rigueur among many state-sponsored scientists.

Finally, AFP claims we made a “misleading sea ice claim”. We noted that the recent recovery of Arctic summer sea ice has been spectacular, with the U.S.-based National Snow and Ice Data Center (NSIDC) reporting that this year’s September minimum was 1.28 million square kilometres higher than the 2012 low point of 3.39 million. The NSIDC said “although there was a wider spread of ice” than in 2012, this year’s reading was below the 1981-2010 average. “The article misrepresents the data,” AFP noted.

Quite how AFP came to the conclusion that our reporting was misleading by comparing one fact – September summer sea ice in 2022  – to another separate one – a 30-year average ending 12 years ago – is a bit of mystery. AFP even accepts that there “was a wider spread of ice” in 2022 than 2012. But according to AFP it is “misleading” to report this inconvenient fact.

China Began Stockpiling PPE in September 2019, Months Before Notifying the World About the Coronavirus