Ukraine Was Behind Assassination of Darya Dugina, Says U.S. 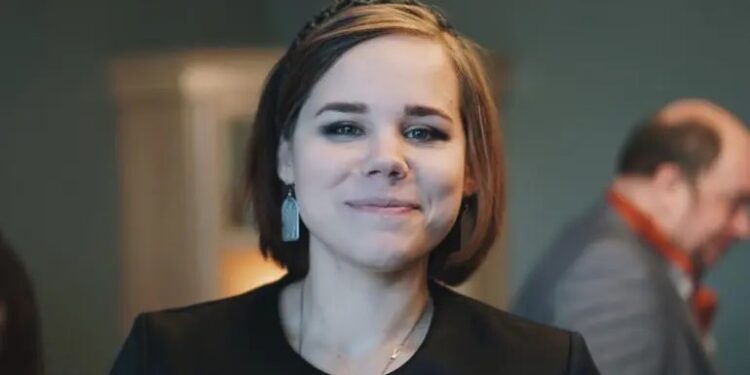 On August 20th, Darya Dugina – daughter of the Russian nationalist philosopher Aleksandr Dugin – was killed by a car bomb on her way to Moscow. Like her father, Dugina had been a staunch advocate of Russia’s invasion of Ukraine. She’d even been sanctioned by the British Government, which described her as “a frequent and high-profile contributor of disinformation in relation to Ukraine”.

Two days after her death, the FSB (the successor to Russia’s KGB) alleged that Ukraine was responsible. Yet the Ukrainian Government denied any involvement, and there was speculation that the killing was a false flag carried out by the FSB – perhaps with the aim of bolstering support for the war.

U.S. intelligence agencies are not omniscient, of course. But they have no reason to falsely blame Ukraine, which suggests the leaked information is probably accurate.

What’s more, U.S. officials went out of their way to distance themselves from the killing. As the New York Times noted:

The United States took no part in the attack, either by providing intelligence or other assistance, officials said. American officials also said they were not aware of the operation ahead of time and would have opposed the killing had they been consulted. Afterward, American officials admonished Ukrainian officials over the assassination, they said.

Now, intelligence agencies usually have a reason for leaking information; they don’t do it just to keep the public informed. What could the reason be here?

One possibility is that the U.S. is trying to preempt retaliation from Russia by signalling that it does not condone attacks on civilian targets, and hence that it was not responsible for the sabotage of the Nord Stream pipelines. I should emphasise: this is entirely speculative on my part. But the timing of the leak is certainly interesting.

(I’m aware the U.S. has attacked civilian targets in the past: in May 1999, it bombed Serbia’s energy infrastructure, shutting off power to about 80 percent of the country. My point is about what the U.S. might be trying to signal in this particular case.)

On the other hand, Gazprom has announced that part of the Nord Stream 2 pipeline may still be operational, which – as I noted in my article on Tuesday – raises the probability that Russia was behind the sabotage.

Like everyone else, I had been led to believe the sabotage had rendered both pipelines inoperable. This would have been very bad for the Russians, making it highly unlikely that they were responsible. However, if only Nord Stream 1 has been rendered inoperable, the situation for Russia is not nearly so bad.

Since July, Russia has been trying to coax European countries into undermining their own sanctions – perhaps in an effort to split the Western alliance. Europe agreeing to open Nord Stream 2 would therefore be a strategic victory for the Russians, even if it came at the expense of half the pipeline.

In other words: it’s possible that Russia did sabotage the pipelines – as a way to force Europe to open Nord Stream 2 and thereby violate its own sanctions. But to make it look like someone else was responsible, they had to blow up Nord Stream 1 as well as part of Nord Stream 2.

To be clear: I don’t give this theory much credence. But to my mind, Gazprom’s announcement means we can’t rule out Russia as the culprit.

Why Did the Coronavirus Suddenly Cause Thousands of Deaths in Spring 2020 When it Had Been Hanging Around Quietly All Winter?