Forecasters are Predicting a Cold Winter in Europe 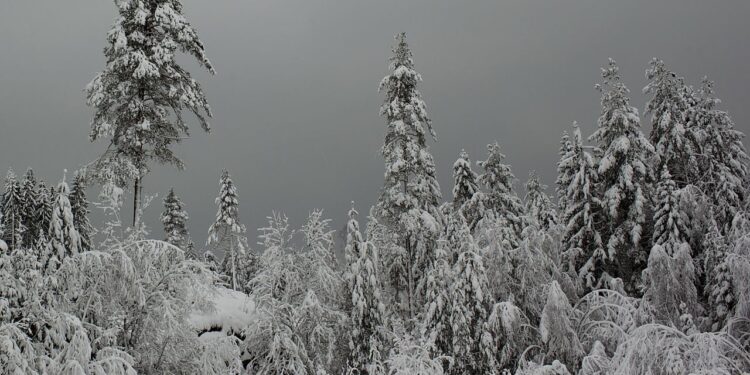 Yesterday, Gazprom announced that one of the two lines comprising the Nord Stream 2 pipeline may still be operational. (Which, incidentally, slightly raises the probability that Russia was behind the sabotage.) Although Line B’s capacity is only a quarter of the total, turning it on could make a tangible difference to European energy prices.

However, this doesn’t seem very likely to happen. Europe has been planning more sanctions on Russia, not fewer – since the latter formally annexed four regions of Ukraine last week. So even if Gazprom can get Line B up and running this winter, Europeans will probably just have to take the pain.

How much pain? For months, analysts have been saying that it all depends on weather. Gas consumption is closely related to temperature because gas is the main source of fuel for domestic heating. Here’s a chart showing the relationship in France, taken from a recent academic paper.

As you can see, the two are extremely closely related; the correlation is on the order of r = –.95. And France isn’t some weird outlier: it’s the same for Italy, Spain, Belgium, the Netherlands, Germany, Poland and the U.K. (Note: this only applies to distribution; the industry correlation is much lower in some of the other countries.)

“If we get a mild winter like last year,” Javier Blas noted back in August, “Europe may be able to weather the problem”. Though he added, “If it is cold in Japan, there is also trouble in Europe because it means that Europe is gonna have to compete with Japan for LNG supplies”.

So, will Europe get a mild winter? Unfortunately, it looks like we may not.

On Sunday, the FT reported that scientists at the ‘European Centre for Medium-Range Weather Forecasts’ are predicting a period of high pressure over Europe in November and December. This is likely not only to push down temperatures (increasing demand for gas), but also to bring less wind and rainfall (reducing supply from renewables).

As the Centre’s director Florence Rabier noted, “If we have this pattern then for the energy it is quite demanding”.

To add to Europe’s woes, gas demand actually rose during the continent’s first cold snap last week, which indicates that demand-reductions measures are not having their intended effect. Industrial consumption has declined, but that’s not due to voluntary demand reduction; it’s due to factories shutting down.

At this point, Europeans may simply have to hope the forecasters are wrong.