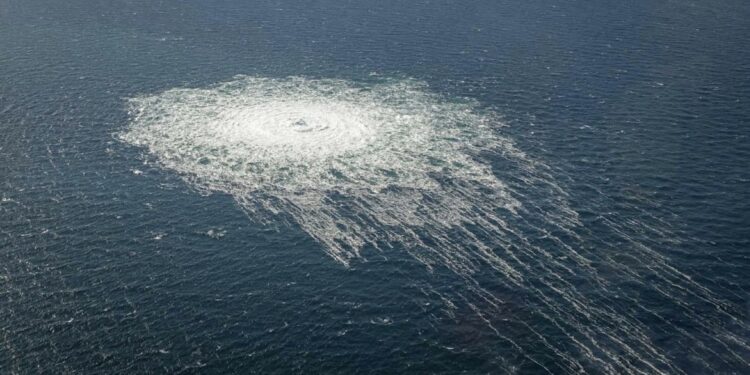 It’s been a week since the two Nord Stream pipelines sustained “unprecedented” damage in an apparent act of sabotage. And we’re no closer to finding out who’s responsible.

In my previous article, I listed the four prime suspects: Russia, the U.S., Poland and Ukraine. And I said that if I had to guess, Ukraine is the most likely culprit.

The Ukrainians have long opposed Nord Stream 1 and 2, since they bypass the pipelines running through their country, denying them lucrative transit fees. But in this case they had another, even stronger motive: stopping Europe from offering concessions to Russia in exchange for gas.

What’s more, Russia has been pummelling Ukraine’s infrastructure in recent weeks, so retaliating against the pipelines wouldn’t be a major escalation on Ukraine’s part.

And since the pipelines are jointly owned by Russia and Germany, the other three prime suspects all had an obvious reason not to sabotage them: doing so could spark a direct confrontation between two-nuclear armed powers.

Of course, if the Ukrainians are responsible, this technically means they attacked Germany – which, technically, should trigger Article 5. But we may never find out who did it. And even if we do, and it turns out to be Ukraine, retaliation from NATO doesn’t seem very likely.

Since my previous article was published, two additional pieces of evidence for the ‘it was Ukraine’ theory have come to my attention. Neither changes the balance of probabilities much, but I think they’re worth discussing.

First, I was reminded by journalist Michael Tracey of the sabotage of Russia’s military airfield at Saky in Crimea. As you may recall, there was a huge explosion, and half a dozen fighter jets were apparently destroyed. The attack took place in mid-August, and several weeks later the Ukrainians officially claimed responsibility.

Saky is located on the western coast of Crimea, suggesting that the operation had an amphibious element. And if the Ukrainians were able to execute such an operation in Crimea, that raises the probability they were behind the sabotage of the Nord Stream pipelines – not by much, but it does raise it.

Second, the German magazine Der Spiegel published an article about the Nord Stream sabotage, which contained the following revelation:

The Germans were warned in summer by the CIA about a possible attack scenario on the Nord Stream pipelines. U.S. intelligence claimed to have intercepted Russian communications in which concerns were expressed about possible Ukrainian attacks on Western infrastructure. The Ukrainians allegedly tried to rent a boat in Sweden for this purpose. The CIA did not consider the scenario of a Ukrainian attack to be very credible, but the mere fact that the possibility of an attack on Western infrastructure was mentioned by the Russian side prompted the Americans to warn the Germans about the scenario.

Again, this shouldn’t cause us to dramatically update our priors. After all, the CIA apparently “did not consider the scenario of a Ukrainian attack to be very credible”. But at the same time, it isn’t nothing.

I’m not extremely confident in the ‘it was Ukraine’ theory. The culprit could still be one of the other prime suspects, or perhaps another country (like Estonia) or a non-state actor (eco-terrorists maybe). But taking all the evidence together, that’s where I’d put my money.

Hospitals Cancel 22,000 Appointments Every Day as 6.8m Wait for Treatment Due to Lockdown Backlog